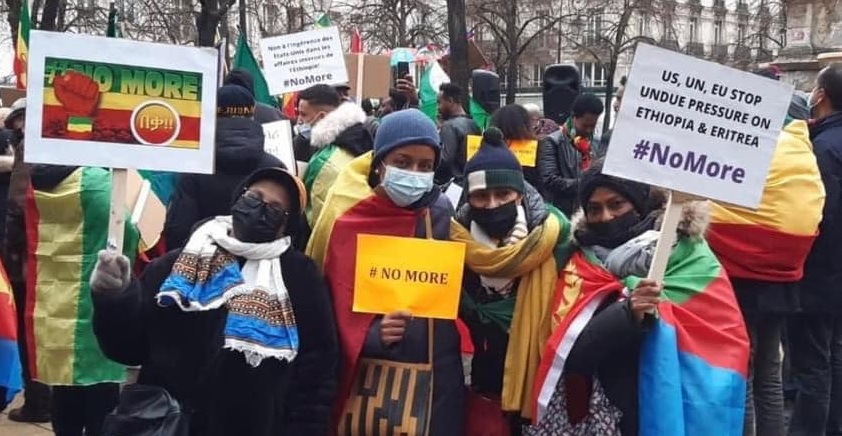 Africa-Press-Ethiopia JUBA – A large group of Ethiopian citizens in the French capital Paris have taken to streets to protest what their government back home calls an ‘undue’ international pressure on Addis Ababa over the ongoing conflict in northern parts of Ethiopia, according to the ministry of foreign affairs.

In a statement the foreign ministry said Ethiopians in France and neighboring countries of European Union came out to protest the Western pressure against the government in its fight against the Tigray People’s Liberation Front (TPLF) which it has since designated as a terrorist organization.

“Large number of Ethiopians and community members from neighboring countries & from the rest of Africa have come out in Paris to show their strong and solidarity with Ethiopia. They have denounced the undue pressure being applied by some in the international community on the Ethiopian Government,” the foreign ministry statement reads in part.

It said the Ethiopian federal government forces are “only fulfilling its duty in defending the welfare of the Ethiopian people and the integrity of the Ethiopia State,” adding that it was “the TPLF that started the conflict by massacring members of Ethiopian Defenses Forces based in Tigray in November 2020.”

“It is the TPLF that has perpetuated the most gruesome human rights violations with mass killing of civilians, rape and destruction of public and private properties in Amhara and Afar regions,” it added.