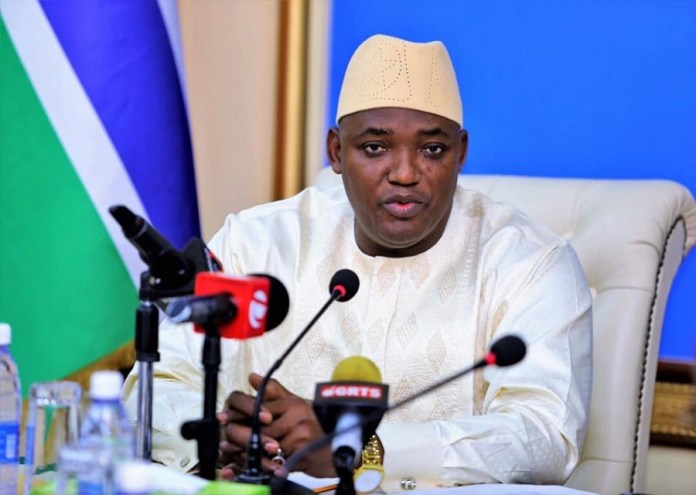 Ambrose Alli University, Ekpoma, Edo State, at the weekend awarded the President of The Gambia, His Excellency, Adama Barrow and Chairman of Ecobank Transnational Incorporated (ETI), Emmanuel Ikazoboh, with honorary Doctorate Degree of Business Administration on the occasion of its 22nd convocation ceremony.

The university, in its citation, said Ikazoboh, former chairman of the audit firm of Akintola Williams Deloitte (now Deloitte) and later chief executive of the Nigerian Stock Exchange (NSE), was honoured for being a man of sustenance and distinction, committed to hopes, ideals, and aspirations of a better Nigeria and Africa in general.

He was similarly described as a man with a noble spirit as well as one with proven public experience, an economic strategist, a matchless financial tactician and a silent guru of pragmatic composure.

Reacting to the honour, Dr Ikazoboh told newsmen that the honour was special to him, because of the regards he has for the late first elected governor of the then Bendel State and founder of the university, Prof Ambrose Folorunso Alli, whom the institution was named after.

He recalled the role Prof. Alli played in ensuring that education remained the foundation of Bendel State (now Edo and Delta) while expressing gratitude for his theory of “develop the people and the people will develop the nation”. He expressed delight that the dream of Prof Alli was being realised in the Ambrose Alli University (formerly Bendel and later, Edo State University).

President Adama Barrow has revealed that the majority of his next cabinet positions will go to the members of his NPP and its coalition...

Statement : H.E. Adama Barrow,  President of the Republic of The Gambia Laying of the Foundation Stone for the Construction of the National...