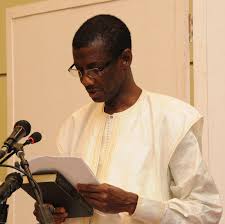 President Adama Barrow was informed that The Gambia government and a consortium of donors have agreed to fast track construction works of the permanent campus of the University of The Gambia in Faraba Banta, following a two-day financing meeting.

News of the agreement was revealed by the Minister of Higher Education, Research, Science and Technology, Hon. Badara Joof, who led a delegation to the State House on Wednesday 4th September 2019 to present a report of the funding meeting to President Adama Barrow as well as to seal the final arrangement on the completion of construction works of the UTG Faraba Banta Campus. Part of Minister Joof’s delegation included officials from funding partners such as the Kuwaiti Fund, Islamic Development Bank, Arab Bank for Economic Development in Africa (BADEA), OPEC and, the Saudi Fund.

“The state of works at the campus is slow, and it needs to be improved. That is why they are here to make sure that we accelerate the pace of works at [the] Faraba Banta campus”, Minister Joof said, revealing that he was hoping that the project will be inaugurated by 2021.

Since the signing of the project in 2010, it has had financial challenges that hampered the completion of the construction works. The meeting with the partners was able to secure $37 million, out of the $54 million total sum, for the first phase of the project.

“Lot 1 funding has already been secured and it covers the construction of the six faculties of the University. Lot 2 is awaiting a request from the government towards other facilities of the campus,” Minister Joof said.
Saud A.A. Al-Ammar, Engineering Advisor at the Kuwait Fund, explained that the meeting succeeded in solving the obstacle for the continuation of an “ important project for The Gambian people”.

“At this stage, we agreed we should all do our best to finish this project which is a key priority of the government,” said Al-Ammar, noting that they are willing to share the gaps in the components and move on to component B that comprises other facilities of the university.

Mr. Cheick Amadou Kader Diallo, Operations Team Leader for Education at the Dakar office of the Islamic Development Bank described the meeting as “a very important donor meeting that is geared towards contributing to the implementation of the Faraba Banta University Campus.”

What is wrong with our education system?