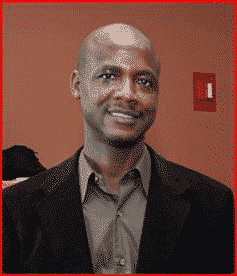 President Barrow Don’t Break Two- Term Limit Pledge In the New Constitution.
Alagi Yorro Jallow
Mamudu: When the new government of President AdamaBarrow took over the reins of government from Yahya Jammeh, Gambians danced in the streets and hoped for a brighter political future that would dispense suffering without reason and emotive fear as well as  scrapped antiquated laws on the statute book(s), effectively dismantling the archaic laws . The 2016 Coalition campaign agenda and its election promise principally included a Presidential two- term limit. In other words, no president will be in power for life.

Yahya Jammeh, the former president of the Gambia who has been president for almost over two decades in power, lost December’s presidential election to AdamaBarrow in December, 2016 elections but has refused to leave office. Yahya Jammeh has been given short notice to leave the country after regional leaders sent troops across the border in support of his successor. The Ecowas union of West African states said its troops would forcibly remove Mr. Jammeh from power unless he agreed to finally hand power to his democratically elected successor, Adama Barrow.

Mamudu: Yahya Jammeh’s departure heralds the first democratic transition of power the Gambia has seen. Jammeh initially accepted defeat but later rejected the election result and declared a national state of emergency in an attempt to cling to power.

In neighboring Senegal, there is a social media-based gossip and un-informed media commentary, civil society groups, opposition camps and in government quarters through the grapevine insinuating that President Macky Sall would embark on a third term ambition with effect from 2024.

Mamudu: Of late, in Senegal, Presidential term limits spark hot debate. Concerning Macky Sall ambitious plans to diversify, Senegalese economy is suspected to do a third term. There are no circumstances nor set of circumstances under which President Sall may seek to amend the Constitution or elongating the two-term limit on holding office as President. President Sall intends to serve his full second elected term in office, ending 2024 and then there shall be a general election in which he may not be a candidate.

During his 2012 campaign, Sall said he would reduce presidential term limits if elected. But a referendum was held to shorten the term from seven to five years. The Senegalese leader’s 2012 promise to shorten the presidential term was welcomed in a continent marked by leaders eliminating or extending term limits. President Sall’s victory over Senegalese strongman Abdoulaye Wade who was running for a third term after a constitutional amendment increased the five-year presidential terms to seven years – was welcomed by the international community.

President Sall completed a controversial seven-year mandate last February 2019, ditching a campaign promise to cut the presidential term to its original five years. Macky Sall made a U-turn on his 2012 campaign promise to shorten the country’s presidential term. President Sall said he would follow the recommendation of the constitutional council, which said such a change would not be consistent with the spirit of the constitution.

At least five people have been killed in Guinea during demonstrations called to oppose a possible change to the constitution that could allow President Alpha Conde to run for a third term.
Mamudu: Presidential term limit provides a way to deliver power into the hands of the people and strengthen democracy. It changes national goals from individual power of the leaders to public service and the good of country.
Fossilized leadership which entrenches itself through manipulation and control of party politics is an anathemato the principles of democracy and growth. And democracy is something that goes beyond simply being an inheritance for citizens of our country.
Mamudu: Gambians have had more than our fair share of political leaders with megalomaniac and monopolistic political tendencies who continued to rule and refused to give way even though it was obvious that the time for change had come. Presidential term limits were/are intended to, among other things, protect a democracy from becoming a de facto dictatorship where a leader would effectively have monopoly of power with the likelihood of almost declaring himself/herself ‘president for life’ as Yahya Jammeh desired to cling to power in the example of the reality that obtained in Uganda and Zimbabwe. This can suffocate new talent and stifle a democracy.

Mamudu: The two-term limit provision is a very important feature in the constitution of the most powerful democracy: The United States of America. Section 1 of the 22nd amendment to the US Constitution provides that: No person shall be elected to the office of the President more than twice, and no person who has held the office of President, or acted as President, for more than two years of a term to which some other person was elected President shall be elected to the office of the President more than once.
Mamudu: It has often been said that whilst American Presidents leave office with dignity and grace, Westminster Prime Ministers cling to power to the very end and are often forced out of office in indignity and disgrace. The empirical evidence demonstrates that there may be merit in this and this is one reason why the Gambian people must add their voice to limit the tenure of president to two terms or ten years. Some 95 countries worldwide have term limits of two terms for their Heads of Government and we must do everything to make The Gambia become the 96th country to have term limit.
Mamudu: In our relatively young life as an independent nation, we have had more than our fair share of good and bad experiences. Gambians have seen some of the darkest days and have experienced some of the most remarkable changes since we attained independence with significant and historic constitutional measures which are designed to put power back into the hands of the ordinary people. Re-defining our democracy in a way that reflects the thinking of today’s people, and defending the people’s right to decide and command their Government can very well emerge as the single most important legacy our generation leaves behind.
Mamudu: There remains a constituency of persons scattered far and wide throughout The Gambia who believe our system of governance should morph into a creature that resembles the American system of governance. In America, a presidential election is held every four years; and Americans find themselves at the polls principally to elect a man or woman who they feel suits the job. However, the man or woman who secures the job is only permitted to hold that position for four or eight years.
Mamudu: I have always opined that the American system of limiting the number of terms a president is elected is a significant and historic constitutional measure which is designed to put power back into the hands of the ordinary people.

Macky Sall’s statement sticking to a seven-year term came when Ugandans handed 75-year-old Yoweri Museveni a fifth term in office and the start of his fourth decade in power. Museveni, who seized power in 1986, is one of Africa’s longest serving leaders, after Equatorial Guinea’s President Theodore Obiang Nguema Mbaso and Cameroon’s Paul Biya.

Mamudu: A Ugandan constitutional court ruling that upholds a constitutional amendment to remove the presidential age limit will likely allow President Yoweri Museveni to extend his 32-year iron grip on power. In December, the country’s parliament amended the constitution, removing the article that limited anyone from serving as president past the age of 75, prompting widespread protests from opposition lawmakers and rights groups.

Mamudu: The constitutional amendment guarantees 75-year-old Museveni a lifetime rule over the country, they said. This is the second time Uganda’s parliament has amended laws paving the way for Museveni, who has been in power since 1986, to be president for life. In 2005, legislators removed presidential term limits to allow Museveni to stay in office. He was elected for a fifth consecutive term in the country’s 2016 elections, during which the opposition leader was jailed. Opposition activists have accused the President of rigging polls.

Mamudu: Presidential term limits continue to be an issue in Africa, where several leaders have extended their election mandates to stay in office. In Burundi, President Pierre Nkurunziza holds on to power despite violence that heralded his third term re-election in 2015. Rwanda’s President Paul Kagame has a seven-year tenure and he’s on his third term in office.

However, Zimbabwe’s Robert Mugabe was forced to relinquish power in 2017 after 37 years of autocratic rule. The 94-year-old had ruled the country since its independence in 1980.

Mamudu: When President Sall took office in April 2012 at the age of 51, Sall was hailed as one of Africa’s top 10 youngest leaders in a continent historically dominated by “Big Men” – as Africans dub their septuagenarian and octogenarian leaders who have clung to power.

President Adama Barrow has revealed that the majority of his next cabinet positions will go to the members of his NPP and its coalition...

Statement : H.E. Adama Barrow,  President of the Republic of The Gambia Laying of the Foundation Stone for the Construction of the National...