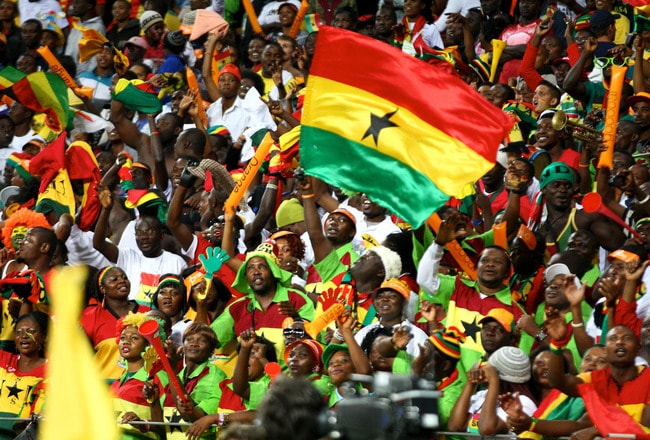 Ghana holds a special place in pan-African history. The West African nation is revered as the first sub-Saharan country to gain independence and has traditionally been celebrated as the leader in African democracy and development.

On 6 March 1957, Ghana, under the leadership of Kwame Nkrumah, gained independence from British rule, ending decades of white minority dominance. Ghana played a central role in the decolonisation of Africa. The country’s independence was significant for the continent as it resembled the collective strength of the African spirit, and served as a precedent for many African countries to break free from the clutches of colonial rule.

The country celebrates 60 years of freedom, we take a look at the significance of this milestone and a few things to know about the country’s Independence Day.

Formerly known as The Gold Coast due to its abundance of the precious metal, Ghana was named after the ancient Ghana Empire, which was located in the north of modern Ghana and between Rivers Senegal and Niger. Ghana was colonised for over a century by the British. Before colonisation, the country was made up of several independent kingdoms, including Asante (Ashanti), Gonja, and Gadoma.

Kwame Nkrumah and the Big Six

Ghana’s journey to independence was led by the visionary leader Kwame Nkrumah. To Nkrumah, Ghana’s freedom was significant not only for the West Africa nation but for the whole of Africa too. In his Independence Day speech in 1957, he stated, “Our independence is meaningless unless it is linked up with the total liberation of the African continent.” Inspired by Ghana, more than 30 African countries broke free from colonial rule within the next decade.

While Ghana’s independence is largely attributed to Nkrumah, the late pan-Africanist leader didn’t work alone. He was part of “The Big Six” leaders of Ghana, who in 1947 formed United Gold Coast Convention which campaigned for sovereignty. The five other leaders were Obestsebi-Lamptey, Dr. Ako-Adjei, Edward Akuffo Addo, J.B Danquah, and William Ofori Atta.

As the flag of the new nation was raised on 6 March 1957, it symbolised victory and new beginnings. Designed by Theodosia Okoh, a Ghanaian stateswoman, teacher, and artist, the flag consists of three pan-African colours: red, yellow, and green. The red symbolises the blood of the black Africans that was shed during the country’s struggle for independence. The yellow represents the country’s mineral wealth, while the green is a symbol of Ghana’s rich forests and vegetation. The black star in the centre of the flag was reportedly adopted from the flag of the Black Star Line, a shipping corporation established by Jamaican political leader Marcus Garvey.

Inspired by the Ethiopian flag, the Ghanaian flag was the second African flag to feature a combination of red, green, and yellow. The design of Ghana’s flag, in turn, influenced that of Guinea-Bissau, which was adopted in 1973.

The annual Independence Day celebration is invariably marked by a range of festivities across the country. The day is highlighted by street parties and a national parade of schoolchildren and security personnel at the Black Star Square in the capital Accra. Every year, the president delivers a speech of solidarity to Ghanaians.

Celebrations also take place in different parts of the world where Ghanaians have found a second home.

Despite its small size and population of about 28 million, Ghana has one of the strongest economies on the continent. The country’s primary economic driver is its trove of natural riches. Ghana benefits significantly from its exports of precious metals such as gold, aluminum, and diamonds. Oil and agriculture are also major pillars of Ghana’s economy. The agricultural sector contributes around 20% of the country’s GDP and is the largest employer in the country.

In recent years, Ghana’s economy grew annually by an average of 6%, reaching a record 15% in 2011. While growth slowed in the following years, predictions suggest that the country will post a remarkable growth of 7.5% in 2017.