Confirming the incident to the press, Mombasa Deputy Commander Joseph Chebii, warned the individuals who have been vandalising public properties in search of scrap metal.

“I am warning these criminals. If they will continue to destroy property like this, we will catch up with them,” he stated.

During the raid, the police allegedly confiscated some of the metals believed to have been vandalised from Makupa Bridge. 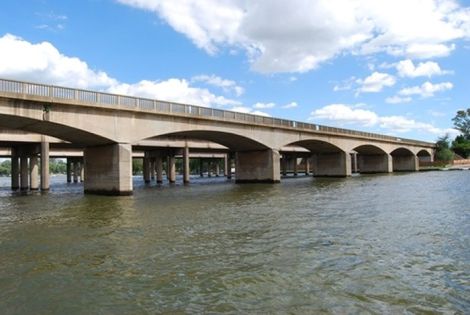 The police further noted that the two suspects were in the scrap metal business for a long time, and are believed to be working in cahoots with a syndicate that has bigger connection in the business.

The metals, which included rails and crude materials, were confiscated and would be used as exhibits in court.

Kenya National Highways Authority (KeNHA) Coast Deputy Director Howard Manyi applauded the officers noting that he hoped for a conviction of the suspects.

“We believe that the security agents will do their job and are going to get to the bottom of the matter and get to apprehend the culprits. Also, get to secure a conviction in court,” stated Manyi.

The arrests come just two weeks after KeNHA was forced to close down the bridge for two days after vandalism rendered it impassable.

In a statement on March 16, the authority noted that this was done to allow for repair works.

“All traffic shall be diverted to the Mombasa island-bound traffic carriageway to allow the necessary repair works.

“We request motorists to exercise caution around the work areas and to comply with the proposed traffic management plan and directions given by traffic marshals,” the authority stated at the time.

The 120 meters Makupa causeway structure between Tudor and Port Reitz creeks was built in the 1920’s by the British colonial government.

The government is planning to demolish the bridge altogether to pave way for the construction of a new dual carriage bridge at a cost of Ksh 4.5 billion.

Part of the reason for its planned demolition is because it has reportedly been interfering with the natural oceanic waves, the free flow of oxygen in the water and has also been a cause of damage to fish breeding grounds and causing pollution.