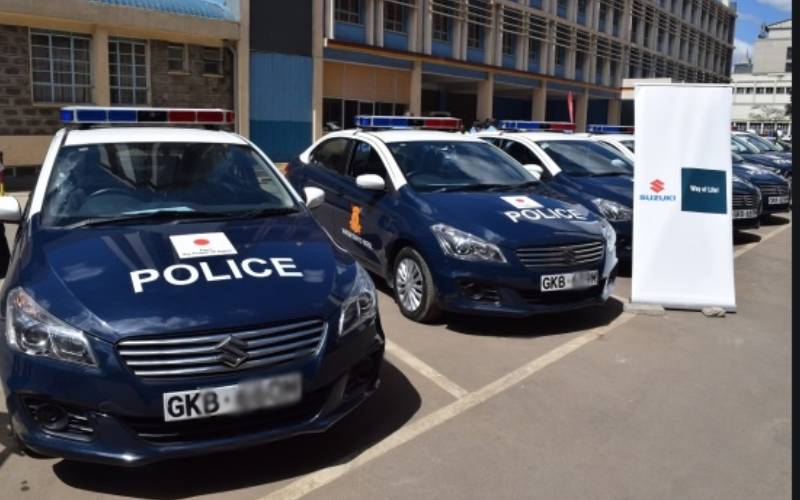 In a verdict which is a big win to CMC Motors, Justice John Mativo also ordered that the ministry should procure the vehicles from the local firms, saying the tender issued last year was shrouded with illegalities.

The judge agreed with CMC’s lawyer Migos Ogamba, ruling that it was illegal for the ministry to re- advertise and award the tender to a different company before 14 days after Public Procurement Administrative Review Board (PPARB) judgement had lapsed.

“The interested party’s decision to re-advertise the tender on September 20, 2019 prior to the expiry of the 14 days period from the date of the respondent’s (PPARB) decision offends the Constitution and therefore the purported re-advertisement, evaluation and notification of award of the said tender and any other processes emanating therefrom are null and void,”  ruled justice Mativo.

“It follows that the purported re- advertisement and alleged notification of the successful party or purported awarding of the tender by the interested party is illegal. The ensuing contract is therefore legally frail.”According to the judge, the ministry admitted before the court that the tender was awarded before the orders of PPARB had been served upon it.

However, the judge noted, the problem with the admission was that the ministry re-tendered before the 14 days had expired, ruling that 14 days are meant to allow an aggrieved party to seek a review.

Justice Mativo observed that any move by the procuring entity means that it would be alienating the subject tender from scrutiny by the courts.“If a procuring entity mischievously decides to sign a contract with a successful bidder before the expiry of the statutory provided period to seek judicial review, the signing of the contract will automatically and unfairly deprive the successful tenderer the remedy under the said provisions,” he ruled.

Under the phase I and II programme which kicked off in 2013, the National Police Service (NPS) through the Interior Ministry leased 530 Ford Ranger Single Cabin and Double Cabin Pick Ups for use by the regular police, Administration Police, the County Government Administrators and Directorate of Criminal Investigations in the Motor Vehicle Phase II.NPS awarded CMC further 75 vehicles three years later on the lease programme to bring the total number of managed vehicles to 605 vehicles that would serve for four years with a room for an extension or renewal.

Interior ministry is now caught up in vicious fights after it terminated the award of Tender No. MICNG/SDI/008/2018-2019 FOR LEASING OF MOTOR VEHICLES PHASE V in Lots 6, 7 & 8 to CMC weeks to the lapse of Phase II.

In November, Mativo issued a stay orders following successful injunction of the tender by CMC motors group for the process of the award of the lots and will today deliver ruling on whether due process was followed on the procurement of the leasing.

CMC through lawyer Ogamba, had challenged the manner in which the procuring entity skewed the tender to favour other players on the guise of local assembly while the beneficiaries had failed on the technical aspects.

The petitioner argued that the Procuring Entity carried out a market survey with the sole reason of terminating the subject tender.

The lawyer requested that the matter be interrogated on why the market survey was conducted on two service providers who participated in the subject tender, but failed during Technical Evaluation.

Ogamba then referred the Board to the letters of notification dated August 14, 2019 and submitted that the Procuring Entity failed to comply with the orders of the Board noting that the ministry’s Head of Procurement function, still issued notification letters contrary to the Board’s finding on delegation of authority.

But in a response by Stephen Wamae, on behalf of Principal Secretary at the Interior noted that CMC refused to participate in the second procurement process after the first one was cancelled.”It is important to state that the applicants were also invited to participate in, tender no.

MrCNG/ SDV004/2019-2020 for leasing of motor vehicles, but they declined to participate and it is therefore ironical to turn around and start arguing that the tender was discriminatory.

“But Ogamba noted in his counter response that he submitted that since bidders were recommended for award of the subject tender in the Lots in issue, the Procuring Entity had the obligation to award the tender, which is the meaning of concluding a procurement process to its logical conclusion.The counsel argued that the procuring entity flouted procurement regulations on seven grounds.

They argue that the entity breached sections 60(1), (2) and (3) of the Public Procurement and Asset Disposal Act 2015.“The procuring entity prepared specific requirements relating to items under procurement that did not allow fair and open competition among those who may wish to participate in the procurement proceedings,” the CMC application further stated.

In the suit, CMC also faults the Interior ministry for contravening Section 60(4) of the PPAD, 2015 in that the technical requirements referred to a particular producer or service provider and/or specific country of origin.

“The procuring entity’s technical requirements only invite bidders who are local assemblers to participate in procurement process,” the application added. Ogamba told the review board that the ministry breached Sections 53(10) of PPAD, 2015 on the model of rendering.

“The procuring entity’s procurement plan for the leasing of motor vehicles throughout the different phases has been through open tender and it is only now that the procuring entity has used a restricted method of tendering,” he said.

Among other grounds that the CMC sought cancellation of the contract is that the Interior ministry contravened constitutional principles of governance and national values, equality and freedom from discrimination and fair administrative action.