AfricaPress-Kenya: Hundreds of Kenyans are turning to second-hand household item dealers in a bid to dispose of personal items for some much-needed cash.

Speaking to MEDIA a dealer based along Kangundo road revealed that there has been a major spike in the number of sellers calling him and looking to sell off items.

“Early last year, I used to get an average of 2 sellers on a good day. However, I am currently having to turn some away as I get at least 10 phone calls a day,”

“The situation is very bad as I am getting calls from as far away as Thika. Some are in such desperate need of cash that they are selling quality sofa sets for as low as Ksh 8,000,” he revealed. 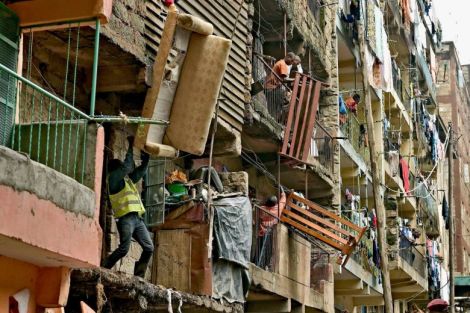 Residents move sofas and beds from a block of flats in Nairobi.

The current economic crisis has left Kenyans with the heavy burden of finding a way to survive.

Accumulated rent arrears and the need to cover basic needs has forced hundreds, if not thousands, to sell off some of their household items.

As residents wallow in poverty, it is a peak season for second-hand items sellers

The situation grew grimmer on March 26, when President Uhuru Kenyatta announced the new Covid-19 containment measures including a total lockdown of 5 counties.

Kenyans working in the hospitality industry have been vocal in their demand that the government reconsiders its latest move as hundreds of thousands have been rendered jobless.

However, President Uhuru addressed the nation on March 31, and affirmed that the new measures would remain in place.

He further ruled out tax reliefs and economic stimulus for workers and businesses following the imposition of a new lockdown to curb the spread of Covid-19 pandemic.

“But that has to be on an issue-by-issue basis because when you talk tax you talk about the whole country, we will have to look at wherever measures that can specifically apply to within particular counties,” he stated.

“Kenya charges the highest taxes on fuel regionally. Taxes and levies are the biggest contributors to the prices. As global oil prices escalate we expect the prices in Kenya to increase,” he stated while addressing the Senate Energy Committee.

This is expected to drive the price of basic commodities even higher, further pushing struggling Kenyans into a desperate state.