“KRC is glad to inform you the resumption of the following services effective Tuesday, morning April 6,” part of the statement by KR read.

The service was recently unveiled to transport Nairobians from the Nairobi Central Railway Station to the Westlands Bus Terminus and others to ABC Place. 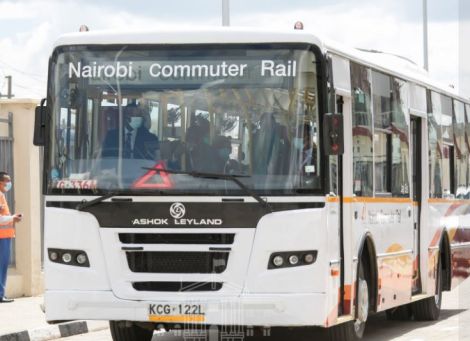 The Nairobi Central Station (NCS) Rail heading to the Jomo Kenyatta International Airport Service and ME Commuter Phase II A service to Rongai and Ngong have also resumed.

The launch of the buses by the corporation was unveiled to provide easier and affordable rates for Nairobians moving to and from the city.

This comes after Kenya Railways announced that it would have an additional six commuter trains plying different routes across the city.

The additional commuter trains referred to as Diesel Multiple Units (DMUs) would increase the frequency of trains in Nairobi and enhance transportation by reducing traffic congestion along busy roads.

The NCR bus service mirrors the National Youth Service (NYS) commuter service which offered affordable rates to Kenyans at Ksh20 fare to and from Nairobi CBD.

However, the NYS service recently got suspended due to losses accruing from the maintenance costs of the 27 buses which had been launched under the Okoa Abiria Programme.