With hundreds of millions of fans around the world, what Jay Z wears carried a lot of brand value and the Kenyan wear was a major win not just for the designer but also for Lamu and Kenya in general. 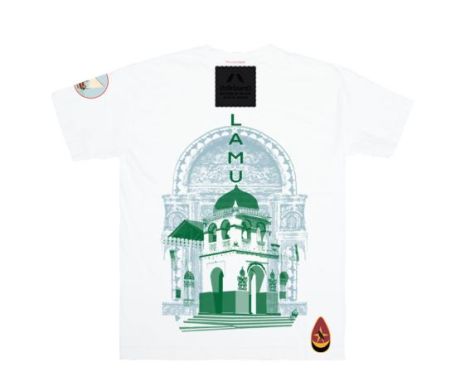 A backside image of the t-shirt worn by American Jay Z.

Lamu has been declared a world heritage site by the United Nations Educational, Scientific and Cultural Organization (Unesco). It is a favorite spot for the well-to-do, both in Kenya and in the world.

In February, the island received free publicity after, Kasim Khan and Sulaiman Isa Khan, the sons of Pakistan Prime Minister Imran Khan, were covered by Pakistan press holidaying in the sandy island.

The Lamu Riyadha Tshirt pays homage to Habib Salih a highly respected Sharif and religious teacher who settled in Lamu in the1880s.

There he built the Riyadha mosque and introduced Habshi Maulidi- a singing of religious passages honoring the Prophet Mohammed.

Speaking to the media in 2017, Lukoye revealed that he started selling second-hand clothes when he was class six. 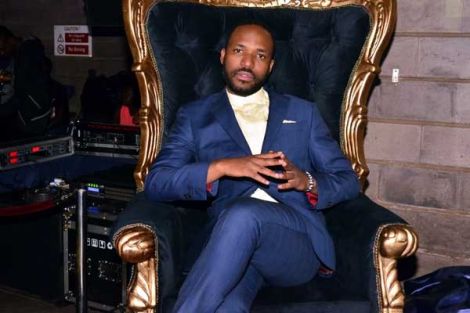 “Growing up, there was a flea market right outside my school that I’d pass every day. Sometimes I stopped by different stalls. My mother had many friends who sold second-hand clothes, and it occurred to me that I could also make money selling clothes to my fellow students,” he stated.

The Kenyan fashion guru is the founder and CEO of a luxury brand identified as Narok NYC that deals in high-end suits. He also founded blkburd genes based in Los Angeles, California.

The brand defines itself as a movement-advocating proven experience for the design of a greater future.

On 25th February, singer, songwriter, Jidenna on instagram uploaded a picture of him wearing a T-Shirt by the designer.