AfricaPress-Kenya: Radio Africa Group is mourning the death of The Star newspaper journalist Reuben Githinji who reportedly succumbed to complications arising from the Covid-19 virus.

Githinji’s sister, Grace Wacheke, confirmed the news to Nation, noting that the scribe succumbed to the virus on the morning of Wednesday, March 24, while receiving treatment Murang’a Hospital.

At the time of his death, Githinji worked as The Star Newspaper’s Embu reporter and was aged 52 years.

“My brother has died of Covid-19. We have learnt of his demise with great shock,” she stated. 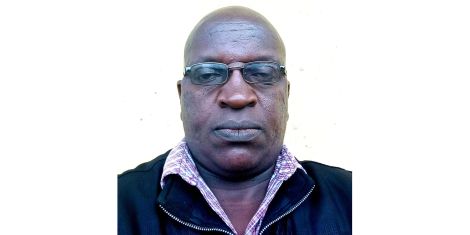 The late Reuben Githinji who was attached to The Star Newspaper.

She further revealed that her brother had been hospitalised at the Embu Referral Hospital in the week beginning Monday, March 15, after he complained of difficulty in breathing.

On arrival to the hospital, he was put on oxygen before being transferred to the ICU wing after his condition worsened.

Unfortunately, the wing was full and the hospital transferred him to Murang’a Hospital. He died a few days later.

Githinji leaves behind a wife and one child who is set to sit for the upcoming Kenya Certificate for Secondary Education (KCSE).

“We shall meet as a family to make burial arrangements for our beloved brother,” continued Wacheke.

“Lorna Irungu-Macharia has succumbed to Covid-19; the former Gina Din Group Managing Director, who was also a media personality, has been a Lupus survivor for over 20 years and had undergone several kidney transplants,” tweeted NTV news anchor Dan Mwangi.

Irungu was popularly known for the Omo-Pick-A-Box show that was popular in the 1990s. She hosted the show alongside Regina Mutoko.