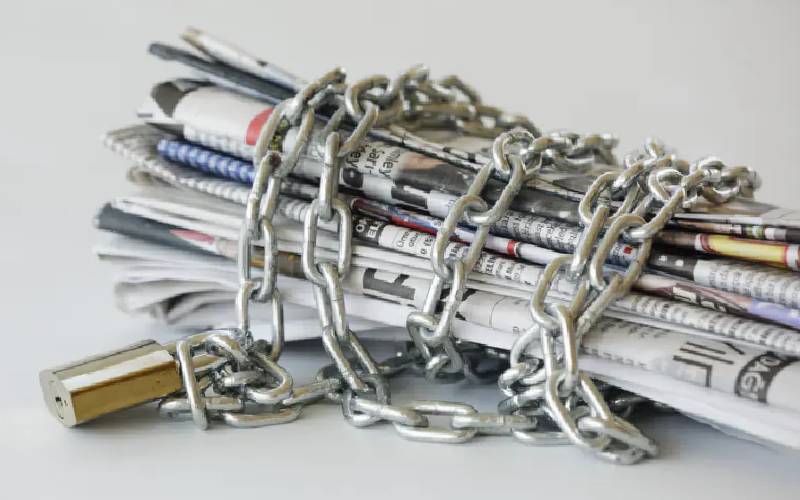 The Kenya Editors’ Guild has hit out at the Media Council of Kenya (MCK) over their recent statement titled ‘Seek the truth and report it’ castigating the media for alleged biased reporting and breach of Code of Conduct.

The editors accused MCK of resorting to threats and blanket condemnation of the media without using available mechanisms to it as a regulator to find the truth take action against the culprits.“It is sad for a body constitutionally mandated to protect independent journalism to resort to threats and blanket condemnation in clear breach of media freedom.”The Guild is now appealing to the council to probe the veracity of the accusations against the media and use clear mechanisms provided in law to deal with it.

The Guild said some of the allegations raised touch on the integrity and credibility of not only the media, but also editors and journalists hence the need to probe their authenticity.“Editors and journalists are committed to the provision of credible information Kenyans need for social and civic development. Where there is failure, clear mechanisms are provided in law for resolution.

”The Guild wondered why MCK failed to cite any example of the breaches of code of conduct complained of or identify any aggrieved party that had complained over the misreporting, saying the accusation are unfounded and meant to erode trust Kenyans have on the media.“MCK’s accusations are unfounded and are meant to erode the trust Kenyans have on the media as a key institution necessary for upholding democracy, good governance, the rule of law, promotion of human rights and other important values in society,” read the statement.The editors also took issue with the council’s failure to use the Complaints Commission, one of its department that uses legal means to arbitrate similar matters to look into the accusations before the release of their unfortunate statement.

“It is irresponsible and negligent on the part of MCK which houses the entity with a legal mandate to arbitrate matters in the media – the Complaints Commission to sort out the raised issues if indeed there was any.”The Guild also poured cold water on the purported MCK survey on critical analysis of the media content in the last few months after the council failed to provide any evidence indicating the existence  of such study, the period it was undertaken, its terms of reference, authors and any report that emerged from it.“Without any evidence that a study on the media content was conducted, it is clear that the MCK is out of control, is overstepping its mandate, and is clearly a threat to media freedom as enshrined in the Constitution of Kenya,” said the editors.

The MCK in the said statement, accused the media of serial “betrayal of public interest and violations of the Code of Conduct for the Practice of Journalism in Kenya”.It claimed that various media outlets had developed a pattern of screaming headlines without corresponding and appropriate content, multiple repetitions of headlines over a short period of time, as well as partisan and skewed coverage and presentation of news and current affairs.

The Guild has cautioned MCK against some of the actions it described as worrying in seeking to place curbs on constitutional guarantees of media freedom.The Guild said MCK is the child of a long struggle towards securing and entrenching a free and independent media and should allow itself to be turned into a government agency to control the media.According to the editors, MCK should not act as a prefect or overseer, but as a partner of the media representative associations responsible for its foundation as the industry regulator.

“From that broad canvas, we see the MCK not as a prefect or overseer, but as a partner of the media representative associations—Kenya Editors’ Guild among many others—responsible for its foundation as the industry regulator”.The Guild has previously voiced concern on draft accreditation guidelines published by to enhance professional and ethical media.“We ask for specific attention to the principle that regulation is not control; that persuasion and buy-in is preferable to the penal approach; and the need to ease rather than restrict entry into journalism.”