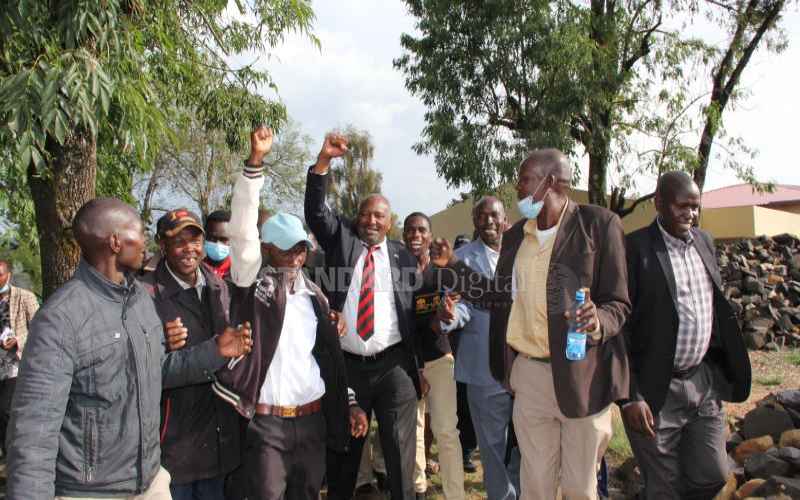 AfricaPress-Kenya: Deputy President William Ruto’s allies have now said the fate of the Building Bridges Initiative (BBI) Bill will be decided by Kenyans at the referendum.

A number of legislators who spoke to The Standard yesterday after 27 county assemblies endorsed the draft Bill on what has now been dubbed ‘Super Tuesday’,  said they will continue to air their objections even in Parliament when the document will be tabled for debate.

The number of counties that had by last evening passed the bill stood at 38. Eight counties are yet to debate the proposed law. Baringo County rejected the Bill recently but the matter is still pending in court on how the exercise was conducted.

Nandi Senator Samson Cherargei urged Kenyans to take time and critique the document so that they can make informed decisions when the referendum comes.

Cherargei said proponents of the Bill pushed for its passage in the county assemblies but had failed to avail copies of the documents to the electorate for them to be well versed ahead of the referendum.

“Proponents of  BBI used crude means such as blackmailing, intimidating, and bribery to push for the passing of the Bill in Assemblies and Kenyans should be careful because if passed, it will have negative effects on the economy due to the huge wage bill it is proposing,” said Cherargei.

He said that while other assemblies including those in the North Rift took their time enlightening residents in public participation forums, others rushed in endorsing the document.

“Public participation is ongoing in my county because the local assembly wants to follow the law and not public relations. Residents lacked sufficient copies of the proposed Constitution of Kenya (Amendment) Bill and leaders have taken time enlightening them,” he said.

Cherargei said the country will have over 700 parliamentarians if the Bill is passed and urged Kenyans to be careful and make wise decisions once the Bill is presented to them through the referendum.

His sentiments were echoed by Bahati MP Kimani Ngunjiri, another ally of Ruto who said their position on the proposed amendment still stands and they would take the debate to the Parliament and the Senate.

“We still have issues with the document and we will raise our objections when the document comes to the floor of the House for debate. But that does not mean we are opposed to the changes,” Mr Ngunjiri said.

The lawmaker, however, insisted that there was still time to dialogue over the contentious issues those opposing the draft have been advancing warning that taking the Bill to the referendum as it is would lead to a defeat.

A number of MPs and Senators in the region were reluctant to state their stand on the Bill saying Kenyans would decide its fate at the referendum.

“MCAs have spoken by endorsing the Bill, the document now goes to the next stage where wananchi will make a decision,” Said Kuresoi South MP Joseph Tonui.

The passage of the document at most of the county assemblies comes at a time when a section of the Linda Katiba lobby group, which was opposed to the amendments, has abandoned its course.

Makueni Governor Kivutha Kibwana, who had opposed the Bill, had a change of heart on Monday and vowed to rally MCAs to pass it.

“I have listened to the voice of the people. In that regard, I wish to respect their will and ask MCAs to do the same (sic),” he said.