AfricaPress-Kenya: The Nairobi City Management Service (NMS) has moved some of its senior officers while others have been demoted and issued warning letters due to unsatisfactory performance.

A total of 13 NMS officers have been affected by the changes seen as NMS Director-General Mohammed Badi move to inject efficiency and transparency in the agency.

The changes come a year after the creation of the NMS under the office of the President. 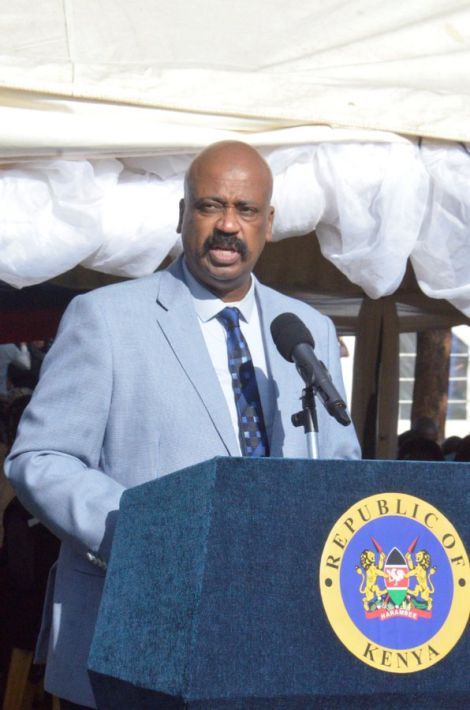 Taifa Leo established that the changes were made by General Badi following the tensions that have existed within the NMS.

It is alleged that some officials have been been in conflict, undermining the NMS and even squandering public funds.

Five Directors and a Deputy Director-General are some of the affected staffers.

The changes were also made in the departments of Finance, Environment, Water, Energy, Health, Management and Contracting.

Heads of the Information and Communication Technology (ICT) department were given warning letters with threats of transfer or demotion if they continued to violate labor regulations.

The NMS was created in March 2020 to oversee some of the responsibilities of the Nairobi County government. The responsibilities assigned to the NMS are health, transportation, infrastructure, county planning and development services.

“Directors who have been transferred, demoted or reprimanded are alleged to have used their positions to hire and award contracts to their relatives or friends,” said an official, who did not want to be identified for fear of reprisals.

NMS Human Resources Director Dominic Gicheru, last Thursday, was asked to hand over his office to an officer known as Mr Kibet after he was transferred to a different department outside NMS.

Credible sources told  Nation that officers who fell by the axe are also accused of colluding with fraudulent businessmen who President Uhuru Kenyatta had ordered they should be avoided.

The Department of Waste Management is accused of colluding with garbage collectors to defraud the authority.

“It simply came to our notice then. This is because some of the victims have been attacking the Director General (Major General Badi) by giving fraudulent traders a contract to collect garbage.

“Major General Badi did not respond to our letter of inquiry into the matter. We were later informed that Badi was ill and that is why he was not present when President Kenyatta was walking around with ODM leader Raila Odinga inspecting projects in Nairobi last week.” said the official.

M’Barine also said that no report had been issued by the Auditor General to prove that there had been any misappropriation of funds within the NMS.

A report by the Auditor General released in February, revealed that there was a misappropriation of a portion of Sh294 million disbursed to NMS to deal with the coronavirus in June, 2020.

Among the shortcomings identified were the failure to use Sh64 million for Covid-19 rehabilitation booths, the withdrawal of Sh32 million from the KCB account arbitrarily and the use of Sh120 million to pay health care providers without a budget.