AfricaPress-Kenya: Baringo Senator and KANU chairman Gideon Moi is borrowing a leaf from his father former President Daniel Moi in a bid to boost his Presidential aspirations in 2022.

Reports indicate that the KANU chair is focusing on consolidating support within regions in the Rift Valley and other areas where his father had massive support during his tenure – a strategy that saw the former president consolidate his support for over two decades.

A close aide to the senator has revealed that Gideon has been holding strategy meetings with advisers and regional leaders in these key areas. 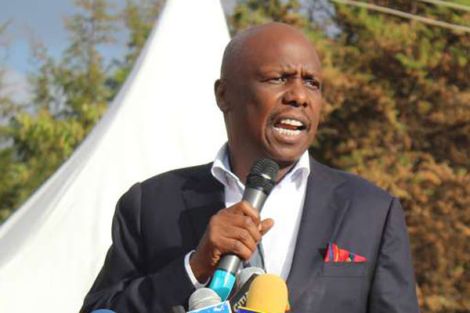 “Just watch this space. Senator Moi is on the verge of crafting a well-oiled campaign machine,” said the close aide who sought anonymity.

Moi has enlisted the services of consultants and research teams, whose head office is in Nairobi, to boost his campaigns come 2022 – taking a page out of his father’s book who had enlisted personal advisors across the country during his tenure.

KANU youth coordinator Cornelius Rono confirmed that the party is also expanding its political grassroots by campaigning for the youth agenda.

“We want to empower the youth and make KANU their party of choice,” Rono stated.

Through the KANU youth congress, Rono and his team have already toured 30 counties in a bid to recruit youths to the independence party.

KANU Secretary General Nick Salat said that the One Kenya Alliance comprising of Moi, ANC party leader Musalia Mudavadi, Ford Kenya leader Moses Wetangula, and Wiper leader Kalonzo Musyoka would be the political outfit to form the next government in 2022.

One Kenya Alliance recently detailed their agenda to Kenyans claiming that they are the cure to Kenya’s political issues.

Touching on areas such as corruption and unemployment, the alliance members emphasized the importance of implementing policies which would address the common mwananchi’s plight.