AfricaPress-Kenya: The Ministry of Health on Tuesday, April 6 approved a Ksh90 million tax exemption on anti-retroviral drugs (ARVs) that was stuck at the port of Mombasa.

The drugs were donated by the United States Agency for International Development (USAID) and had arrived in Kenya on January 18, 2021.

Following their arrival, the government taxed the donor Ksh90 million import tax on the consignment which is valued at Ksh2.1 billion.

The antiretroviral drugs were however not cleared for entry as the Kenya Revenue Authority (KRA) and USAID failed to agree on who should pay the taxes – or whether there should be any tax claim in the first place. 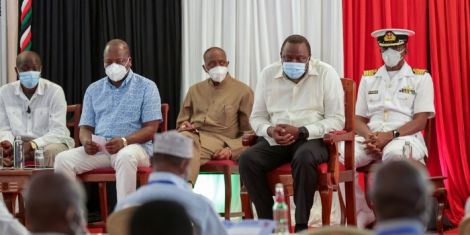 Due to the tax row, People Living with HIV and Aids (PLWHA) were forced to take reduced doses since county governments resorted to rationing doses to avoid running out.

Treasury Cabinet Secretary, Ukur Yatani, while speaking to the Standard said that the approval to wave the tax followed a request by Ministry of Health CS, Mutahi Kagwe, who noted that 1.5 million Kenyans living with HIV depended on the drugs to boost their immunity.

“It is unfortunate that PLWHAs suffer for lack of medicine,” Okioma said.

Hospitals also had shortage in the supply of paediatric antiretroviral drugs and septrin.

Statistics from the National Aids Control Council indicate that in 2020, at least 6,806 babies were born with HIV because their mothers did not take medication properly during pregnancy and birth.