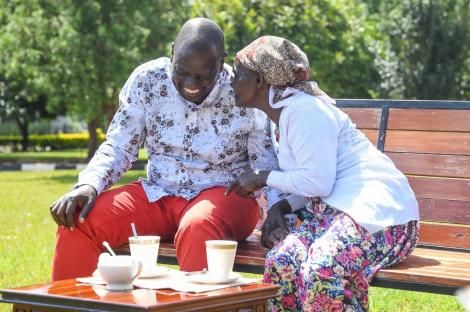 Forty one assemblies had by yesterday ratified the referendum Bill, including in Ruto’s Rift Valley backyard, where it had been anticipated that it would be rejected.

The DP who has not been speaking in one voice with President Uhuru Kenyatta and ODM leader Raila Odinga, the key proponents of the BBI report, now has limited options to re-energise his BBI narrative.

Ruto and his allies have been criticising proposals in the report saying Kenyans should be given multiple choice referendum.

Political analysts who spoke to The Standard yesterday said Ruto now has to either lead opposition against the BBI, fully back the process, or be a fence sitter.

Moi University lecturer Nyaga Kindiki said even if the DP decides to support it, he is likely to be sidelined “as the BBI process has kicked off”.

“Even if the DP says Yes to the BBI, he will be secluded as the process was started for a mission, which must be accomplished, including excluding him from political power-sharing in 2022. For good or worse, he has to make a decision but he can’t be a fence sitter. As a leader you risk losing supporters if you don’t provide leadership,” said Kindiki.

“To survive politically, he has to make a painful decision and lead campaign against BBI. Although he will be accused of disrespect to the president, he will show his supporters direction and know who are on his side,” he added.

The don said the DP should form his own party since in terms of government hierarchy he is second after the president, but he is not even consulted on political matters.

“On paper, the DP is number two but practically he is not even consulted on political matters. The DP admitted this in Isiolo recently when he said his work was being done by other people. That is why he needs to make quick decision whether to remain in government or not,” Kindiki said.

The DP can also choose to play it safe and quietly stick in government. Even if he loses the 2022 presidential bid he can contest in 2027.

Kindiki believes that all the counties, including in Ruto’s perceived strongholds, will pass the BBI Bill.

Masinde Muliro university political scientist Frank Matanga said Ruto’s best bet was to back the BBI and hope for a political comeback after the referendum.

But with just about 17 months to the 2022 General Election, the BBI proponents mainly from the Jubilee Party’s Kieleweke wing and ODM plan to hit the road running after the referendum, form a coalition and ride on law review wave to win the elections.

Uhuru and Raila’s allies David Murathe, Maina Kamanda and Junet Mohamed have since hinted at formation of a coalition prior and after the referendum with an intention of forming the next government.

Political analyst Barrack Muluka said it will be wrong for Ruto to declare a No or Yes stand on BBI.

Muluka is of the view that the DP should pursue other agenda dear to Kenyans “and if at all BBI comes with development package, he should allow it to go through”.

“If there are bad things about the document that will derail national progress then they will be corrected in the future,” he said.

Muluka said Ruto has never called for BBI to be shot down, but insisted it was not a priority.

He faulted Raila and his team for painting the DP as the face of No campaign, claiming that “the opposition will be delighted to see the DP say No since they declared that those who had earlier opposed the BBI should not change their stand”.

“This surprises me since under these circumstances if Raila was genuine he would be telling the DP to join hands and push through without playing divisive politics,” he said.

He added: “I don’t think the BBI is something the DP should kill himself over. He should move on with other development agenda and what’s best for the country.”

Rangwe MP Lilian Gogo said BBI was not meant to determine a stand or the DP’s political future.

“The assemblies that passed the document did so on their own point of conviction without coercion,” Gogo said. She explained that Uhuru and Raila have insisted that the BBI should be delinked from 2022 politics.

Soy MP Caleb Kositany said the passage or rejection of BBI was inconsequential to Ruto’s camp.

He maintained that it was clear from the beginning that BBI was Uhuru and Raila’s project, and that it was wrong to imply that Ruto had lost huge following from the counties.

“It is a win/win situation to the DP supporters whether BBI is accepted or rejected by Kenyans since it has never been our priority anyway,” said Kositany.

The MP, who is also Jubilee Party deputy secretary general, reiterated that Ruto has never opposed or backed the BBI.

North Mugirango MP Joash Nyamoko said “focus should not be on Ruto, but on what Kenyans are set to achieve if BBI is passed and what they will lose if it is rejected”.

Nyamoko termed reduction of BBI to a contest between the president and Ruto as selfish. “Ruto has never campaigned against BBI. His only concern has been that it was being given priority at the expense of other important matters that need to be addressed,” he said.

South Mugirango MP Silvanus Osoro said the passage or rejection of BBI was insignificant to Ruto’s camp and they were busy preparing for his 2022 presidential campaigns.

“Some people were celebrating that BBI has been endorsed at the county level forgetting that it will end up before Kenyans who are going to vote for or against it,” he said.

Nominated MP Maina Kamanda said Ruto should resign. “If I was Ruto today, I will act like Raila when he was humiliated in Ford Kenya and resigned to seek fresh mandate on another party ticket,” Kamanda said.

Kamanda said the passage of BBI in the counties was a big win for Uhuru and Raila.

Uriri MP Mark Nyamita said it was not late for Ruto to join the BBI bandwagon.

“It is clear to him that the hustler narrative will take him nowhere and he should rather join the rest of Kenyans,” Nyamita said.