Speaking to Nation yesterday, Kositany noted that the move would also curb the alleged tyranny and discrimination within the party.

“If they are men enough, let them call party elections today, we will sweep everything from their fold,” he stated.

The politician added that resignation is not a foregone conclusion for members allied to Deputy President William Ruto. 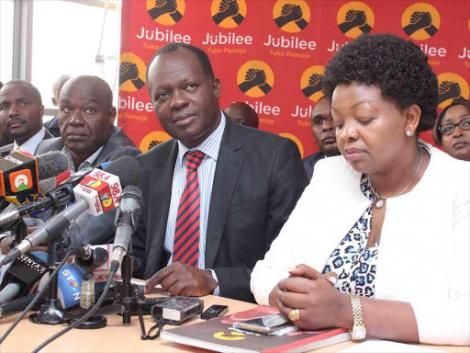 “Resignation is an act of cowardice, fight from within, expose them, let them play into your tricks, if we would have resigned how would Kenyans know that we have evils, dishonesty, tyrants, selfish, thankless people in Jubilee,” he stated.

Political analyst Jane Thuo weighed in on the alleged plot and termed the strategy implied by Kositany as lackluster and without political direction.

“Are they (Tangatanga members) so lost and out of ideas that they are tinkering over various ideas? As much as they are trying to latch on to Jubilee, they should take a political stand and stick with the United Democratic Alliance (UDA),” Thuo stated.

She further pointed out that Kenyans mainly identify with an individual rather a whole political party. For instance, she took the case of former President Mwai Kibaki alluding to the demise of then ruling party, PNU (Party of National Unity) after Kibaki left office.

The news comes as Kositany’s successor, Cherang’any MP Joshua Kutuny, warned of a fresh purge within the party noting that all rebels would be kicked out.

“If Jubilee is the party which took you to parliament, and you articulate another party’s agenda, why can’t you step down and seek fresh mandate from the people,” he stated.

He added that the party was ready to replace the six expelled senators, among them Isaac Mwaura, Millicent Omanga, Mary Seneta, Falhada Dekow, Naomi Waqo and Victor Prengei, who he termed as a sign for the impending purge of errant party members.