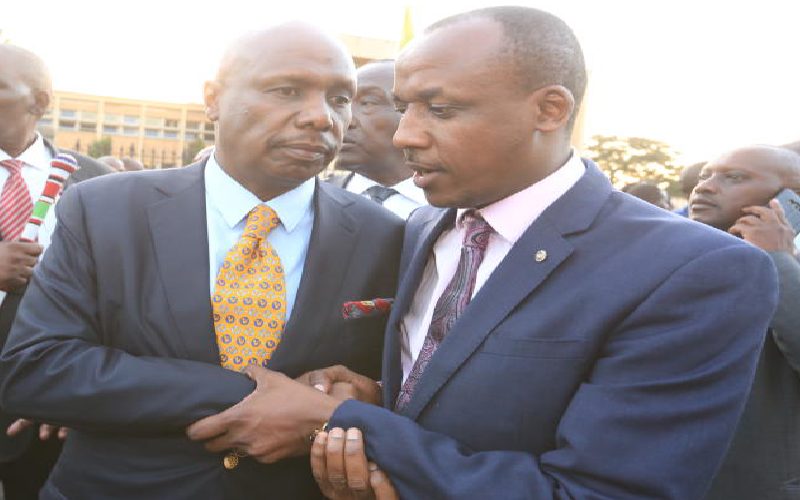 Senators spent the afternoon to eulogise former President Daniel arap Moi, describing him as a symbol of unity and a man who served the country with humility. The Senate, comprising members who had personal interactions with him during his stint at the presidency, said Kenya and Africa had lost an icon.

Mr Orengo, who fought hard for the re-introduction of multiparty politics in the run-up to the 1992 General Election, described Moi as a statesman who brought peace in the country and region.Mr Wako, who served under Moi’s administration as Attorney General for 12 years, said Moi could be referred to as “Joshua” after the passing on of founding father President Jomo Kenyatta in 1978.Wako said Moi took the advice Joshua was given by Moses as told in the Bible to be of good courage and meditate upon the Word of God day and night.

Called to be president

“President Moi did exactly that. To me, it was a calling for Moi to be president, serving this country with patience and humility despite the long suffering. This is what we called meekness,” said Wako.

On his part, Mr Wetang’ula described Moi as a nationalist, a Pan Africanist and internationalist.“We shall remember Moi for holding the country together. He endured the humiliations he went through with humility. He never hit back at those who humiliated him publicly; he moved on to make this country better,” said Wetang’ula.Mr Khaniri said Moi had the greatest socio-economic and political impact.

“The curtain has fallen on the longest-serving president and the second longest serving MP after former President Mwai Kibaki, who did 50 years (Moi served for 47 years as an MP). He was my mentor. He introduced me to politics in 1996 and made me vie to succeed my father. He spent two nights in Khamisi to campaign for me,” he said.Khaniri would later be appointed as an assistant minister for Roads, Public Works and Housing as well as Agriculture and Livestock development.

Mr Haji, who rose through the ranks from a district officer to be appointed the first Somali Provincial Commissioner under the defunct provincial administration, eulogised ‘Mzee’ as a person with a big, forgiving heart.He said when Moi assumed power in 1978, he was described as a passing cloud, but he later became the raining cloud.“Kenya is where it is today because of his leadership and the love he had for this country,” said Haji.

Haji recounted how he had visited Shimo La Tewa Prison and met the late Kihika Kimani who had been incarcerated there. When Kimani completed his prison term, he came to Haji who advised him to go and see President Moi.

Mandera Senator Mohammed Mahamud was an ambassador in Moi’s Government for seven years, serving in Egypt, Algeria, Morocco, Tunisia and Eritrea (during the war with Ethiopia).Mahamud described ‘Mzee’ as a humble man who was known for inclusivity.“It is only during Moi’s time that we saw a public service headed by a Pokomo, the army headed by a Somali and Finance Minister being a Burji from Marsabit,” he said.

According to Mahamud, Moi sought to firewall Kenya from the spillovers of the Cold War.

Parliament suspends sittings due to Covid-19

The jewel of politics and voice of reason in Senate

Sonko: From frying pan into the fire

Sonko past haunts him, Senate to seal his fate