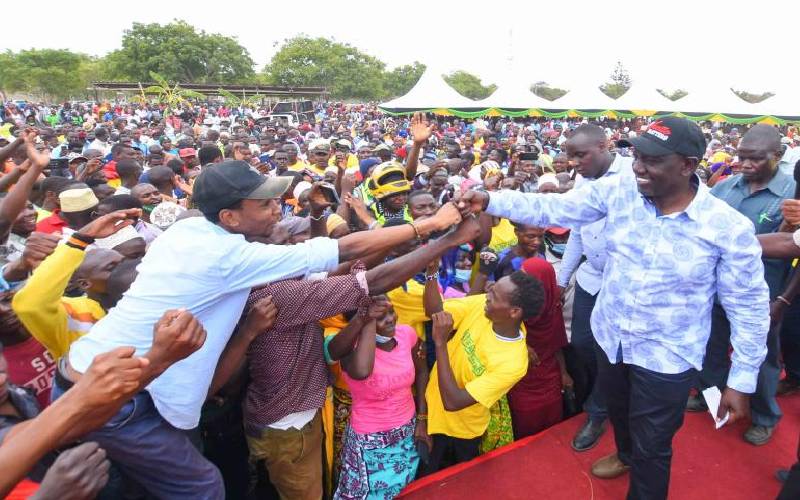 AfricaPress-Kenya: Tanga Tanga MPs have sensationally claimed there is a hit squad formed to commit political crimes in political rallies attended by Deputy President William Ruto and blame it on him and his allies.

Speaking at DP’s official residence in Karen, Nairobi, on Monday, February the leaders said they had established the identities of the alleged hit squad, and forwarded them to the relevant authorities for action.

Led by Nakuru Senator Susan Kihika, the team told Inspector General of Police Hillary Mutyambai to protect all Kenyans including those attending the DP’s public rallies.

“We are aware that a special hit squad has been formed to perpetrate political violence as witnessed in Murang’a County, Msambweni in Kwale County, and the recent functions held at the Coast last weekend,” said Kihika.

They asked the United States, UK and other international partners to hold the government accountable should anything happens to Ruto or his allies.

“We urge the international community to be on the lookout and regulate whatever is happening in Kenya regarding the DP’s security.”

Kihika accused the government of withdrawing security from events attended by Ruto, a move she said was dangerous for the DP and his allies.

They also demanded that security officers sent to cover Tanga tanga rallies to be uniformed and have badges for them to identify them.

They also told the courts not be used to persecute those perceived to be anti-government through the illegal ruling.

“Judiciary is the only arm of government that can champion the rights of Kenyans, if they allow themselves to be used to persecute political opponents, Kenya will be headed in a wrong direction.”