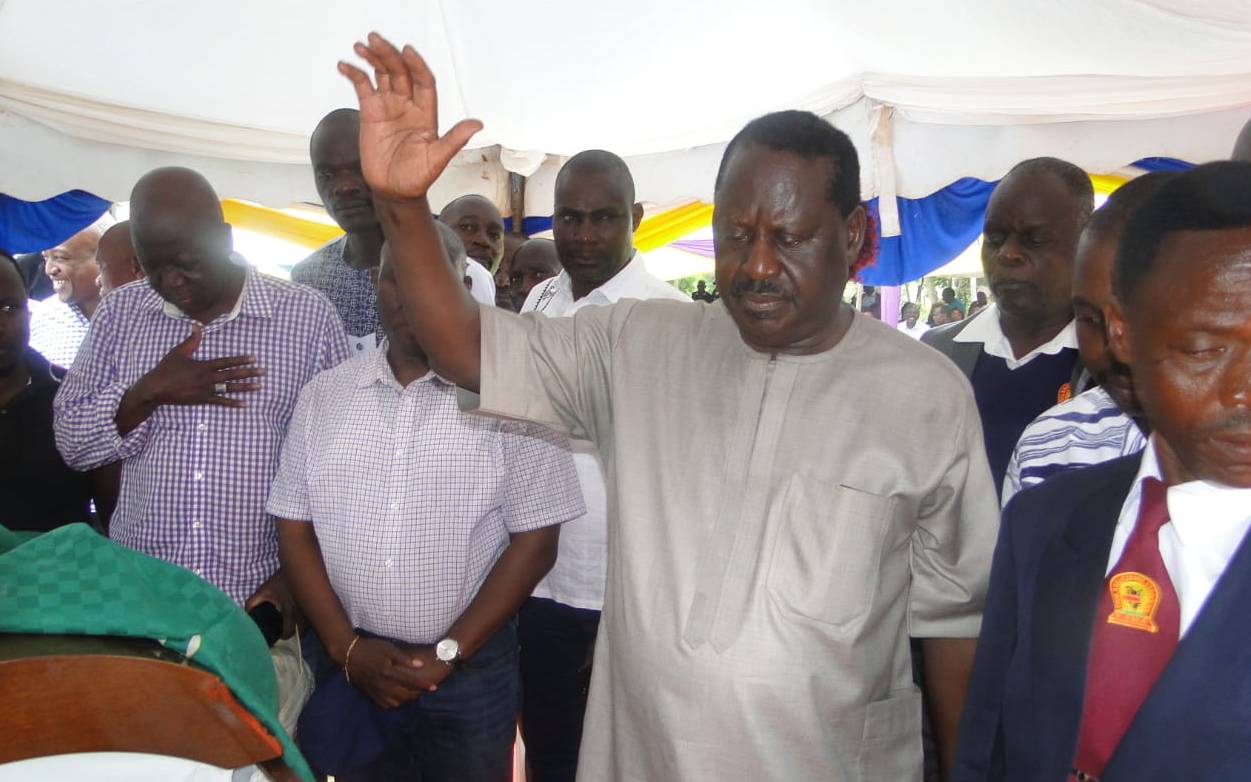 Opposition leader Raila Odinga on Saturday promised a new beginning and asked Kenyans to vote for amendments to the Constitution even as Deputy President William Ruto and his allies have been opposed to the push for a referendum, terming it a waste of public resources.

Speaking during the burial of the former chairman of the defunct Siaya County Council Elisha Ojwang Orodo in Usenge village, Bondo sub-county, the Orange Democratic Movement (ODM) leader, reiterated that this is a new year that all focus should be put on the BBI.“We will continue consulting as the people of Kenya to ensure that we agree on which path we should follow,” said Mr Odinga.During the burial of the former civic leader that was also attended by Siaya Senator James Orengo, MPs Gideon Ochanda (Bondo), Samuel Atandi (Alego Usonga), Siaya County Assembly Speaker George Okode and former Gem MP Jakoyo Midiwo, Mr Odinga said he was confident Kenyans would back the BBI report in a referendum.

Mr Odinga added that those behind the BBI were ready to face those opposed to the campaign at the referendum.But Orengo who laughed off at those arguing that BBI was about seeking political power, referred them to chapter six and seven of the BBI report.

“The two chapters are talking about how to tackle the existing problems facing the country and anybody in the government, including the DP should not wait for the referendum,” said Orengo.On Friday, ODM party in a meeting in Kisii laid the ground as the team marshal support ahead of campaigns to have the BBI recommendations adopted.Orengo, who is also the Senate Minority leader hinted that the plebiscite will come after six months.According to Midiwo, it was important to focus on issues affecting the people of Kenya.“We are fast approaching our destination and we should therefore desist from the local politics that are only aimed at dividing us and creating unnecessary tension,” said Midiwo.