AfricaPress-Kenya: Unites States has issued a travel advisory to its citizens against travelling to Kenya.

In a statement shared on US Department of State on Thursday, April 7, the advisory cautioned US citizens over rising Covid-19 case in Kenya, ranking the country at level 4.

The statement further listed crime and terrorism among some of the major issues why the travelers should exercise caution before jetting into the country.

“Do not travel to Kenya due to Covid-19. Exercise increased caution in Kenya due to crime, terrorism, health issues, and kidnapping. 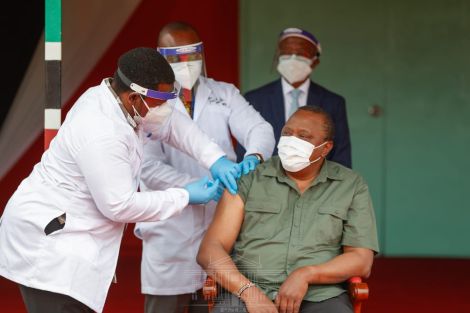 “The U.S. Centers for Disease Control and Prevention (CDC) has issued a Level 4 Travel Health Notice for Kenya due to COVID-19,” read the statement in part.

Among the most affected areas in Kenya include Kenya-Somalia border, Turkana and some coastal areas over crime and terrorism.

Nairobi’s Kibera and Eastleigh were listed as areas rife with crime and kidnapping.

“Be especially careful when traveling after dark anywhere in Kenya due to crime.

“Violent crime, such as armed carjacking, mugging, home invasion, and kidnapping, can occur at any time,” continued the statement.

The advisory further noted that the police are willing, but often lack the capability to respond effectively to serious criminal incidents and terrorist attacks.

“Due to terrorism concerns, U.S. government personnel are prohibited from traveling to the Kenya-Somalia border counties and some coastal areas,” added the statement.

This comes as the third wave of the deadly virus continues to wreck havoc across the country with most ICU beds occupied and hospitals recording severe shortage of oxygen.

Separately, United Kingdom announced that it would suspend flights from Kenya over the spike in Covid-19