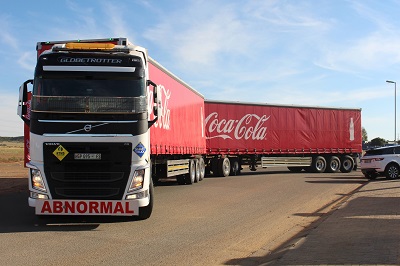 Coca-Cola Beverages Africa (CCBA) has announced that after some re-organisation, it has acquired Maluti Mountain Breweries’ interest in the soft drinks business, which is now the newly formed entity called Coca-Cola Beverages Lesotho. The other key shareholders in this venture are the Lesotho National Development Corporation (LNDC) and the Ministry of Finance. The deal was signed on 6 October 2020, and all the necessary regulatory approvals have been obtained.

The non-alcoholic, ready to drink business in Lesotho will be referred to as Coca-Cola Beverages Lesotho (CCBL) and will operate as a subsidiary of CCBA, with management control. The entity will commence distributing Coca-Cola products from 10 May 2021 and details will be communicated to all customers.

Tsepo Maketela, Country Manager of CCBL, says that every effort will be made to minimise any disruptions to customers. “We are committed to growing the soft drinks industry and the business in Lesotho and will endeavour to launch new products into the Lesotho market to meet consumer needs. We are also excited to partner with LNDC.

“Lesotho customers will benefit from being part of a consolidated, successful Coca-Cola system that spans 13 other markets on the continent, creating new opportunities for everyone across the value chain,” Mr Maketela says. “Access to shared best practices will enhance efficiencies and a better distribution capability will provide pervasive availability of cold beverages to end-customers,” he says. “We will also be able to respond to consumer demand more quickly.”

CCBA is the 8th largest Coca-Cola bottling partner in the world by revenue, and the largest on the continent. It accounts for 40 percent of all Coca-Cola products sold in Africa by volume.

“Expanding our African footprint brings huge benefits to local consumers and businesses. By leveraging scale, we can do more for our customers and drive our sustainability goals. The creation of CCBL is another milestone in that strategy,” Mr Maketela concludes.

CCBA bottles and distributes beverages whose trademarks are owned by The Coca-Cola Company (TCCC) or TCCC’s affiliated entities and is the world’s 8th largest Coca-Cola bottler by revenue. CCBA has over 16 000 employees across its operations in Africa with more than 40 bottling plants in 14 countries.

The creation of CCBA in 2016 was designed to advance a consolidated, more successful Coca-Cola system on the continent.

Coca-Cola Beverages Africa (CCBA) accounts for about 40% of all Coca-Cola volumes sold in Africa.

CCBA began its operations as a legal entity from July 2016 having been created as a direct result of a merger between non-alcoholic ready to drink bottling operations of The Coca-Cola Company, (then) SABMiller and Gutsche Family Investments.

CCBA boasts a diverse pan-African footprint servicing over 650 000 outlets that serve a combined population of over 300 million people across the continent.

CCBA is pursuing an ambitious sustainable growth strategy that will be supported through investment in manufacturing, sales, distribution and marketing.

CCBA aspires to refresh Africa every day and to make the continent a better place for all.

Issued on behalf of CCBA by Riverbed Agency.