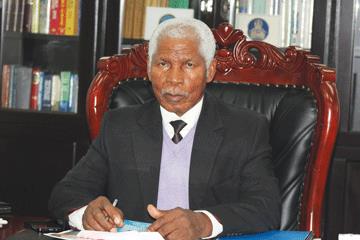 MPs and senators are smiling to the bank after receiving M20 000 in fuel allowances that have been backdated to April.
The government, which has been pleading poverty and failing to pay tuition for state-sponsored students, this week spent M2.9 million to pay the legislators’ allowances.

Each of the 115 MPs and 33 Senators is now entitled to a monthly fuel allowance of M5000.
This, after MPs pushed for the benefit despite public outcry and disagreement among themselves. The allowances will gobble M8.8 million every year and M44.4 million over the next five years.
The salaries for the MPs and Senators already cost taxpayers M5.4 million every month and M65.7 million per year. This is in addition to sitting allowances and other benefits.

When the allowances were debated in parliament, MPs argued that they were necessary for them to travel to their constituencies. Others however pointed out that the timing was wrong because the government has a financial crisis.
The public was disgusted, accusing the MPs of being greedy.
But even MPs who opposed the allowances appear to have happily received them. They include MPs for the Alliance of Democrats (AD) which said it was hostile to the allowances.

The AD’s deputy leader, Professor Ntoi Rapapa, said he has received the money but the party is still opposed to the allowances. Prof Rapapa said it was Deputy Prime Minister Mathibeli Mokhothu, leader of the Democratic Congress (DC), who pushed for the payments.
“The money is all blown to pay the past arrears,” he said.
He said the allowances are a clear indication that the government is not interested in cutting costs.
“You should find out where the Education Minister is right now and how much she spends,” he said.
He said his party’s executive committee is yet to decide what its MPs should do with the money.

The AD secretary general, Dr Mahali Phamotse, who opposed the allowances, said she was already using the money to fund projects in her constituency.
She said they promised to use the money to help their communities.
“Now it is up for every member of parliament to decide on what they will do with the money,” Dr Phamotse said.
She said she bought a wifi router for her community.
“I also hired a building for them where they gather comfortably to pursue their studies,” she said.

Nyapane Kaya, who recently defected from the Basotho Convention (ABC) to the MEC MP, also declined to comment saying“the issue of petrol allowance has been emotional to both the public and those who receive it”.
“I usually decline to comment on emotional issues,” Kaya said.
The MEC deputy leader, Tšepang Tšita-Mosena, said she prefers to use the money“in a way that will change the lives of the people one is living with instead of using it for one’s personal benefit”.

“It cannot be returned to the government because the system does not work that way,” Tšita-Mosena said.
“There is no special account for such monies. Once parliament has made a decision there is nothing one can do.”
“I would urge all MPs to use the monies to better the lives of their people. If one identifies a youth project and decides to help with this money or do any other good thing for the people then I think it will be worthwhile.”