Previously customers were only able to receive cash in Lesotho. The Mukuru country manager, ’Maleseli Mohapinyane, said Mukuru is one of the largest monetary transfer agents in Africa.

She said in November last year they announced the new service which allows their customers to send money out of Lesotho to 20 different countries. Mohapinyane said Mukuru has been trusted by over 10 million customers for its safety, convenience and reliable transfers.

“We are now proud to announce that customers in Lesotho can now send money from Lesotho to 20 different countries,” she said.

Mohapinyane said they have increased their network of foot prints in Lesotho from one branch in 2020 to 39 pay-in and pay-out locations across Africa.

She said in Lesotho they have two branches in Maseru, they have 15 Mukuru orange booths across Lesotho. They have also partnered with the Lesotho Post Office and Vodacom M-Pesa.

She said they have in-house technology which includes the Mukuru app and the WhatsApp platform that allows customers to create orders for themselves in their convenient locations.

“We pride ourselves with many things, but most importantly with safety, being reliable and instant money transfer,” she said.

She said once the customer have been registered, they are able to create an order and once the order has been paid for, instantly the recipient wherever they are will be able to receive the funds.

Mohapinyane said it will now be possible to send money to countries such as South Africa, Zimbabwe, China, Pakistan, Bangladesh and India. She said Mukuru has been in Lesotho for over six years where it has been receiving funds from various countries including South Africa, Botswana, Zimbabwe, Malawi, Zambia and the UK.

Mohapinyane said Basotho can now go to their nearest booths and get services. She said they have over 100 agents across Lesotho that can assist customers with the registration process.

Once they have registered they can start sending money instantly. She said as Mukuru Lesotho they noticed that there is an undeniable need to grow their footprint that is the reason they have partnered with the Lesotho Post Office.

She said what spurred them on was a need to boost convenience and allow people to send money easily across Africa and Asia. She said they are committed to put their customers in front in all their endeavours.

She said they also offer services such as funeral cover and the Mukuru card and payment solutions for businesses as well. She said Mukuru was listed as one of the leading 150 cross-border companies globally in 2020.

“The company is 17 years old and it cannot be classified as a start-up,” she said. She said the transaction charge for the sender between Lesotho and South Africa is 10 percent while the recipient is not charged anything. 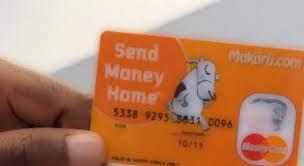 Are Journalists under digital surveillance?