Africa-Press – Lesotho. Prime Minister Motsoahae Thabane has accused a section of legislators as well as some members of the party he leads of subversion, calling on national security and intelligence services to investigate what he termed “conspiracy to force a change of government through illegal processes.

” The prime minister and leader of the All Basotho Convention (ABC), senior partner in the ruling quartet coalition, made the disquieting revelation about his party rivals’ alleged plot to topple his government on Friday in a statement broadcast on national television, in the course of his update on progress made, thus far, in the fight against the global pandemic COVID-19.

He called on the commander Lesotho Defence Force, Lieutenant General Mojalefa Letsoela, police commissioner Holomo Molibeli, the Director General National Security Services Tefo Ralenkoane as well as their correctional services counterpart to remain loyal to their oath to protect the country’s constitution, government, the Basotho nation against all enemies of the state – foreign and domestic.

“Cognizant of these developments, I order you to investigate these terrorist acts and ensure that appropriate legal action is taken against those leading this campaign,” Thabane said.

He said it was unfortunate that while the country and the world were in grapples with the rampant COVID-19 pandemic outbreak “some people are busy plotting to unlawfully overthrow the government, simply because of their insatiable thirst for power.

” “This pandemic is wreaking havoc is a foreign enemy that kills indiscriminately, one that calls for all of us to join a single crusade to battle.

Government, opposition and the nation at large ought to dissipate petty political squabbles for some time and join hands to fight the pandemic…lest we lose this fight and lead our country into ruin,” Thabane continued.

He reminded his rivals that he has more than twice announced he decision to retire as prime minister, and called on them to be patient. Thabane early this year made public his decision to step down from office by July 31, citing fatigue and old age; and after he was accused of having had a hand in the 2017 murder of his estranged second wife Lipolelo.

He has since been granted leave to challenge his prosecution in the Constitutional Court, after arguing it was out of order to try a sitting prime minister criminally.

But his rivals within the party, in concert with the opposition bloc, are pushing for his early departure and have teamed up to form a new coalition government; a move Thabane, some members in his cabinet as well as within his ruling ABC is opposed.

Hardly 30 minutes after Thabane’s passionate call, the ABC’s deputy leader, Professor Nqosa Mahao, appeared in public with Leader of Opposition and Democratic Congress leader, Mathibeli Mokhothu, to announce the two biggest parties in the country have partnered in a new coalition whose operational mandate would be announced and put into effect when the now prorogued parliament resumes.

Briefly addressing the press after the meeting between the two parties in Maseru, also on Friday, Mahao revealed that the signed coalition agreement will rope in small parties from both sides.

“…and we have the numbers to form a new government,” said Mahao, whose grip on the ABC deputy leadership follows a year-long legal bout with Thabane and the executive committee that was voted out of office in a party elective conference in February of last 2019.

These developments while the ABC parliamentary caucus recently met to deliberate on and elected Thabane’s successor, choosing finance minister, Dr Moeketsi Majoro, as the next prime minister when Thabane eventually steps down.

The ABC executive committee had, however, nominated party Chairperson, Tsoinyana Rapapa, to succeed Thabane, according to Secretary General Lebohang Hlaele’s media statements ahead of the caucus vote; Rapapa’s nomination was met with strong resistance from some senior party officials who also happened to hold cabinet positions.

The ABC’s executive committee had rallied behind Rapapa as he was seen as a cog in the Mahao faction during the feuds for the committee to enter into office – Majoro, at the time was pro the Thabane camp.

An argument was also bandied that Rapapa was the rightful candidate by virtue of being the most senior party official in parliament. Party deputy, Mahao, is not a member of parliament. 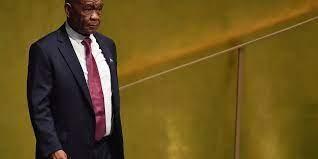 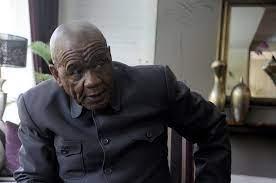