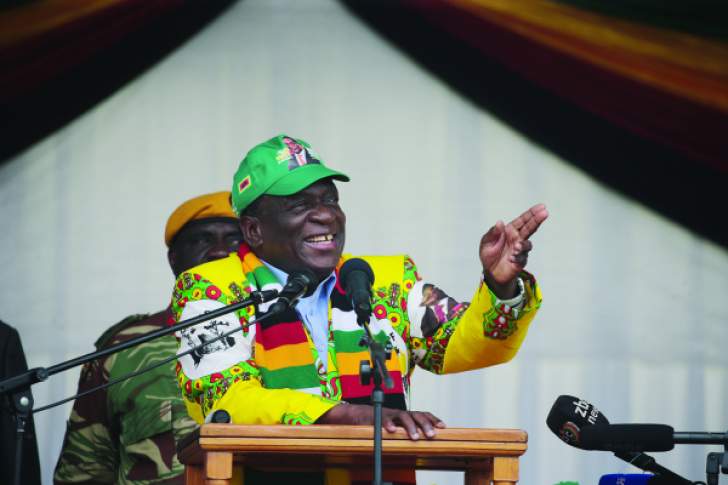 THE Office of the President and Cabinet (OPC) has been implicated in a multi-million-dollar tender scandal after top bureaucrats tried to smuggle a losing bidder through the back door, the Zimbabwe Independent reported.

The US$18 million tender is for the supply and installation of the Telecommunications Traffic Monitoring System (TTMS), which many suspect would be used as a surveillance mechanism by the state.

Originally won by Spanish firm Global Voice Group (GVG) last year, the lucrative deal, according to official sources, was now being wrestled from the lawful winners to a Bosnia and Herzegovina-headquartered company, NSoft.

In so doing, sources said, the officials have tried fervently to besmirch GVG.

Interestingly, an investigation by the Independent this week indicates that GVG has remarkable footprints on the African continent where it has offered ICT and RegTech solutions to governments and regulatory bodies in Guniea, Lesotho, Tanzania, Ghana, Senegal, Congo, Gabon, Uganda and Rwanda.

On the contrary, the OPC-preferred NSoft’s main activity is software development and custom software solution for bookmakers (sports betting) and the gaming industry, including in-house development of virtual games and draw-based games.

It has secondary business in artificial intelligence-based software solution for surveillance known as Vision.

The Independent further established this week the matter has over the past few months been a subject of a vicious tugof-war after two regulatory authorities Postal and Telecommunications Regulatory of Zimbabwe (Potraz) and the Procurement Regulatory Authority of Zimbabwe (Praz) firmly opposed OPC to supplant GVG with NSoft.

Investigations by this publication show that spirited efforts to overturn tender results in favour of NSoft started in 2019, with officials from the OPC and the CIO fighting in NSoft’s corner.

Sources said when the tender process was opened, NSoft was in a full-scale charm offensive to clinch the deal.

However, after losing the tender, authorities allegedly sought to nullify the tendering process on the basis that GVG had been involved in corrupt activities in Lesotho, where its officials were alleged to have bribed a minister, and in Guinea.

“Thereafter, the company (Nsoft) started lobbying for the tender to be nullified on grounds of manipulation and gross malpractices,” a source said, adding, “regional law enforcement agents and telecoms regulators in Guinea, Tanzania, Ghana and DRC however joined others to vouch for GVG’s conduct and ability to deliver during Zimbabwe’s due diligence process.”

Confidential documents filed by Potraz and Praz, seen by this publication this week, show that the authorities’ assessments of GVG operations were based on merit.

Therefore, the documents show, GVG was deemed to be the suitable winner of the multi-million-dollar deal.

“The reality is that our people are very corrupt and they obviously lied to NSoft that they would guarantee the tender is awarded to them. However, there is Praz and Potraz involved. The Ministry of Information Communication Technology (ICT) and the OPC are also involved in the vetting process and no single man gets his way. It is not a joke and this is common to find people being duped that way,” an official said.

Once operational, the project is expected to generate an estimated US$10 million in revenue every month.

“In 2019, GVG won its case against the state of Guinea for wrongful termination of contract. As a matter of fact, in April, 2021 we signed a new partnership with the Telecommunication and Posts Regulatory Authority (ARPT) of the Republic of Guinea to bring tangible answers to the regulator’s new requirements in the current and future Guinean telecom environment,” de las Heras said.

“For over 20 years, GVG has built a solid track record, delivering cutting-edge ICT and RegTech solutions for governments and regulatory bodies. Our company is strongly committed to bringing compliance and transparency to key economic sectors and this is our only concern.”

Mnangagwa, sources said, then ordered an investigation to assess whether the tender process was in line with the law.

“Results of the investigation show that indeed, the tender process was conducted in line with the law and the president blocked moves by his own officials,” an OPC source said.

Potraz director-general Gift Machengete said the tender process was above board.

“We cannot comment as the process is yet to be finalised, but Potraz is there to ensure corrupt hands stay off these tenders,” Machengete said.

“According to PPDPA Act, all procurements are now being handled by procuring entities. Praz will follow due process and a detailed response on the issue will be availed in due course,” he said.

Presidential spokesperson George Charamba said: “If the president was satisfied that the tender process was above board, then what is your story? We are the ultimate authority.”

He, however, referred this publication to ICT ministry.

“You must speak to the minister of ICT first and then we can have a chat.”

ICT minister Jenfan Muswere and permanent secretary Sam Kundishora were both not available for comment as they are attending a Pan-African Postal Union conference in Victoria Falls this week.

It is also tailor-made to combat network fraud and enforce billing integrity across all communication networks.