Africa-Press – Liberia. The occasion was indeed colorful, and was held at the famous Penn House on Camp Johnson Road, central Monrovia on Friday, January 14, 2022 when several prominent Liberians and other foreign residents and institutions received the Global News Network Incorporated yearly award for their valuable services to the nation and its people during the tear 2021.

The fifteen honorees who received their annual awards included the former Chief Justice of the Republic of Liberia, Cllr. Gloria Musu Scott who was named as Woman of the Year, while the President of the Liberian Senate Pro-Tempore, Albert T. Chie was named as Man of the year. 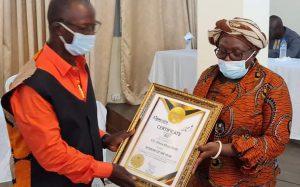 During the presentation of the awards, the Publisher and Chief Executive Officer of the Global News Network, veteran Liberian journalist, Joel Cholo Brooks admonished honorees to continue to be role models of their respective country in helping to shape the future of the country for the benefit of the grater majority. 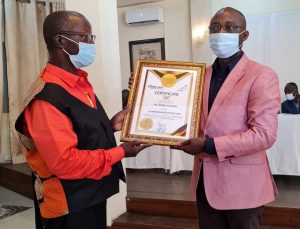 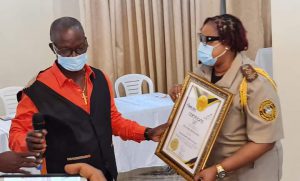 For More News And Analysis About Liberia Follow Africa-Press