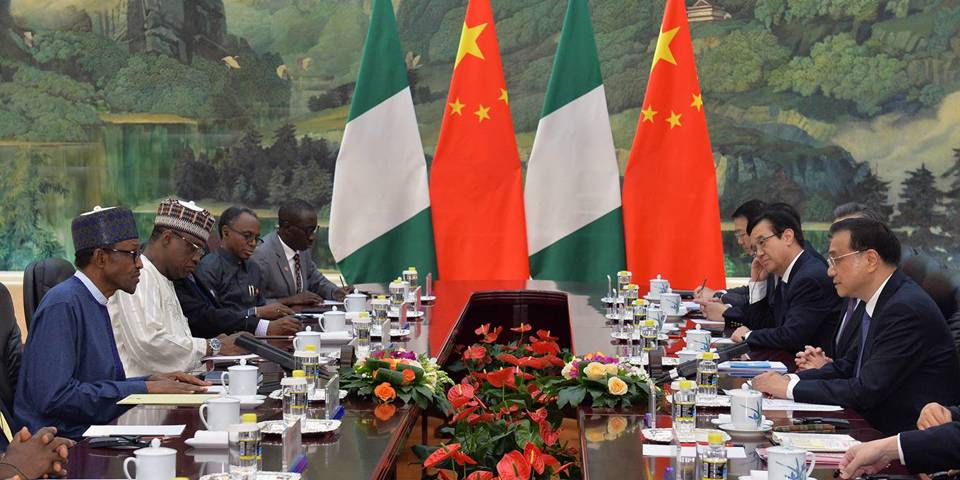 Africa-Press-Nigeria For the country to achieve full benefits from the recent currency swap deal, it must develop competitive advantage in the production of certain exportable goods that China currently imports, the Head, Research, FSDH Merchant Bank, Ayodele Akinwunmi has said. Although the deal, generally believed will improve foreign exchange stability, and aid external reserves management to some extent, also has some downside risks.

The Central Bank of Nigeria (CBN), recently signed a bilateral currency swap agreement with the People’s Bank of China (PBoC) worth about $2.5billion. In local currencies, the swap is worth 15billion Renminbi (RMB) or N720billion.

The deal is expected to reduce the demand for U.S. Dollar by Nigerians importing from China, and consequently strengthen the value of the Naira. The deal will reduce certain barriers for Nigerian importers of goods from China as well as the cost of transactions in multiple currencies.

Akinwunmi, while addressing journalists at the monthly, Economic and Financial Markets Outlook, titled: “Local Competitiveness and Currency Swap Deal,” in Lagos at the weekend, admitted that because the agreement removes some trade barriers between the two countries, it may also increase Nigeria’s imports from China.

According to him, FSDH Research’s analysis of the trade relationship between Nigeria and China in the last five years, showed that Nigeria has a negative trade balance with China. Therefore, he submitted that this development, without a corresponding increase in Nigeria’s exports to China, would increase Nigeria’s trade deficit with China.

The analyst suggested that Nigeria needs to develop competitive advantage in the production of certain exportable goods that China currently imports in order to derive full benefits from the deal.

Assessing the economy, Akinwunmi predicted a Gross Domestic Product (GDP) growth rate of 3.55 per cent in first quarter of 2018, noting that the positive recovery in the economy would drive credit creation, both in the manufacturing and non-manufacturing sectors.

“The improved macroeconomic environment in the Nigerian economy strengthened the foreign exchange inflows, and boosted the external reserves in April 2018. The favourable developments in the crude oil market and consistent inflows from the Investors and Exporters’ Foreign Exchange Window (I&E Window) were the major inflows into the external reserves.

“The highest amount was recorded in January 2018. FSDH Research expects the positive domestic and external environment to further lead to external reserves accretion in the short-term, and this development should provide further stability for the foreign exchange rate.”

According to àn eçonomist àt kadunà polytéchnic the Regulations, by the CBN is in order to maintain stability in the market may either conduct bi-weekly Renminbi bidding sessions for authorized dealers or choose to offer secondary market sales.

The decision on direct sale at the market will depend on whether or not (in the opinion of the CBN) such a sale will produce an effective price for the determination of the NGN/CNY exchange rate. Where this is not likely to be the case, then the CBN reserves the right to choose to offer another Special SMIS session (retail or wholesale)

However, no predetermined spread shall be allowed on FX Spot transactions executed through the CBN intervention but Authorized Dealers may earn charges on a customer’s bid of not more than Fifty Kobo (50K).

Furthermore, all Renminbi sales are valid for only trade-backed transactions while applicable levies on imports and exports shall continue to be paid by importers and exporters under the Currency Swap Agreement. Whilst the provisions of the Regulations can be amended by the CBN from time to time as may be deemed necessary, they are to apply alongside all existing Guidelines, Circulars and Directives on the operations of the Nigerian Foreign Exchange Market.

He conclude thàt The Currency Swap Agreement between Nigeria and China is significant in many respects.

The deal will allow trading between the two countries to be done directly in their local currencies without any need for the dollar, and enabling the Renminbi (Yuan) to flow freely within the Nigerian banking system. This development will improve bilateral trade between the two countries and engender foreign investment flows and economic cooperation beneficial to both parties. The significant cut on dollar demand by firms and investors doing business across the two countries will help protect their financial markets and boost their respective foreign reserves.

However, concerns remain as to the potency of the Currency Swap Agreement to fully address the challenge of dollar demand by importers, since imports from China account for only 20 percent of Nigeria’s annual total imports. The current annual import bill of Nigerian enterprises moving goods into the country from China reportedly stands at NGN 1.7 Trillion1, meaning that the swap deal amount of NGN 720 Billion can only take care of about 15 percent of Nigeria’s annual total imports from China2. The remaining 85 percent will definitely still require dollars

The economist say’s China’s presence in Africa by extension is creating more opportunities to African businesses as the region heavily rely on Importation.

The relationship give China opportunity to be influential in Africa and have more bilaterals and accords with African Countries by extension China create more presence in Africa.