Africa-Press – Seychelles. There has been a surge in the number of drifting Fish Aggregating Devices or dFADs across the five locations where the Island Conservation Society (ICS) has a permanent presence – namely, Aride Island, Alphonse Atoll, Desroches Atoll, Farquhar Atoll and Silhouette Island.

This situation is a cause for concern, as the man-made device often weighs several kilogrammes to several tonnes and brings an array of non-biodegradable materials such as metals, PVC pipes, plastic tie-wraps, and polythene ropes and nets.

FADs, which can be either drifting or fixed (fFAD), are deployed at sea by fishing boats to attract pelagic fish, with tuna being the target species. In Seychelles, dFADs are causing severe environmental damage, entangling species and ripping apart coral reefs.

“We are inundated with dFADs all year round. Since the beginning of the year, we have physically surveyed 11 to collect data on their type, location, vessel origin and any ecological impacts we can observe. Since then, six of these have been removed, dissembled and sent to Mahé. Altogether for the past six months, we have detected 59 dFADs that have drifted within a five nautical mile radius of the Alphonse Group,” states Gail Fordham, the Alphonse Group conservation officer.

This number represents a stark increase compared to last year when only 7 dFADs were physically observed off the Alphonse Atoll. Additionally, Fordham states that “30-40% of dFADs that the ICS team encounters are often long-abandoned and without satellite buoys, and are therefore not reported by the online tracking system”.

On Desroches Atoll, the ICS team has so far recorded 113 dFADs, and on Silhouette 144 dFADs have been recorded drifting in the vicinity of the island.

“The longevity of the devices, coupled with their continuous deployment, has led to the accumulation of dFADs year on year, and this can be observed through the data collected by all the conservation centres of ICS,” states Matthew Morgan, head of science & projects.

ICS works in collaboration with other partners, such as the Islands Development Company (IDC), tourism establishments and volunteers to help remove the devices while they are still at sea. However, most drifting FADs inevitably collide with habitats, such as coral reefs and seagrass beds, where they remain stranded in locations that are either hard to reach by boat or without human presence.

“We have found it very difficult to remove the devices, especially in the south-east monsoon, when we experience strong winds and waves. Some of them get stuck in locations where we can only have access during certain tides,” says Jake Letori, the ICS conservation officer based on Farquhar Atoll.

For most of the Islands, the topography makes the retrieval extremely difficult, and the materials used to build such devices add financial constraints to disposal procedures.

“Recently, a huge one weighing a tonne or more grounded itself on Aride’s eastern beach. It had old ropes, bottles, nets and it even had plastic chairs fixed to it. It did not have a GPS device. It was so huge that we have found it impossible to move it, cut up or even dismantle it with what we have available on the island,” says Colin Taylor, the interim reserve manager of Aride Island Special Reserve.

He adds that this dFAD will unfortunately soon become a permanent feature on the beach of the island.

The fishing industry is estimated to contribute over 50% to the enormous gyres of marine debris polluting our oceans. Hence, many countries have opted to use fixed devices (fFADs), which are said to cause less damage to the marine ecosystem.

With the noticeable increase of dFADs around islands, ICS is urging its partners to review and improve dFADs management in the Indian Ocean by enforcing measures such as regulated designs, using non-entangling and biodegradable materials, and fewer deployments in order to minimise their destructive effects on sensitive marine and coastal habitats. 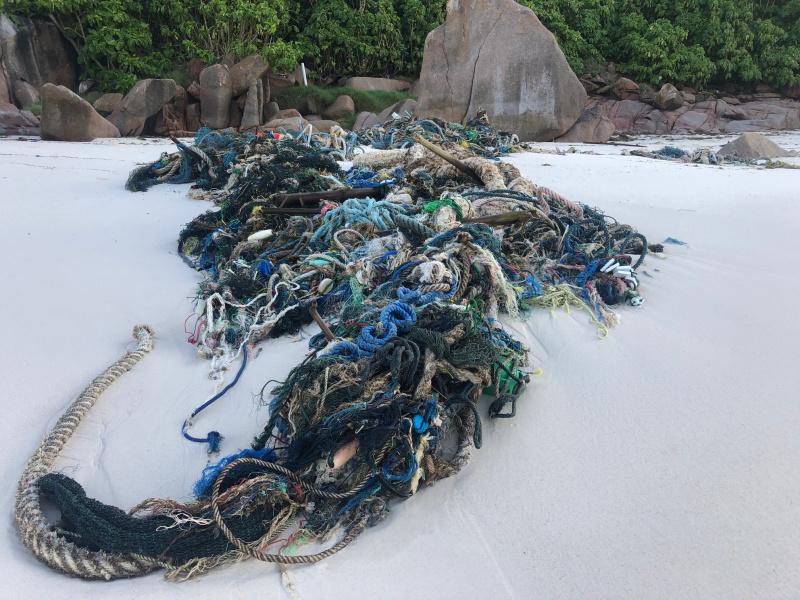 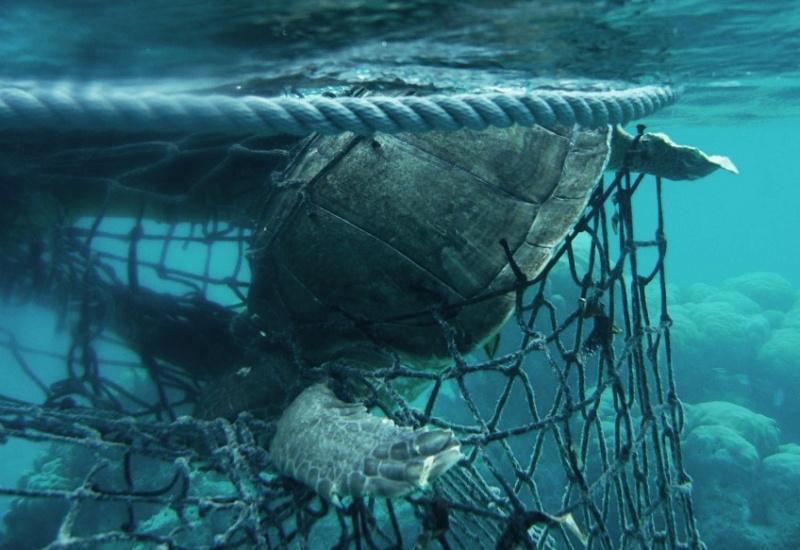 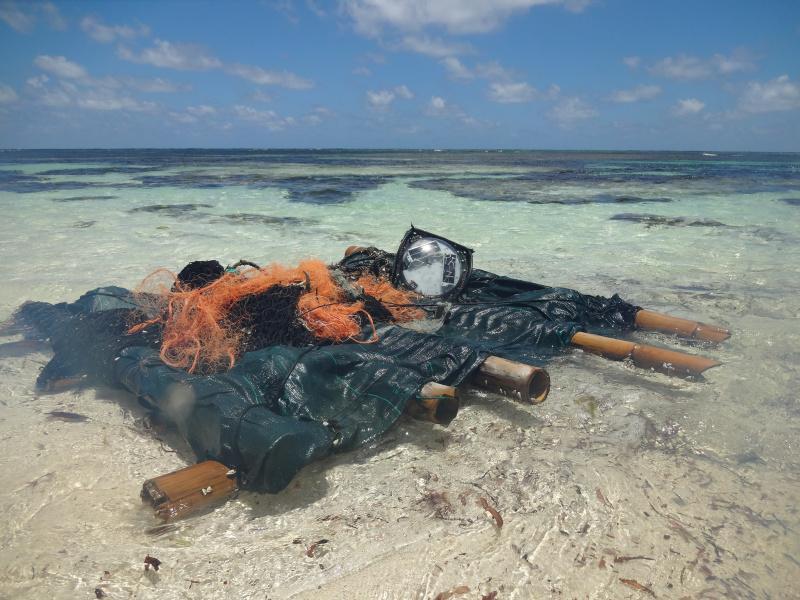 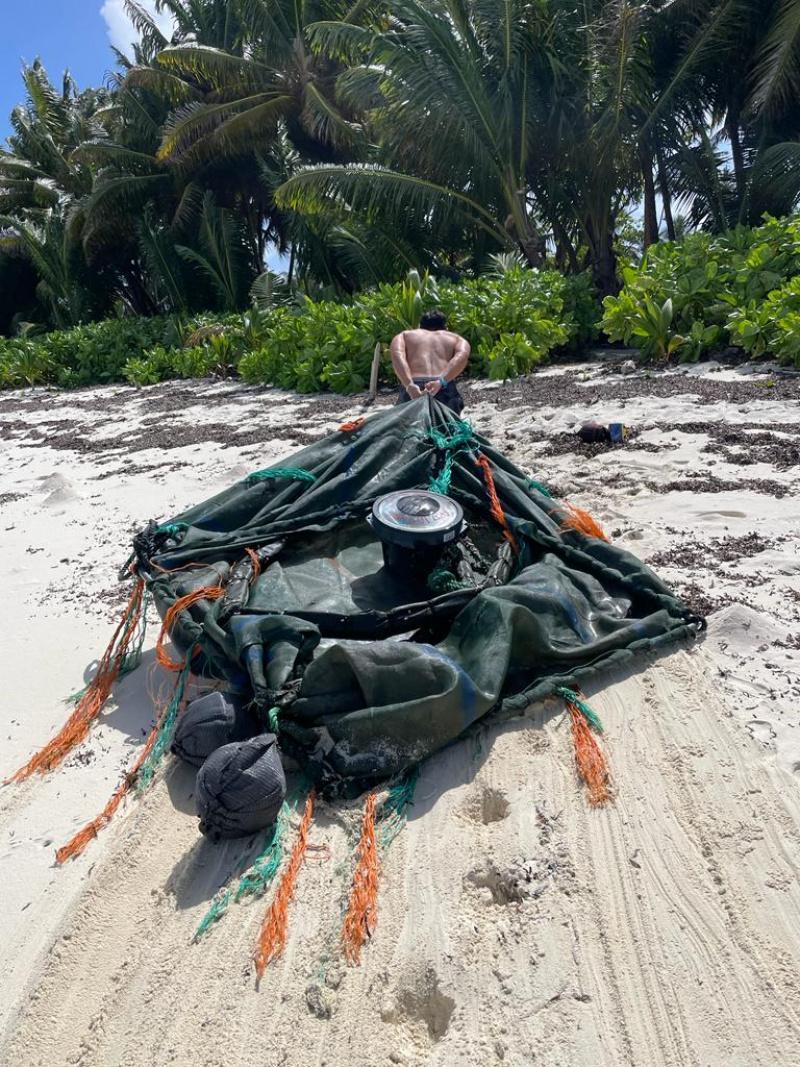 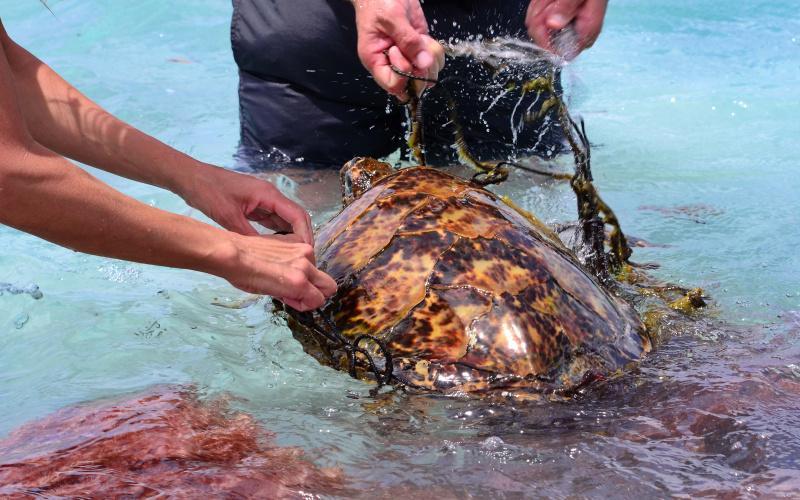 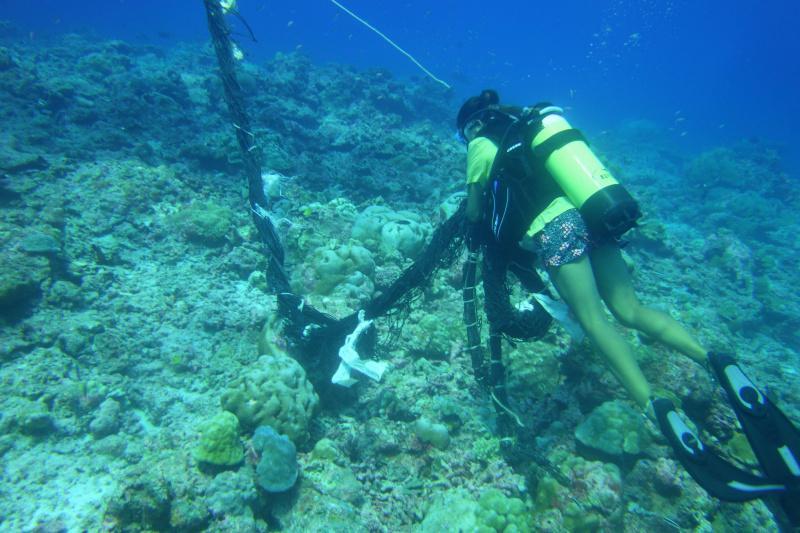 For More News And Analysis About Seychelles Follow Africa-Press

From Dos Santos to Mugabe – the burial disputes over ex-leaders

NHS IT supplier held to ransom by hackers