Africa-Press – Seychelles. The National Council for Children (NCC) is conducting a series of seminars in primary schools to better equip primary six pupils with regard to abuse and safety.

The series of seminars started with Beau Vallon primary on Monday and yesterday it was held at the Au Cap primary school.

The fifty or so pupils learned what agencies are involved in the protection of children, especially the child protection unit.

Fatma Bibi, the manager for training and education at NCC, enlightened the pupils on the various types of abuse, what is child abuse, how to recognise the signs of abuse and how a person being abused may react.

The aim of the NCC is to better equip the pupils to transition to secondary, recognise abuse but more importantly how to protect themselves.

The programme first started with Independent School as a pilot project last year and this year the NCC offered this service to all primary schools.

Ms Bibi said the NCC wishes to cover all the schools as the programme is to adjust the primary six pupils to better transition to secondary level.

The programme is part of the Children’s Festival and will run until December.

Ms Bibi highlighted that pupils are most of the time overwhelmed with the large population of the secondary schools and find it difficult to adjust.

She added that this has various effects on the pupils such as joining gangs, falling back on school work and dissociating.

She said that this is a form of culture shock as pupils are not used to such environments.

She further added that this is seen through pupils who performed well in school or had good behaviour and that there is an immediate change in their attitudes.

The two groups of pupils from the school participated actively in the seminar displaying paramount knowledge in the subject.

Ms Bibi noted that the seminar is a chance for them to enhance their knowledge, learn new terms and things that have been overlooked and go more in depth into the matter.

Raisha Gabriel noted that the seminar was going really well, she learned about the four main types of abuse, how to protect herself and at the same time to respect others.

She added that she also better understood where to go if there is any case of abuse.

Naomi Onezime highlighted that she learned the different stages of abuse, how to better protect oneself, to help protect others and have respect for others.

The chief executive of NCC, Yasmin Umarji, said the transition project to secondary is for safeguarding and protecting the pupil.

She added that pupils learned to express themselves, safeguard and protect intimate areas, techniques and strategies for protection in case they encounter an undesirable situation.

The seminar will be conducted in all the primary six in all schools. So far the programme has been conducted in 10 primary schools.

The programme is a flexible one that adjusts to the needs of individual pupils so that they better understand.

Mrs Umarji noted that the NCC wishes to work with the teachers and counsellors to help them gain the skills to better disseminate or conduct such activities for the pupils so that they don’t have to rely on NCC.

The school counsellor at Au Cap primary, Samira Michel, stated that the pupils are interested in getting these information and they absorb the information thoroughly.

She added that there are pupils who are grasping this information well whereas others are still grasping the concept of the subject. However the seminar is helping in the sense that it is giving them more in-depth information. 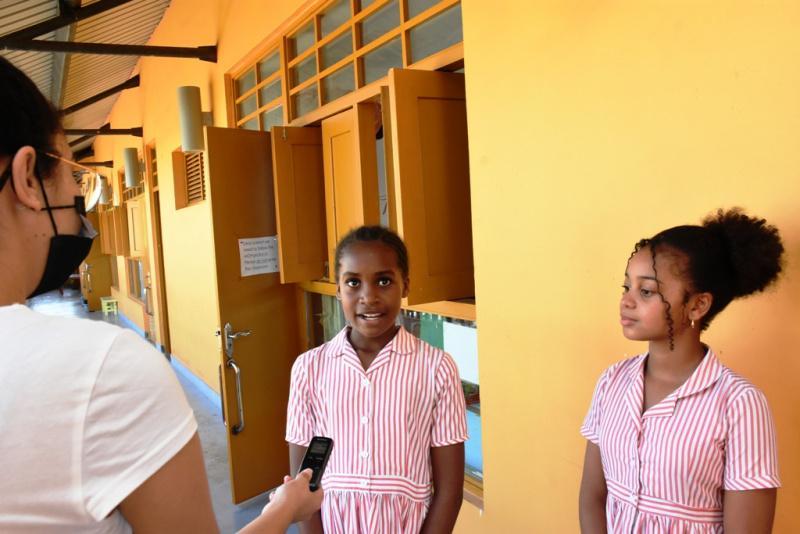 For More News And Analysis About Seychelles Follow Africa-Press

6th Annual Conference on Special Needs and Disability Compliance in Basic and Higher Education in South Africa from June 23 – 24, 2022