Africa-Press – Angola. Pride in London is celebrating five decades of annual marches and festivities to celebrate the LGBTQ+ community.

The central London parade returns, on Saturday, after a two-year hiatus due to the coronavirus pandemic.

About 2,000 people joined the first UK Gay Pride Rally, in London, on 1 July 1972, the nearest Saturday to the third anniversary of the Stonewall riots against a police raid at a gay bar in Manhattan.

Now, more than one million celebrate Pride in the UK’s capital – and there are events all over the world. 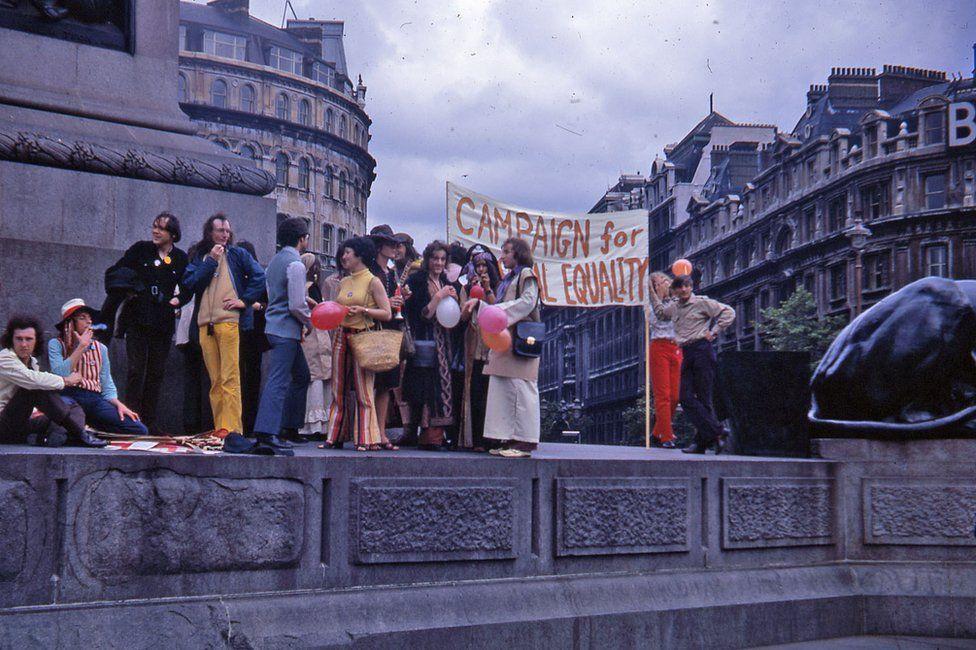 Bishopsgate Institute’s Special Collections and Archives holds one of the most extensive collections on LGBTQ+ history, politics and culture in the UK, including:

the Lesbian and Gay Newsmedia Archive, more than 300,000 press cuttings and about 10,000 LGBTQ+ titles, from academic works, biographies, fiction and poetry to pulp fiction more than 10,000 images of Pride, from the first march to the present day 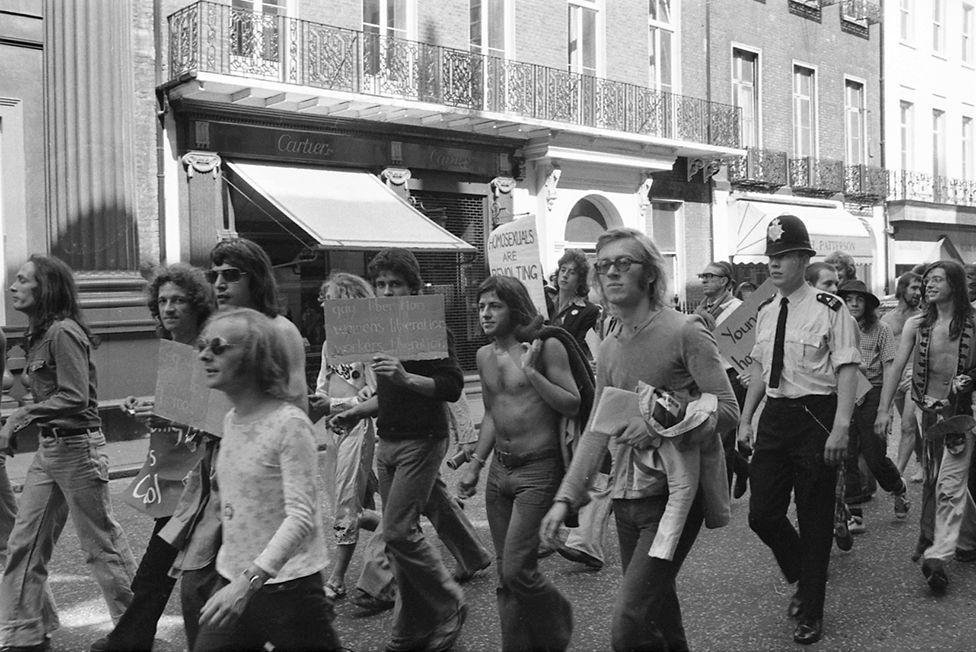 “We have missing voices from LGBTQ+ people in the historical narrative, due to the struggles and oppression the community has faced over the decades.

“It is so important that our histories are recorded now to celebrate how far we have come in visibility and hard-won freedoms but also to warn and arm the community for any future struggles.” 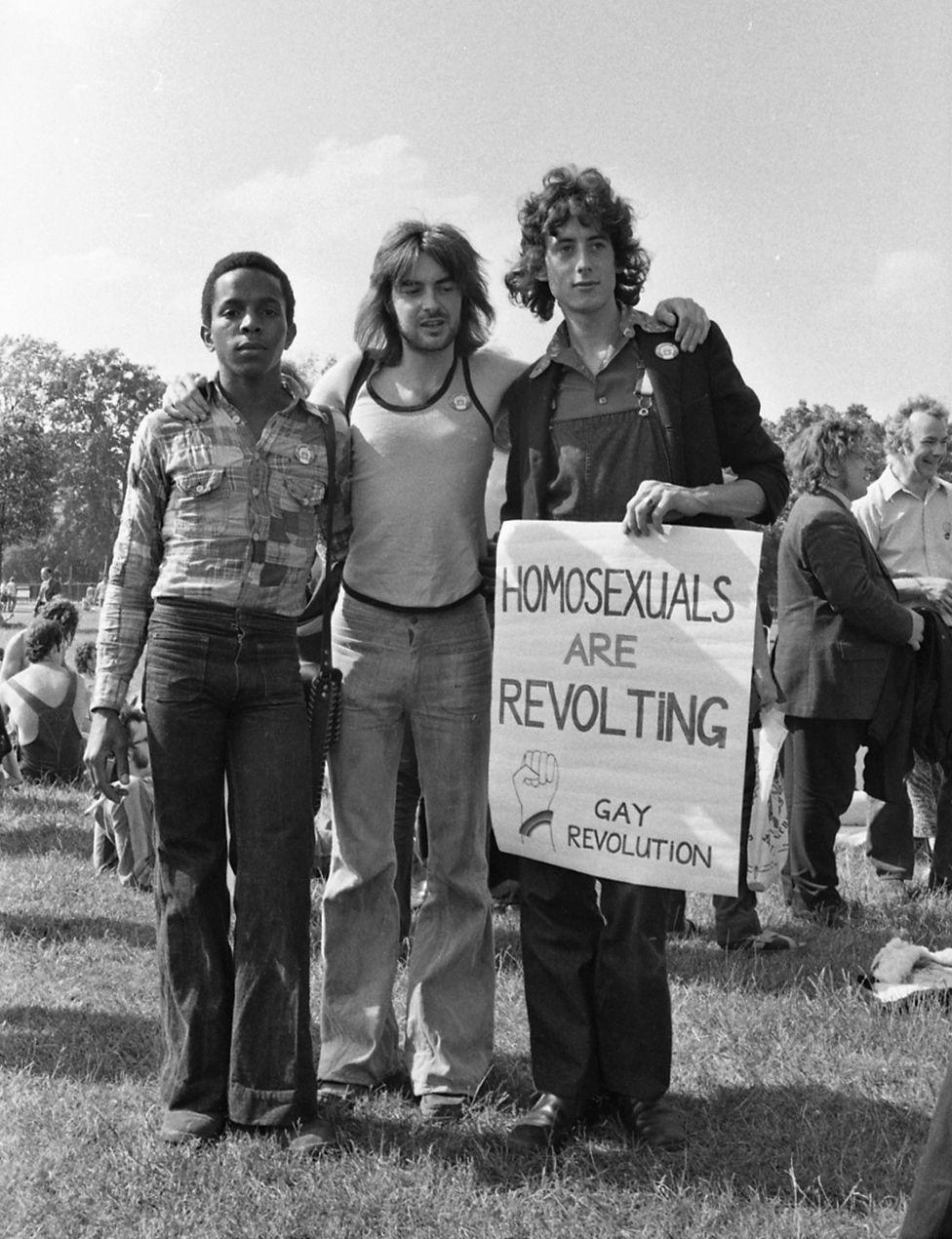 “We did that in front of the police, almost as a challenge.

“Fortunately, nobody got arrested.” 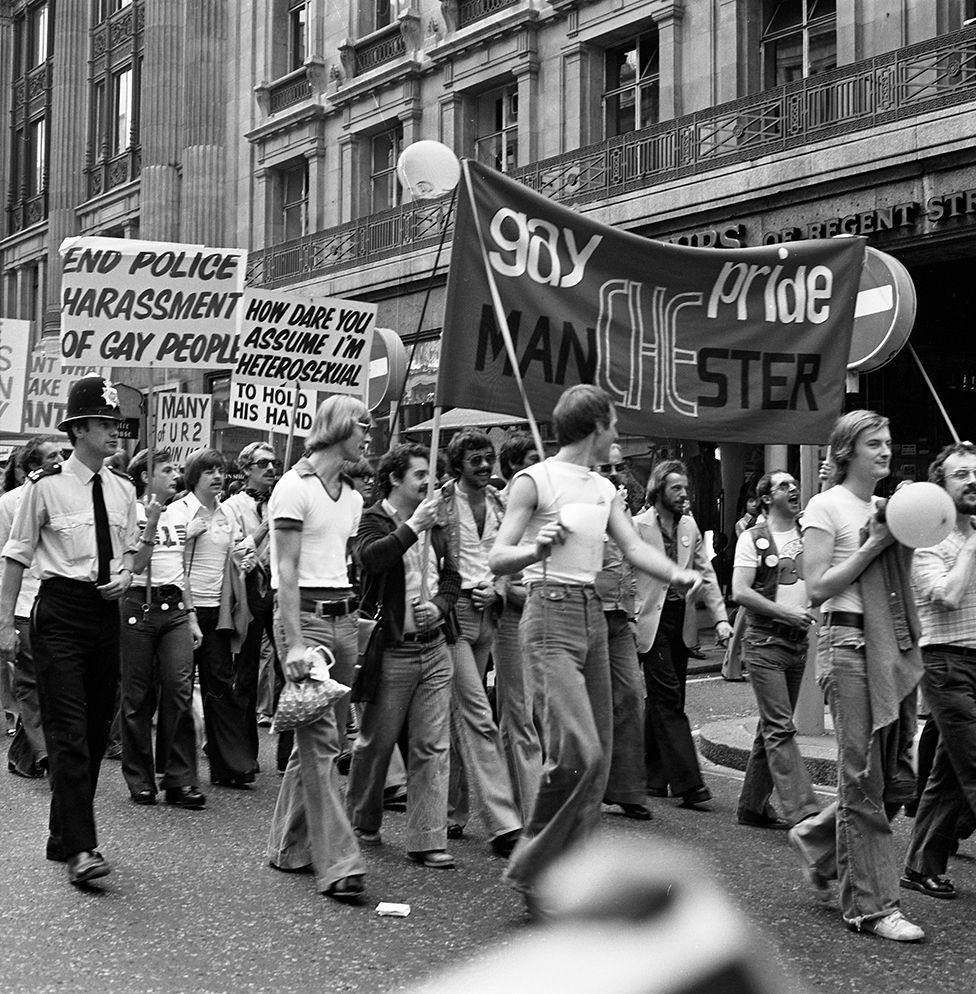 Gay Pride Week, in 1976, saw a picnic in Victoria Gardens, by the Houses of Parliament. 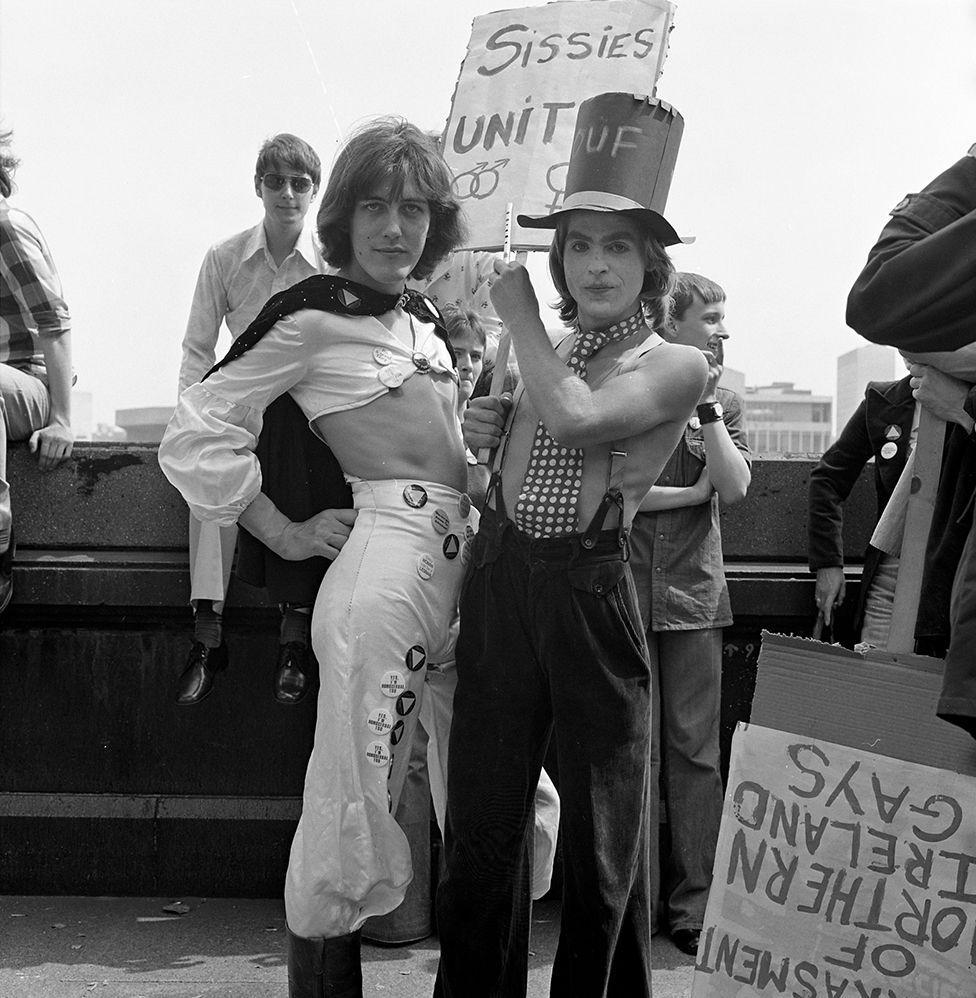 Many of the images have never been publicly displayed.

“These kind of photo archives don’t exist elsewhere in this size and scope,” Mr Dickers said. 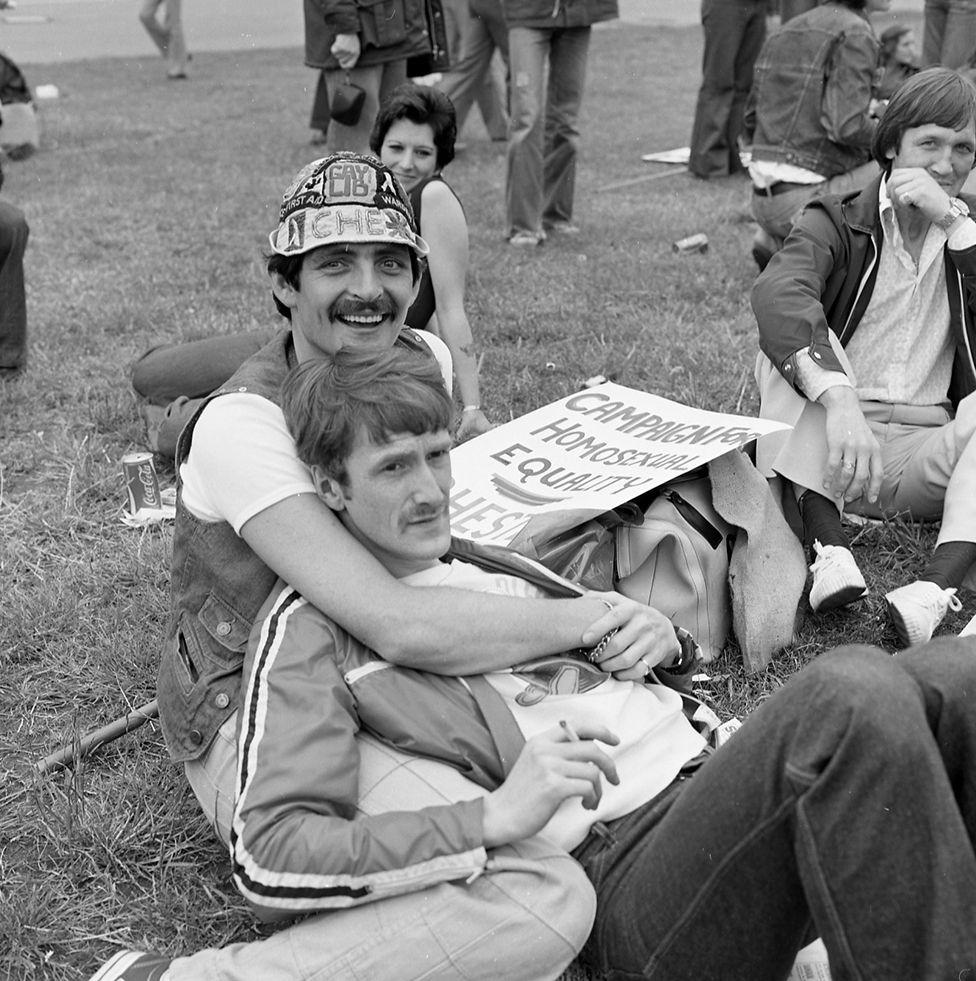 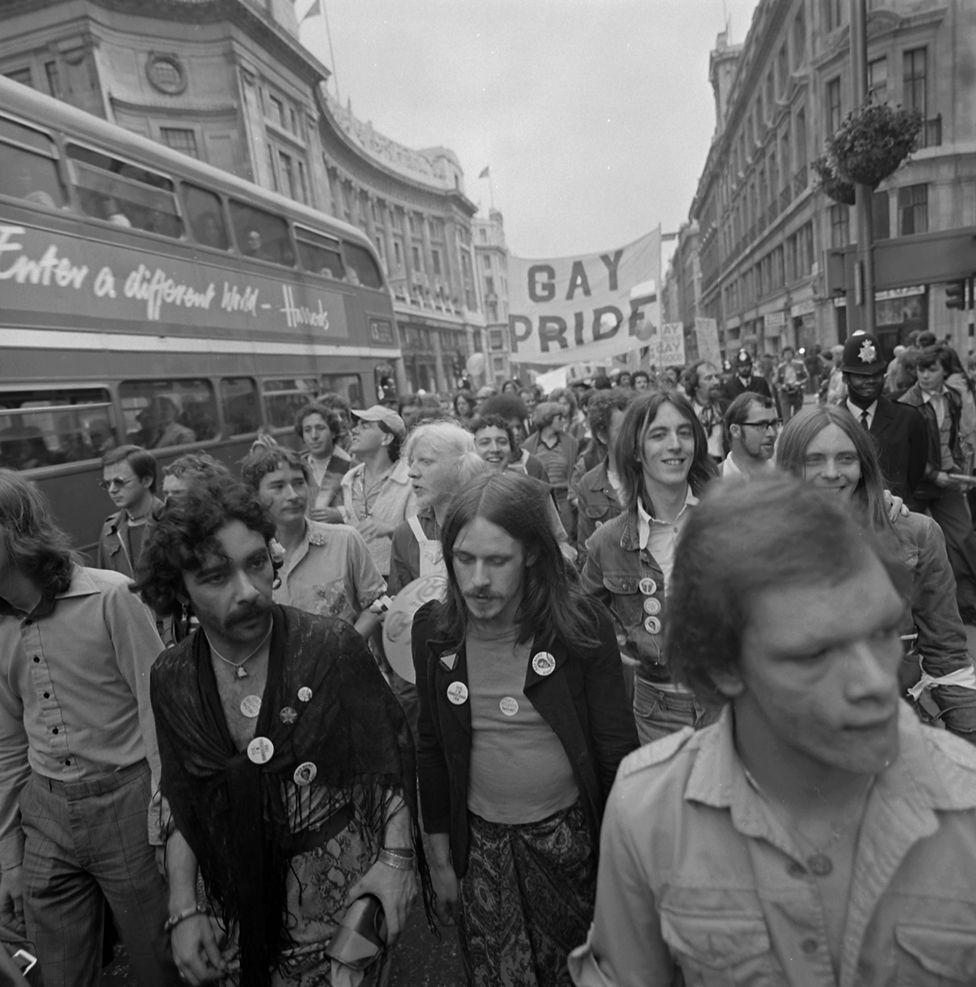 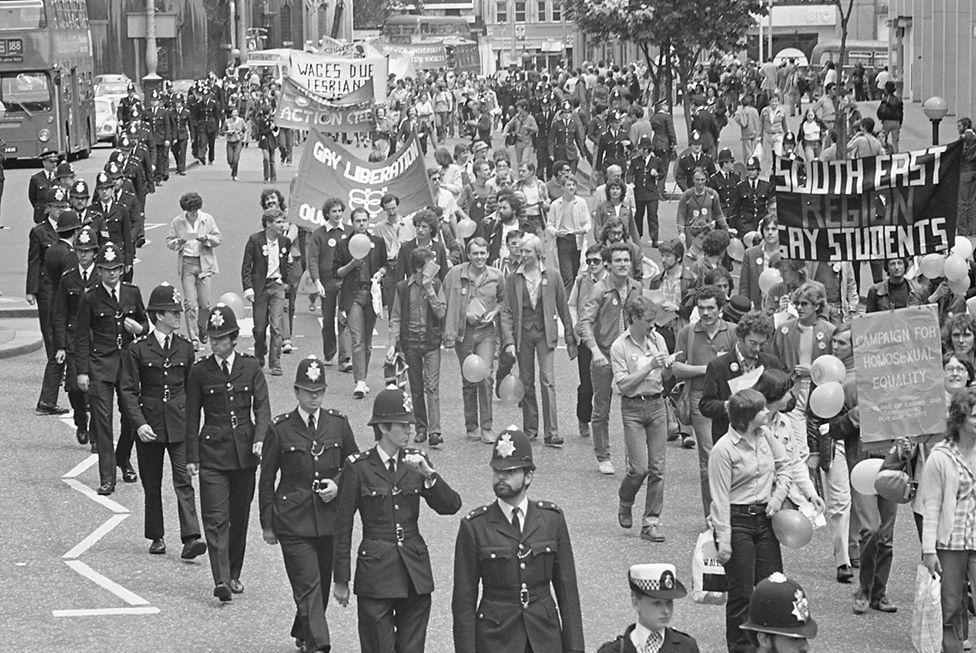 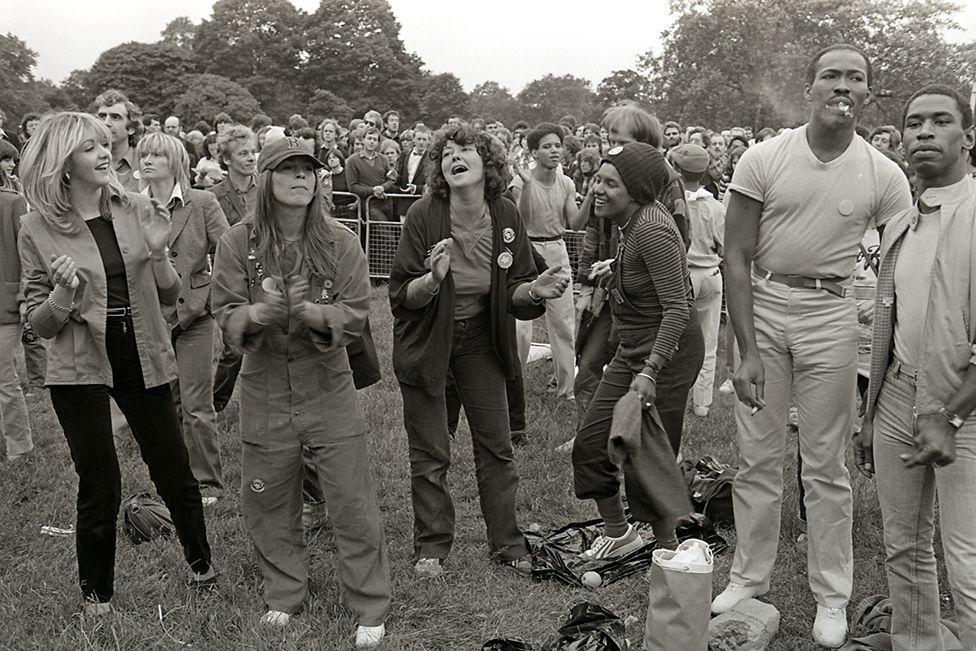 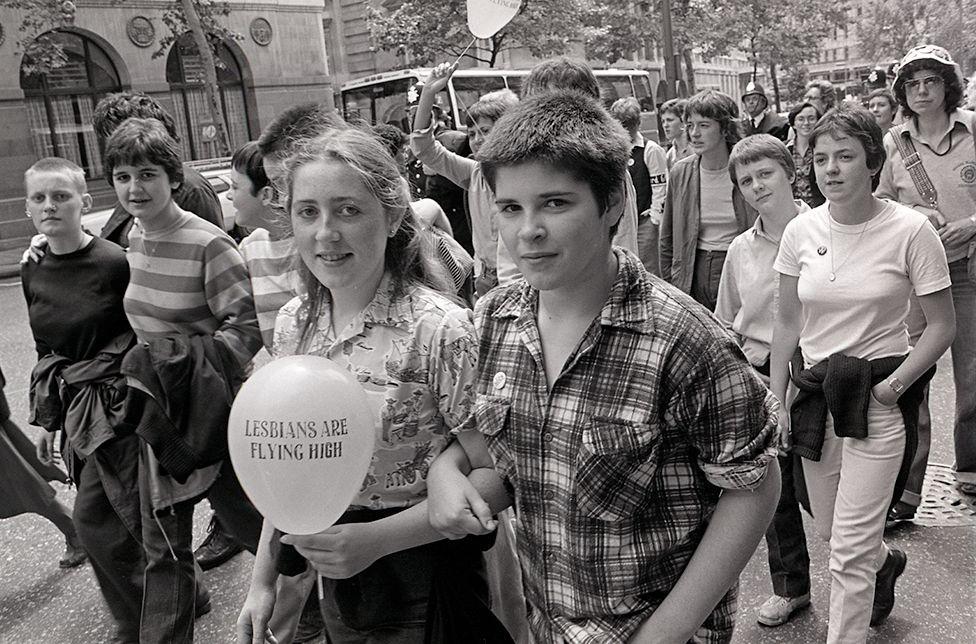 Section 28 of the Local Government Act 1988, which meant schoolteachers were not allowed to “promote” gay relationships, was repealed in 2003. 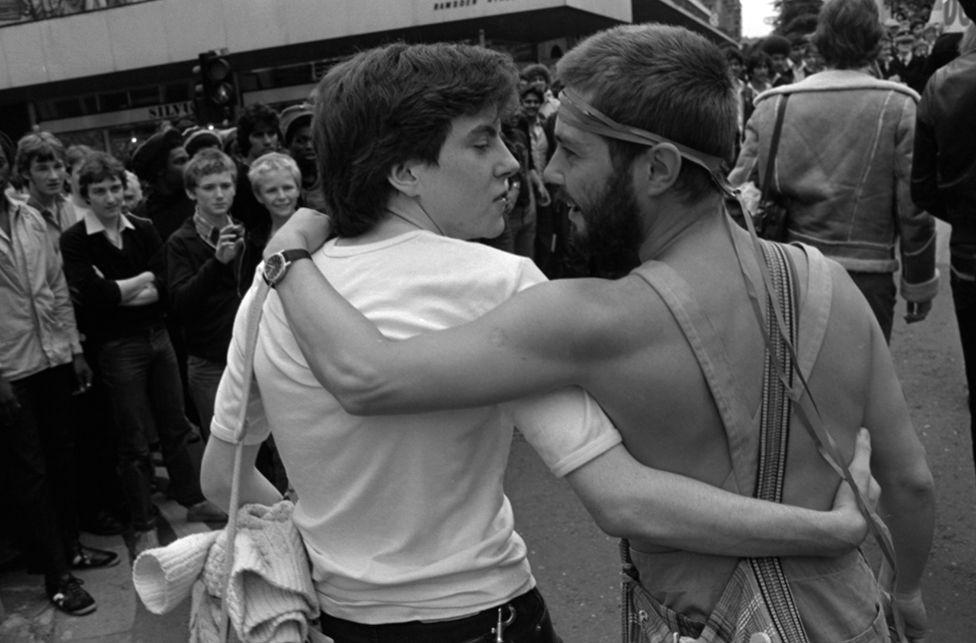 The 1981 Pride march was moved to Huddersfield, in support of the Gemini Club, which police had called “a cesspit of filth”. 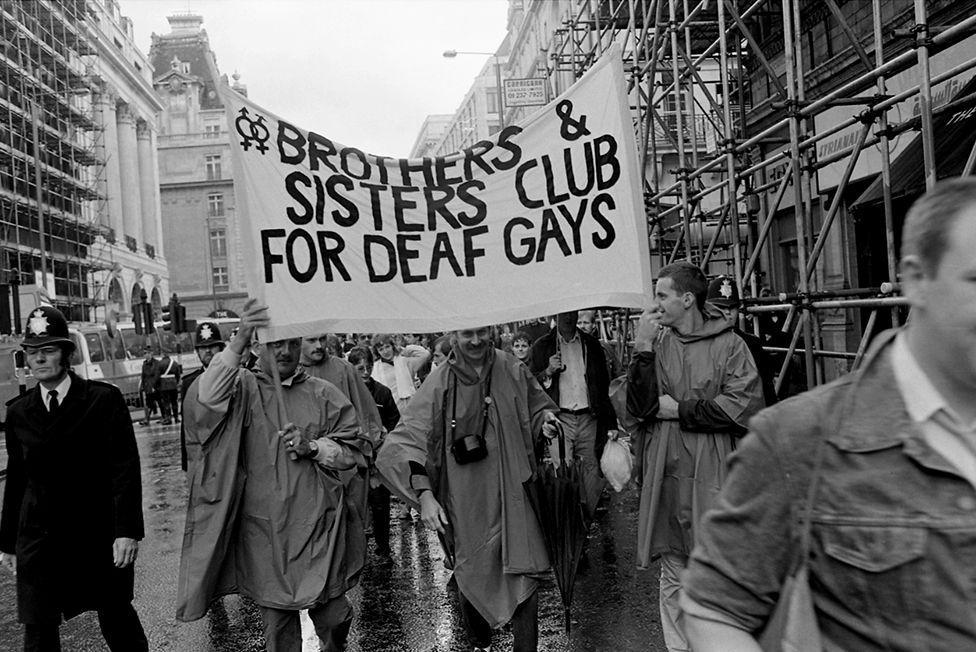 In 1983, the march was renamed Lesbian and Gay Pride. 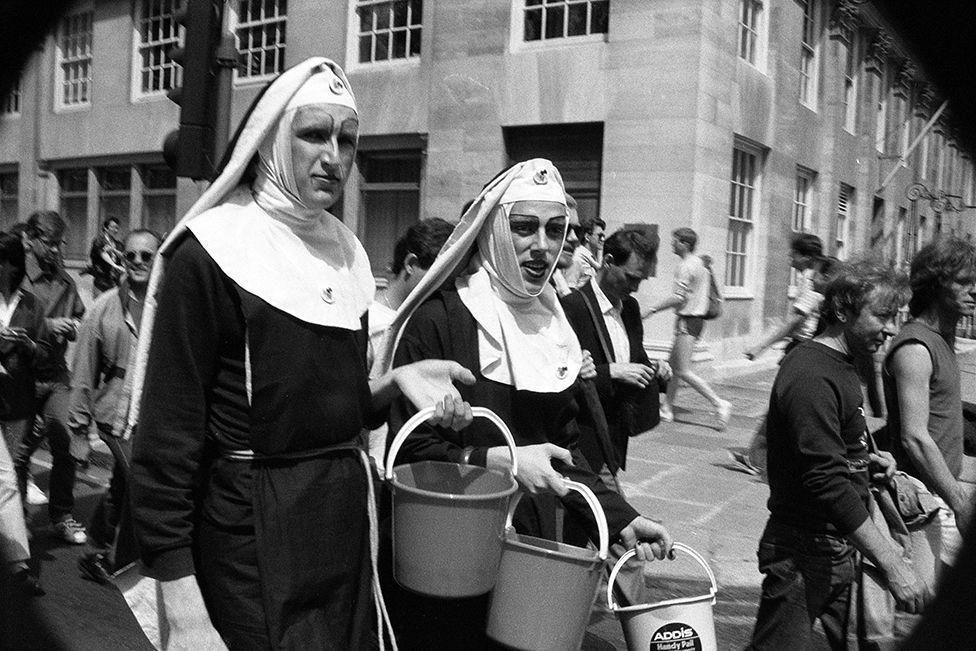 In 2017, Mr Tatchell told the BBC’s Newsround: “We have made fantastic progress.

“Compared to two decades ago, Britain is almost a different country.

“All the main anti-gay laws have been abolished.

“We are now one of the best countries in the world for gay equality.”

Today, it is illegal to discriminate against somebody because of their sexuality or gender – although, many gay people face discrimination in their daily lives.

“There is big progress – but more needs to be done,” Mr Tatchell said.

“Public attitudes are much more supportive – although, there are still families who reject their gay children.

“We still have too much homophobic hate crime, many kids are still bullied and a lot of schools don’t have an anti-bullying programme that specifically addresses anti-gay issues.

“We want to get to a situation where no-one cares what sexuality you are, where we accept the person and their right to love whoever they wish – male, female, both or neither.”

“New additions to our archive arrive almost daily and we would recommend anyone to get in touch who wants to record and document their own LGBTQ+ history,” Mr Dickers said.

“As this year is such an important milestone, we hope people will share images of what Pride means to them, through our People’s Pride gallery.

“This could be attending the official Pride festivities but also other moments of joy and celebration that make them feel proud to be who they are.

“It’s also not limited to London and we’d be delighted for people to contribute from all over the UK.”