Africa-Press – Angola. The United States of America (USA) and African countries “sealed”, this month, in Washington, a new cooperation pact, which opens the way for more advantageous partnerships, in areas considered essential for the progress of the continent.

The commitment came out of the high-level summit, which, for three days (from 13 to 15 December), brought together, in the North American capital, leaders of 49 African countries and the African Union (AU), to discuss the new models of strategic partnership.

The US-Africa Leaders Summit, attended by the Angolan President, João Lourenço, presented the new vision of the US administration, aimed at strengthening ties and cooperation with its African partners.

The initiative took place at a time when the US is seeking to regain ground in Africa, to compete on an equal basis with other states in Europe and Asia, such as China, Russia and Turkey, whose investments are multiplying on the continent. 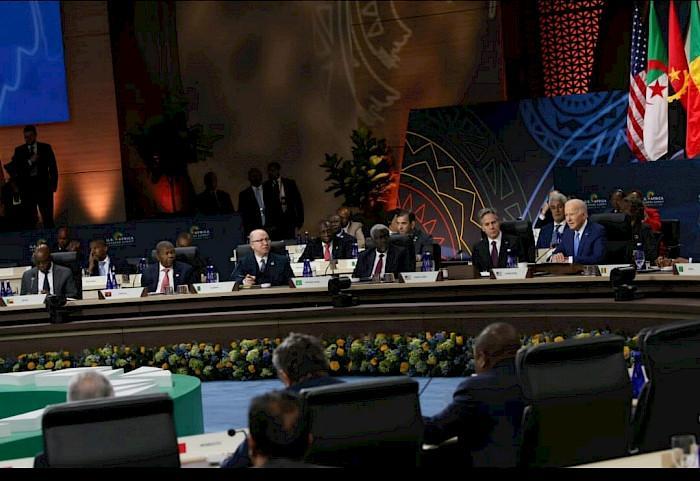 In essence, the Washington meeting served as a unique opportunity for President Joe Biden to listen and collaborate with African counterparts on key areas that the US and Africa define as critical to the future of the continent and the world.

To this end, the American statesman invited, in addition to Heads of State, members of civil society and the American private sector, as well as the high hierarchy of the White House, such as the Vice President and members of his Cabinet.

Under the “negotiating table” were themes of great relevance, discussed in different panels, such as the vital role of civil society and the strength of African diaspora communities in the United States of America.

The summit discussed issues that mark the agenda of African countries and the international community, such as trade, investment, peace, health, security, good governance, space cooperation and climate change.

During the work, issues related to the increase in bilateral trade and investments were also analyzed in a Business Forum, which brought together leaders from the private sector of more than 300 American and African companies.

This initiative was fundamentally intended to catalyze investments in priority sectors such as health, infrastructure, energy, agribusiness and the digital field. 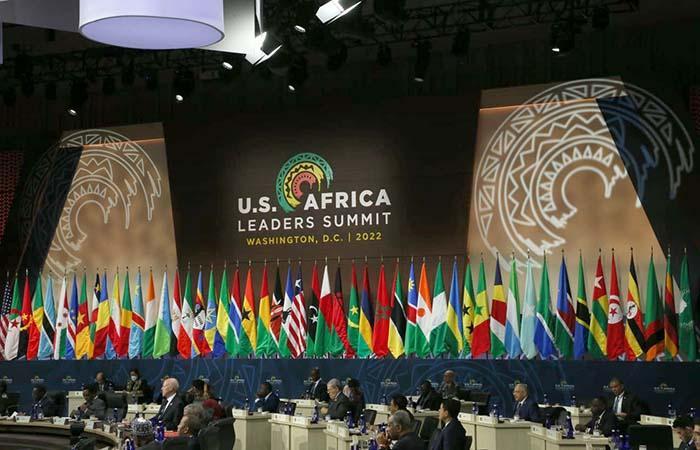 Agenda 2063, which brings the strategic vision of the African Union (AU) for Africa’s progress, was also at the center of the debates, during the third and final day of the event, dedicated to high-level discussions between African leaders and the President Biden.

Another hot topic was food security and the resilience of food systems, an issue that has become critical in Africa, disproportionately affected by rising food and fertilizer prices, and disruptions in global supply chains, resulting from the war between Russia and Ukraine.

For this important summit in Washington, African countries proposed, with one voice, a new axis of multilateral cooperation, based on five fundamental areas, presented by the president of the African Union (AU), Macky Sall.

Thus, Africa expressed its desire to share five priorities on its agenda with the United States of America, with particular emphasis on the fight against terrorism.

The first priority of the African-American partnership has to do with maintaining peace, security and fighting terrorism globally. 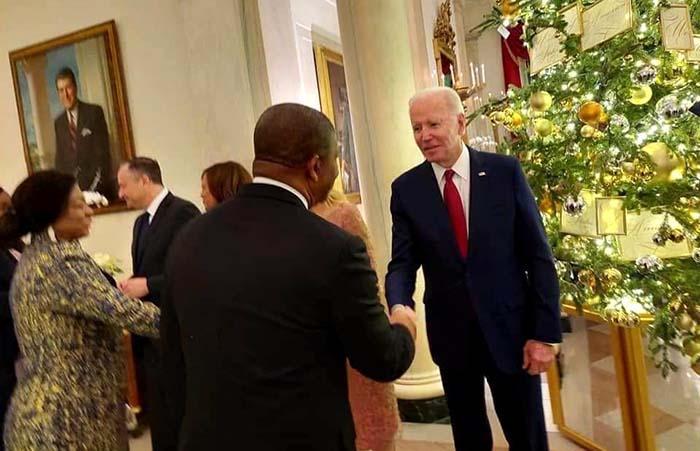 The continent wants the fight against terrorism in Africa to form an integral part of the UN’s global fight against this scourge, which constitutes a threat to international peace and security.

According to the AU president, the African states hope for a strong involvement of Washington in this vital issue, so that the UN Security Council (SC) of the UN places the issue of the fight against terrorism in Africa in the same framework of collective security mechanisms of the Universal Charter of the United Nations.

In this regard, the African leaders welcomed President Joe Biden’s decision to support Africa’s participation as a permanent member of the G20 group and the United Nations Security Council, one of the claims highlighted by the Angolan President, João Lourenço, in one of his speeches at the summit.

The second axis of the strategic partnership between the US and Africa has to do with climate change, health crises and the right of special drawing or suspension of debts contracted by African States to international creditors.

In this sense, the African leaders requested international solidarity action in relation to the matter of debt relief, in order to ensure the efforts of resilience and relaunch of African economies, desire noted by Joe Biden. 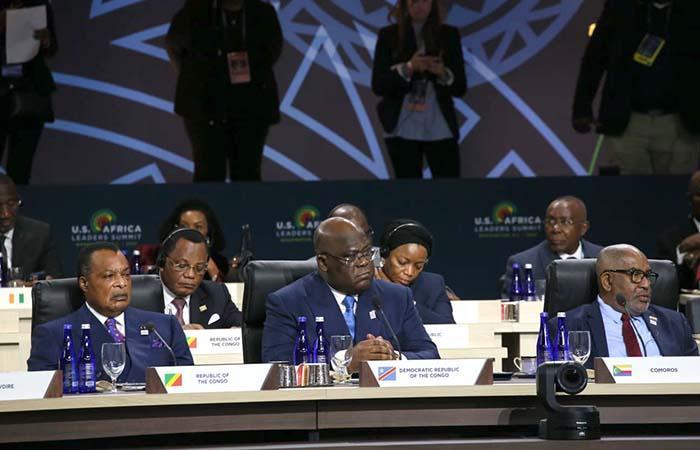 Incidentally, the President of the USA announced that his country is leading a global effort to carry out equitable agreements, in order to ensure debt relief.

“We are asking Congress to give a credit of USD 21 billion to the International Monetary Fund (IMF), to give the necessary access to financing for low and middle income countries”, said Joe Biden at the time.

Meanwhile, within the framework of the strategic partnership with the US, Africa also requested greater involvement of the US in the construction of infrastructures, such as roads, railways, power stations and digital infrastructures.

The continent, according to Macky Sall, needs USD 96 billion, by 2030, to finance its needs, so it requires an equitable transition

According to the AU leader, the lack of this product affects more than 600 million Africans.

Another pillar of the new cooperation strategy is to win the battle for food sovereignty, which is why the continent’s leaders asked the US to adopt urgent measures to facilitate access to fertilizers and other agricultural products.

“We want to work with the US to improve production in Africa, based on massive investment”, explained Macky Sall, who invited the Americans to work together, likely to ensure a more peaceful world governance. 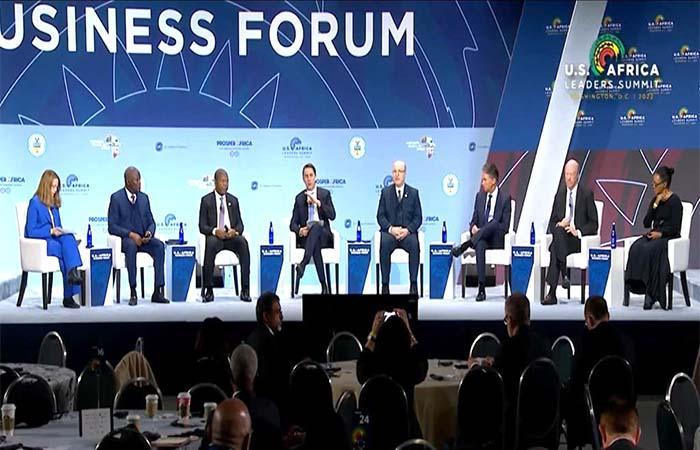 In this regard, Africa requested the lifting of financial and travel sanctions on Zimbabwe’s political, military and economic elite, as well as companies linked to that State, imposed by the US several decades ago.

The measure was due to violent mass seizures of land owned by whites, alleged electoral fraud and human rights violations by the former President of the Republic of that African country, Robert Mugabe (deceased).

Zimbabwe was considered, until independence from colonial rule in 1980, one of the most promising economies in Africa. It currently has deficiencies in its health system, water supply, transport and public infrastructure.

In the same direction, Africa requested the repeal of the Law of the United States of America, which provides for punishing countries involved in business with Russia.

The continent’s leaders understand that this is a diploma created to punish African countries involved in trade with Russia with sanctions, given the scenario of military conflict between that country and Ukraine, ongoing for several months.

The diploma, entitled “Law to Combat Malicious Activities of Russia in Africa”, was presented by the Republican Party, but received support from the Democratic Party, having been approved in April this year, in the Chamber of Deputies.

“Africa demanded that this law be lifted, so that there would be no impediment to the partnerships that the African continent has developed”, underlined, at the time, the Angolan Minister of Foreign Affairs, Tete António.

Within the framework of this important summit, the US administration pledged to expand broad economic opportunities in Africa, relying, in particular, on the direct participation of the US private sector.

During the summit, President Joe Biden announced the availability of more than USD 15 billion for new businesses, in addition to ensuring that African partners work together with their country’s Congress, in order to invest more than USD 350 million in a new digital transformation initiative with the “cradle continent”.

The US Government addressed with African leaders the need to put an end to what it considers “opaque, coercive trade agreements, environmentally destructive, poorly constructed projects that import or abuse workers, foster corruption and burden countries with unmanageable debts” .

Given this context, it committed to offering “a different approach”, with transparent, high-quality and sustainable investments for the planet”, capable of empowering local communities and respecting the rights of native peoples. 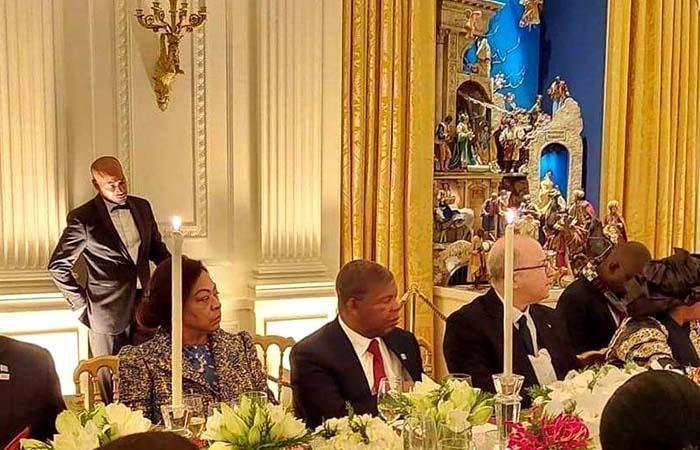 In fact, this year’s US-Africa Summit, the second in the history of relations between that country and African states (the first was eight years ago), marked the turning of the page in multilateral relations, which are expected to become more intense and advantageous.

Incidentally, that was exactly the message left by Joe Biden to African leaders, to whom he promised massive investments in the continent, in priority areas, without, however, failing to warn of the need for a strong commitment by African leaders to democratic issues. , transparency and good governance.

Just to give you an idea, the President of the United States of America announced the launch of one of the largest free trade zones in the world, in Africa, which represents a market of 1.3 billion people.

According to Biden, this is a comprehensive market, representing USD 3.4 billion.

“With the new memorandum, we will do things correctly, guaranteeing protection for workers, both in Africa and in the United States”, he underlined.

The North American President identified, in fact, five priority areas that should mark the new era of strategic cooperation, namely: support for the development of infrastructures and transport, innovation and entrepreneurship, improvement of health care, protection against computer threats and digital revolution.

Kew looks to native wildlife of Cameroon for 2023 Orchid Festival

Study points out main threats to the survival of Startups

Angola prepares law to regulate the world of Startups