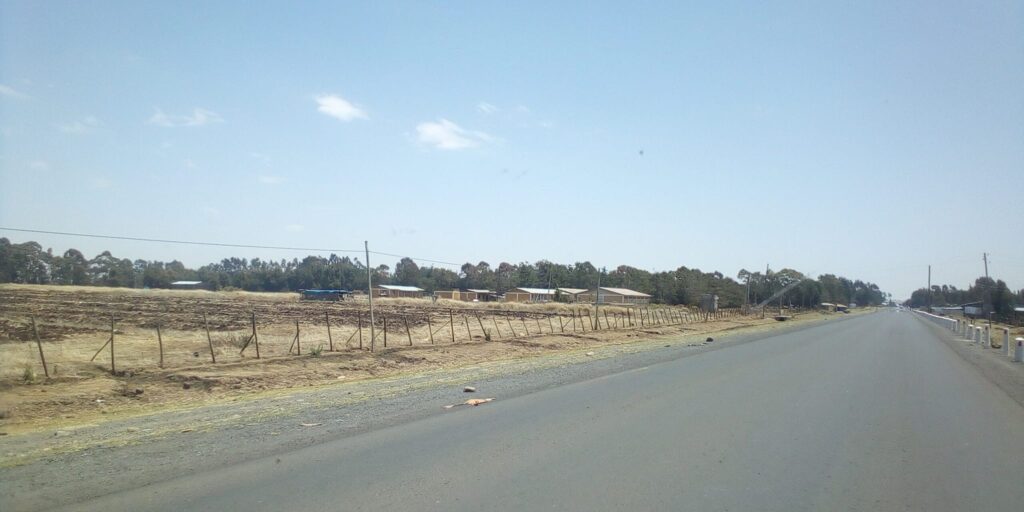 Africa-Press-Ethiopia A large piece of land, 280 hectares in the Kimbibit woreda of the North Showa zone of the Oromia region has fallen under the administration of the Amhara regional government under ‘unknown circumstances’ according to a statement posted on the woreda’s communication bureau. The statement also added that the deployment of Amhara special forces in the Woreda is making life difficult for the local farmers, preventing them from moving around freely.

The communication bureau discussed the Three decades-long land grabbing that continues threatening the livelihoods of the local farmers. It also stated that the woreda has fallen under the jurisdiction of the Amhara regional state in recent years.

The statement recalled that in 1985 Holeta agricultural research center seized 280 acres of land from 22 households to open up a bureau for the Food and Agriculture Organization (FAO) with the promise of introducing modern sheep rearing to the local community.  Fikadu Reggasa, a resident of Siinqee kebele in Kimbibit woreda remembered that the community was promised jobs, better access to research and development and a better future for their children, Fikadu told Addis Standard.

Fikadu’s household has eight members which he supports by farming. He said more than four acres of land he inherited from his father was taken, with the remaining land he can barely put food on the table for his family.  Fikadu takes up additional labor jobs to put his children through school.

However, the research center stopped operation in 2005 without fulfilling any promises the statement continued, adding, “When the institution discontinues its operations a few years later, it left the land to its employees instead of the local farmers to whom the land belongs to,” the statement said, adding, “Suddenly the land fell under the jurisdiction of the Amhara region.”

Fikadu recalled that the land was then handed over to a milk production company. “Years later the land ended up being administered by the Amhara region,” he said, adding, “We don’t know how our land is now in another region. Our question for the Oromia regional government fell on deaf ears.”

Worku Dadi,  another farmer whose land was taken by the institution said,  “We have been sending representatives to government offices but none of them pay attention to our case. They reassure us by telling us that our land should not be taken away unlawfully but they never try to get us justice.” He continued, “ Recently we were told that this area is the Amhara region and that won’t find jobs unless we have an ID issued by the Amhara regional state. Now the land is serving as a military camp for the Amhara special force, we fear for our lives as we go about our day.”

Residents told Addis Standard that among 22 households whose lands were unlawfully taken away by the institution, some of them fled their homeland while those who stayed behind are living in poverty.

The administrator of Kimbibit woreda, Moges Negash corroborated the statements of the local farmers and expressed solidarity with the local farmers. He vowed that the administration will continue to demand justice from zonal to federal echelons of government structures and urged the community to stay put.