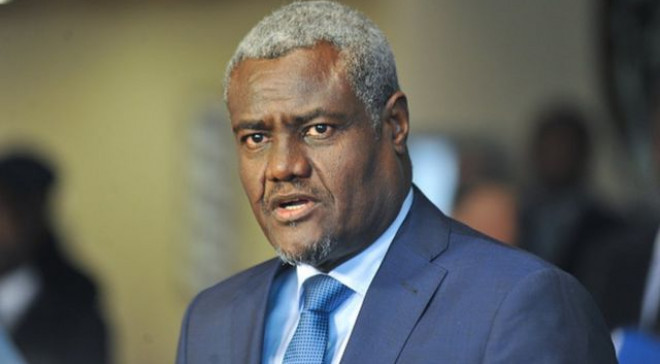 Farmaajo on Dec. 27 suspended Roble’s powers and sent troops to his office, accusing his one-time ally of corruption in a land deal with the national army. Roble denies wrongdoing.

AU Commission Chairperson Moussa Faki Mahamat “appeals for utmost restraint and calls for continued engagements and dialog between the president and prime minister in order to find a political solution to this present situation,” he said in a statement on Twitter Thursday.

The call comes in the wake of U.S. Secretary of State Antony Blinken’s expression of his nation’s opposition to Mohamed’s actions on Tuesday.
Tensions between Mohamed, who is widely known as Farmajo, and Roble have been escalating for months.

Earlier this year, Farmajo moved to strip the prime minister of his powers during a standoff over the president’s handling of the killing of 24-year-old Ikran Tahlil, a cyber-security expert at Somalia’s National Intelligence and Security Agency. Roble accused Farmajo of obstructing a probe into Tahlil’s disappearance in June, and a five-member panel established to seek justice in the case found no one guilty of her death.

Rising political tensions in the Horn of Africa nation may allow terror group al-Shabab, which wants to impose its version of Islamic law on the country and has waged an insurgency since 2006, to take advantage of a power vacuum in an already volatile region.

The AU has deployed its Amisom peacekeeping force to Somalia since 2007 to fight al-Shabab to try and shore up the government and maintain stability. The continental group has recommitted itself to scale up support to ensure there is durable peace and stability, Mahamat said.