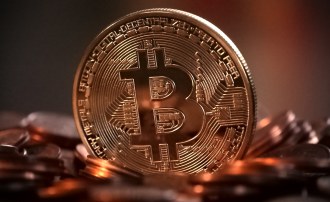 The Commercial Bank of Ethiopia has finally approved over 5,000 cash-counting machines held in storage after a dispute over quality issues arose between the Bank and the supplier last year. The machines, which were procured by the Bank through an open bid in mid-August 2019, had been held up on the basis that the delivered items differed from samples in terms of quality.

The Bank, which had already distributed 2,700 pieces before the dispute ensued, informed the supplier of its latest decision following an inspection of the machines carried out by a third party.

E-Banking Tech Co. LTD, the Korean company that supplied the machines, was notified last month to provide a warranty bond to collect the remaining 15pc of the payment. The approved cash-counting machines were procured for 1.7 million dollars at a unit cost of 300 dollars each.

The dispute, which arose mainly over the machines’ power supply, motor and counterfeit detector, had resulted in the Bank freezing the machines’ distribution and requesting a letter of clarification nearly a year ago. E-Banking had then directed Impact Technology, its local supplier, to provide demonstrations regarding all outstanding issues raised by the Bank.

The local supplier has since then resorted to requesting that an inspection be carried out by a third party as the Bank had not responded to offers for demonstrations. Nearly six months later, the Bank has accepted the outcome of a third-party inspection, which confirmed the supplier’s stand that the machines were up to the quality standards promised.

The allegations on quality made by the Bank were claimed as a ploy to discredit the supplier, according to Impact Technology CEO Endalkachew Bezu, who had stated that a senior technician had purposely failed the inspection due to a personal conflict.

“The machines supplied were better,” he said. “And this inspection has proven that.”

At the time of the conflict, the company had stated that the delivered machines had an upgraded motor capacity or RPM (Revolutions Per Minute, indicating the speed at which the machine counts cash). The samples had an RPM of 4,200, an upgrade from the expected 3,600, and the Bank had already approved 1,500 pieces with similar specifications.

Impact Technology, as a direct supplier, had provided 3,764 of the same cash-counting machines to the Bank in 2015. It has also provided a similar service to other banks, including Abay, Awash and Lion, and the Development Bank of Ethiopia in previous years.

The consequences of holding up the machines may incur the Bank costs that may be hard to reverse, like losing customers due to dissatisfaction, according to procurement experts.

Most notably, delays in the procurement process and a lack of robust procurement systems affected the company’s overall performance, according to Ephrem Negash, head of the logistics & supply chain management department at Bahir Dar University.

“This is a product that could have been in use all this time,” he said. “This makes it difficult to operate based on a schedule.”

The role of arbitration in procurement cases with regard to the selection of a third party should be decided on before any disputes, according to Ephrem. In the case where both sides agree on a third-party arbitrator as part of the contract, the arbitrator’s decision is likely to be final, he added.

“The differences between the sample machine and delivered machines may also not necessitate a rejection,” he said. “In the case where the arbitrator would find that the delivered machines are superior, then accepting the decision would be simple.”

Repeated inquiries by Fortunefor a response from the Commercial Bank of Ethiopia bore no fruit.