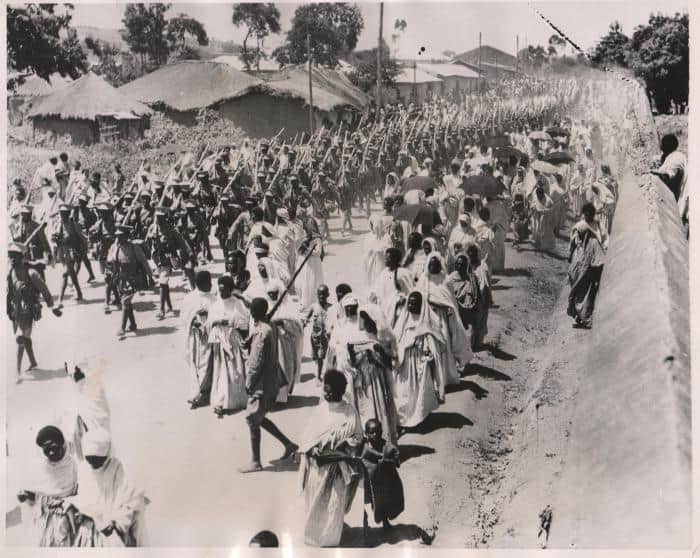 For lots of historians, World War II started when 100,000 Italian soldiers attacked Ethiopia through Eritrea and Somalia in October 1935.

Ethiopians resisted vigorously, but the invaders used ‘mustard gas’ against the civilian population during the bombings.

Among the Ethiopian forces defending the country was the Greek military commander of Sidamo, Savvas Karavasilis, from the Dodecanese.

The Italians tried to bribe him, offering him offices.

Karavassilis refused and went on fighting.

When Sidamo fell to the Italians, Karavasilis was arrested and executed.

A Greek doctor, George Dassios, offered many services to the Ethiopian army during the war.

In July 1935 he was head of the hospital in Dessie. When the city was bombarded Dassios treated several patients until the time he was arrested. After the liberation of the country, he was decorated by the emperor.

Members of the Ethiopian resistance were Efthimia Borovilla, wife of Vassilis Aslanidis who had given her home to the Ethiopian defenders and Wolete Amanuel, wife of Stelios Papatakis, who was the head of a resistance group.