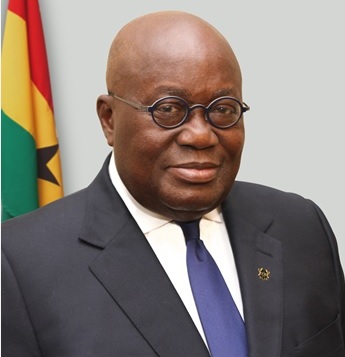 Like Charles Dickens’ Oliver Twist, a Professor in finance and economics at the University of Ghana, Legon, has asked for more from the President, despite admitting that he has done far better than his predecessor, John Mahama.

Prof. Godfred Alufar Bokpin who was commenting on the 2020 Budget on JoyNews PM Express said, “If we have to compare ourselves to the Mahama administration, it may suggest that we have done extra-ordinarily well (and we are likely to start popping Champaign), but I think that we should have a better benchmark to do so.”

At the colourful event which had in attendance the Vice President, Dr Mahamadu Bawumia, the Finance Minister increased 2020 revenue target to GHS67.1 billion, a projection that many experts are sure to describe as ambitious since for many years, the government has missed revenue targets.

Ken Ofori-Atta went to great length to demonstrate that the government has improved the fortunes of Ghanaians in the last three years.

According to him, the government has, directly and indirectly, put an amount of 12.2 billion cedis into the pockets of many Ghanaians since 2017.

This, the government did through its major initiatives and social interventions.

For instance, the Free SHS policy, has saved parents a total of 1.8 billion cedis over the last three years according to the minister.

That was not all, “Planting for Food and Jobs,” he added, has saved farmers a total of 844 million cedis. While nursing trainees have also received a total of 336 million cedis in the form of allowance within the last three years.
More room for improvement

But speaking Wednesday, Prof. Bokpin said, “despite the progress that we have made we are growing far below our potential.”

He attributed that to “inappropriate capital spending.”

According to him, instead of government investment in infrastructure, which he said are “the growth drivers of the economy,” a chunk of public funds is being used in the servicing of interest on debts and paying salaries.

“When you see the growth in expenditure especially in compensation of employees and then you look at the growth in our interest payments, these two items alone have taken almost all the space and that leaves practically nothing for the government to do infrastructure financing which is needed to enhance the growth drivers of the economy.”

While he praised the government for improvement in micro-level variables such as inflation, stable exchange rate and low-interest rates, he said these can only reflect in the pocket of Ghanaians if investment in infrastructure is made in the non-oil real sector.

To raise money for the needed critical investments in the infrastructure, Professor Bopkin suggested to the government to use ingenious ways to raise the needed capital through taxation, including ensuring that the majority of those not paying taxes do so.

Watch the full discussion below:

Mahama names ‘useless’ ministry his govt will scrap if elected