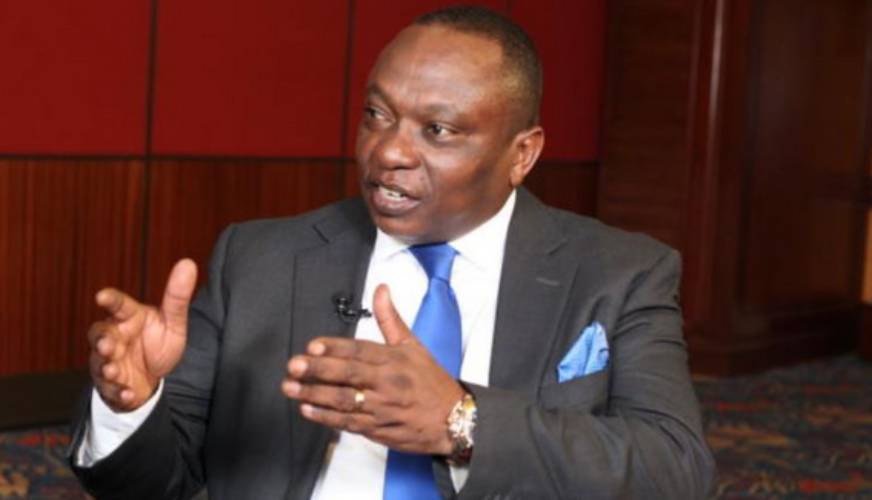 AfricaPress-Kenya: Pressure is piling on the government to revise recent restrictions aimed at checking the spread of the Corona Virus.

In a statement, the Kenya National Chamber of Commerce and Industry (KNCCI) is calling on the state to lift the lockdown in Nakuru, Kiambu, Machakos, and Kajiado among other proposals that would squeeze individuals and businesses across the country.

The Chamber proposes a four-day lockdown in Nairobi because of the high number of cases recorded in the county. During the lockdown in the city, it says mass testing should be conducted and those identified as positive cases should be isolated in home-based care and be taken through treatment.

From the results of mass testing, the county zones with the highest positive cases should be marked as red zone while areas with lower rates of infection marked as Green Zones. The lobby group says strict enforcement should be enforced to ensure those in the red zone do not move in green zones.

“The zoning model worked well in China during the peak of its pandemic and could be borrowed as a best practice for Kenya at this time,” says Richard Ngatia, President, Kenya National Chamber of Commerce and Industry.

“After the process has been completed in Nairobi, the same procedure shall be mapped on the next most infected county until all citizens get vaccinated,” he added.

In his speech last week the President adjusted curfew hours in Nairobi, Kiambu, Machakos, Nakuru and Kajiado to 8 pm from 10 pm and ends at 4 am, among other measures that have proved to be a challenge to many individuals and businesses.

International travellers have also not been spared after Uhuru commanded that those travelling into and out of the territory of Kenya possess a negative Covid-19 PCR certificate acquired no more than 96 hours earlier.

Ngatia said the chamber has received appeals from business calling on the government to reconsider certain measures and incentives given to the businesses to ensure continuity and sustainability.

To safeguard businesses, the chamber wants the State to revise downwards current fuel prices, offer small businesses recovery financing stimulus, and for banks to offer moratoriums and extend existing loan repayments.
Other items in the proposal include the revision of Value Added Tax to 14 per cent, allowing hotels, eateries to re-open under strict guidelines, the 1 per cent minimum tax be frozen to cushion small businesses and quick resolution of tax disputes to help unlock Sh400 billion into economy.

“We observe with concern that the current health crisis has already devastated the local economy, and the measures could hurt an already suffering nation.”

On Wednesday, the Central Bank of Kenya said it doesn’t rule out restoring relief measures should the new rules prove unbearable to businesses.

Chamber of Commerce asks government to open the alcohol industry