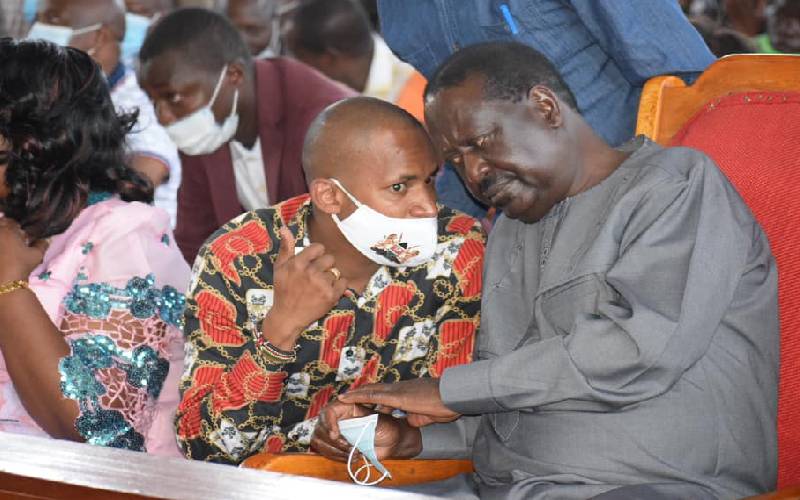 According to Article 88 of the Constitution, a person is not eligible for appointment as a member of the Commission if the person has, at any time within the preceding five years, held office, or stood for election as MP, MCA or a member of the governing body of a political party, or holds any State office.

Owino surprised mourners during the funeral of former Ndhiwa MP Zablon Owigo Olang when he appealed to ODM leader Raila Odinga to support him in his quest to occupy the IEBC chairmanship slot.

The legislator was not impressed with the slow manner in which the electoral commission is verifying signatures collected in support of the Building Bridges Initiative.

“Wafula Chebukati should fast-track the signature verification exercise so that all can be clear for the much-awaited referendum. But after the referendum, it will be time for Chebukati to go so that I can take over,” said Babu.

IEBC sparked outrage with its call upon Kenyans to verify whether they indeed signed in support of the BBI referendum.

On Thursday, the electoral commission, in a notice published after verification of about 1.3 million signatures, asked voters to confirm if they indeed signed.

The electoral agency has in recent weeks come under pressure for alleged slow verification of signatures that could derail the referendum timeline.

“Anyone who has been captured as a supporter without their consent can report to the commission by writing to the CEO indicating their objections.”

IEBC asked aggrieved signatories to submit the reservations by email or hand-delivery by Monday close of business.