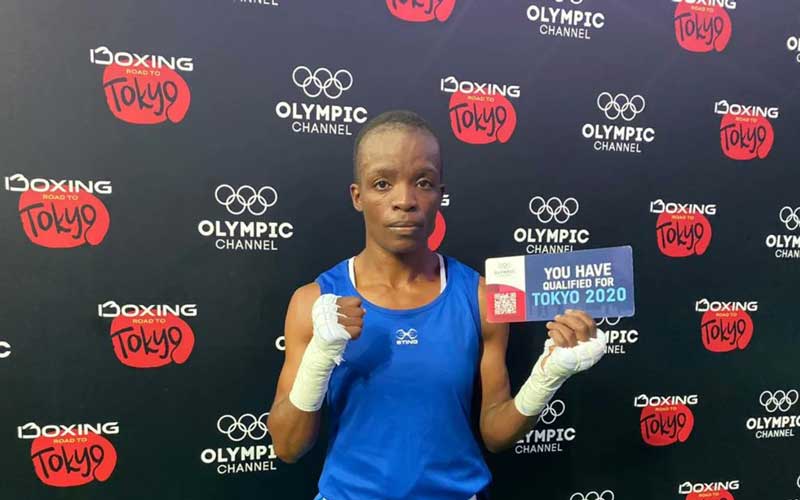 Kenya’s Christine Ongare brushed off Uganda’s Catherine Nanziri at the Africa Boxing Olympics qualifiers in Dakar, Senegal on Saturday, February 29 to book her place at the Tokyo 2020 Olympic Games.

Ongare, who became a mom at the tender age of 12, out-boxed the skilful Ugandan, winning eventually by unanimous points decision.

The commonwealth bronze-medalist beat the Ugandan in the Box-Off Women’s Flyweight category to join Niko Okoth, the other Kenyan boxer who has qualified for the Olympic Games.

She has done it! Dream come true for Christine Ongare 🇰🇪 as she seals #TokyoOlympics slot after a Box-Off win over Ugandan Catherine Nanziri in women's flyweight at Africa Boxing Olympic Qualification in Dakar. #RoadtoTokyo2020 #TeamKenya #HitSquad pic.twitter.com/wKiiM4M2T6

Dope! They are Africa’s fabulous women in sport. They are both mothers; both competing at elite international level. They are 44 yr old Nigerian table tennis player Olufunke Oshonaike and 28 yr old Kenyan boxer Christine Ongare. And they hav both qualified for the #TokyoOlympics pic.twitter.com/C1wRwGpzky

Ongare bows out of the Africa Zone Three Boxing Championships