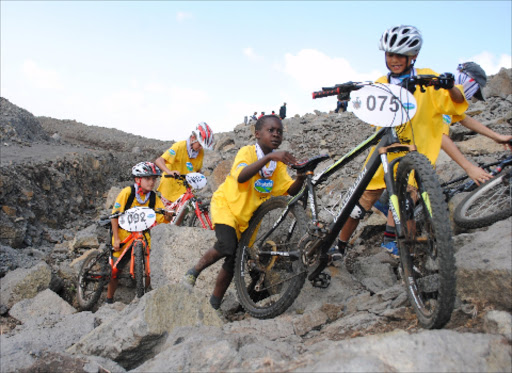 “In order to achieve their target of qualifying to the Kenya Premier League, we must keep winning. We can’t be complacent at the moment. So far, I’m happy with the progress but we are aware that second round will be tough,” he said.

Alagic spoke at Gusii Stadium after his team edged Shabana 1-0 in an entertaining game. Centre half Abdalla Salim scored the lone goal in the second half after a goalmouth scramble.

On the team’s performance, Alagic said: “We expected a very tough game from Shabana who are a very good team with great fans. It’s rare to play before these fans in the league and they also have a good stadium.”

The 42-year-old Bosnian coach however noted that his charges created many chances which they failed to utilise. The coach praised new signing Peter ‘Pinchez’ Opiyo, who was signed alongside former AFC Leopards forward Aziz Okaka.

“Pinchez is a good player and I’m very delighted with his capture. He will help us because he is professional and hard working,” said the tactician.

He added:“Pinchez didn’t play today because his card was not ready. However, I expect him to play in the next match.”

The coach added that he is in talks with four other players. “We shall confirm the new signings in the next one week,” he told reporters.

At the same time, The Jonathan Jackson-sponsored side has released Nahashon Thiongo and centre back Cornelius Mwangi. Shabana’s Vincent Nyaberi rued the loss of influential captain Wycliffe Nyangechi to injury in the first half.

“We played well against City Stars who are  very experienced side but luck was not on our side today,” said Nyaberi a former defender.

He defended his selection amid complaints from fans, saying he fielded the best players in the game.

Nyaberi said he is keen to strengthen the team in the current transfer window. “We have already signed four players but we are looking to sign four more before the transfer window closes,” he revealed.