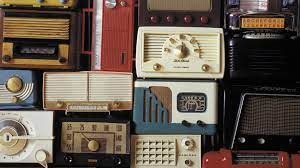 Africa-Press – Lesotho. Due to the impact of COVID-19 UNICEF, together with MISA-Lesotho, will celebrate World Radio Day (WRD) on February 26 instead of the annual regular date of February 13. This year the global event will be celebrated under the theme “New World New Radio” with three sub themes; evolution, innovation and connection.

As 2021 marks the 10th anniversary of WRD and 110 years of radio, Director of MISA Lesotho Lekhetho Ntsukunyane said despite delays in preparing to mark WRD in Lesotho on the actual day of celebration, a lot has been planned on the chosen day.

Pluralism and diversity are key elements in radio, he said, therefore they continue to discuss and stress their importance in order to grow radio. “We need to ensure that we help develop radio, and not only in numbers but in reach.

We have about 30 radio stations in Lesotho but only two of them have a wide reach nationally. Therefore, does that (the large number of radio stations on its own) promote diversity?” he said, highlighting that when more radio stations have a wider reach, a larger audience will be exposed to a variety of content.

Ntsukunyane said it is important for programming in the radio stations to also cover all social issues equally. “Our local radio stations need to cover everything in their programming; they need to give Basotho information about all issues that affect them equally, not just political issues,” he said adding that amid the COVID-19 pandemic, radio needs to play a bigger role in dissemination of information.

The editorial structures in radio stations also need to involve all age groups. “We encourage that there be equal representation in newsrooms as well so that we reach all Basotho, young and old,” he said.

In her message for this 10th anniversary Audrey Azoulay, UNESCO Director-General recalled the past year which highlighted the extent to which radio, as a young medium, developed some 110 years ago, yet remains essential to contemporary societies.

The COVID-19 pandemic, she said, has reminded the world of its added value with a penetration rate of over 75 percent in developing countries where it remains the most accessible medium.

“That is why it has been a key tool for our action in response to the crisis. It has helped to save lives by making it possible to relay health instructions, make reliable information accessible and combat hate speech.

UNESCO has harnessed its potential by producing royalty-free audio messages in 56 languages and offering them to radio stations around the world to counter false rumours. It has also enabled continuity of learning for populations that could only be reached through such means,” Azoulay said.

UNESCO, with the Global Education Coalition, has thus developed effective teaching over the airwaves, she continued, making an example of the Democratic Republic of the Congo, where the organization has developed and disseminated educational content for more than 4 million learners, broadcast on community radio stations.

“Radio thus remains an essential medium that proves its resilience on a daily basis, along with its capacity for innovation.

The director general noted that in this century of images, radio accompanies mornings and evenings, and mirrors the thoughts of a world that must be heard to be understood. She said with the creation of internet radio, podcasts, smartphones and new technologies, it is truly blossoming in its second youth.

“This World Radio Day, with its theme “New World, New Radio”, affirms the central role of radio, for today and tomorrow, because, more than ever, we need this universal humanist medium, vector of freedom.

Without radio, the right to information and freedom of expression and, with them, fundamental freedoms would be weakened, as would cultural diversity, since community radio stations are the voices of the voiceless.

On this World Day, UNESCO calls on everyone – audiences, radio broadcasters and audiovisual professionals – to celebrate radio and its values and to promote reliable information as a common good,” she said.

Celebrating the day in Maseru in 2020 the then Minister of Communications Science and Technology, Chief Thesele ’Maseribane, decried lack of professionalism on radios, which he ascribed to opinion reports that are dressed as facts “which are clearly targeted at discrediting all efforts of the government.

Chief ’Maseribane was addressing scores of radio personalities through the ministry’s Principal Secretary ’Mabotle Damane during the celebration at MISA-Lesotho premises on February 14).

To also to the day, MISA-Lesotho organised a press club and the events saw massive attendance of personalities from various sectors of radio production.

Quality of sleep matters for your health, not just the duration – new study

Ancient Palmyra Could Have Fallen Because of Hunger, New Study Shows

Venus’ Movement on Opposite Side of Sun Caught on Video