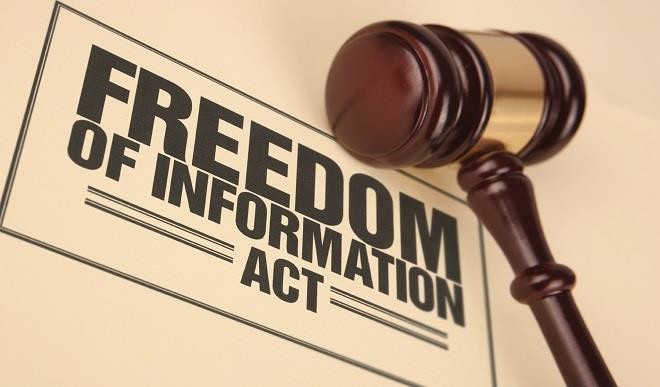 Africa-Press-Nigeria Freedom of Information (FOI) Act was signed into law on May 28, 2011, after the longest legislative debate in the history of Nigeria.

.The debate lasted’ for over 12 years. The law was passed to enable the public access government information, in order to ensure transparency and accountability.

Civil Society Organizations and Media practitioners have been at the fore front of this giant achievement.

Assenting FOI Act is one of the major land marks of the former Nigeria’s President Goodluck Jonathan.

The Freedom of Information Act (FOIA) supersedes the Official Secrets Act (OSA), originally enacted in 1911, which forbade the unauthorized transmission, obtaining, reproduction, or retention of any classified matter.

The Act applies not only to public institutions but also to private organizations providing public services, performing public functions or utilizing public funds.

The underlying philosophy of Freedom of Information is that public servants are custodians of a public trust on behalf of a population who have a right to know what they do.

In particular, the FOIA is meant to remove the aura of mystery and exclusion within which public servants cloak the ordinary operations of government and public institutions.

It also seeks to change the manner in which public records and information are managed.

The Act builds on the presumption of openness, by placing on those who wish to keep public information away from the people, the onus of justifying why they have to do so.

Who can make a request under the FOIA?

Any person, group, association, organization, . can make a request for information under the FOIA. The request must be in writing with a clear description of the information being sought, and in compliance with specific institutional requirements.

How is an FOIA request made

To get information under the FOIA, a request must be made either in written or electronically via email describing the information sought for, and the preferred format of the response, in as much detail as possible.

Who is responsible for responding to an FOIA request

It is the decision of an Agency to assigned the person to be responsible for the FIOA request responds within the specified days stated by the act which is Seven working days.

In an effort to enlighten and enhance the Capacity of Government officials and Civil Society Organizations Rule of law and Anti corruption ROLAC Project a British Council program funded by European Union – EU organizes seperate trainings for Civil Societies ,Journalists , Permanent Secretaries and head of Agencies of Kano State Government on what the Freedom of Information is all about.

The Facilitator of the both trainings Dr. Walter Duru who is also the National Chairman of Freedom of Information Coalition Nigeria discussed extensively on FOI Act ,its over view and Information exempted from general access under the Act.

He also emphasized on the duties and Obligations of Public Institutions under FOIA.

Dr. Duru however talk about the legal Implication of refusing to respond to FOI requests which include fines and Imprisoment.

Ibrahim Garba Maryam who is an Activist with interest in fighting corruption is one of the participants at the FOI training in Kano.

The Activist said he writes about eighty FOI requests among which some are responded while others were not.

Garba Maryam added that he presently sues Kano State Internally Generated Revenue Service at a Federal High Court for refusing to respond to his request on the name and number of taxzation firms engaged by the Kano State Governments as Consultants.

The two Permanent Secretaries said the training enhances their understanding of the Act and expressed their will to facilitate its application in their respective Ministries
and Agencies.