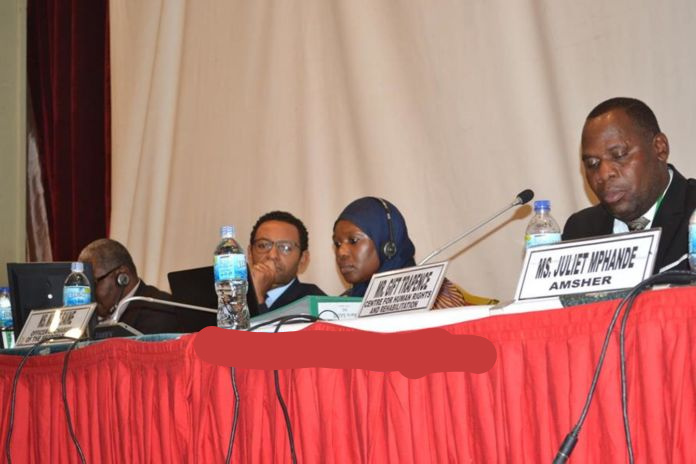 The African Commission on Human and Peoples Rights (ACHPR) has launched two reports at its 65th session on Thursday held at a local hotel in Kotu, about 17.9 kilometres from the capital, Banjul. 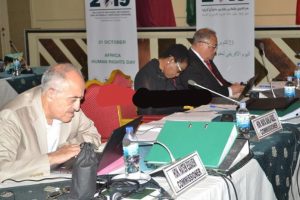 The launch was done during the public consultation panel, with delegates from all over the African continent, including State Parties, Non-Government Organizations, Human Rights Organizations and Civil Society Organizations in attendance.

The two reports are titled; “Addressing Human Rights Issues in conflict Situations” and the “Background Study on the Operation of Extractive Industries in Africa.”

Study on Addressing Human Rights Issues in Conflict Situations
The chairperson of ACHPR, Solomon A. Dersso, said the study is a result of Resolution 332 of the African Commission on Human and Peoples Rights which called for conduct of a comprehensive study that analyses conflicts and crisis situations on the African continent, the impact that these situations have.

Commissioner Dersso said the Commission did not have a dedicated framework for a proactive engagement with issues relating to human rights issues in conflicts situations, so the idea is to review the experience of the Commission in this respect and reinforce the existing framework and arrangements in the Commission to have a proactive response.
He said one other element that this study also takes into account is that the response of the African Union to crisis and conflicts situations in the continent has increased exponentially with the establishment of the Peace and Security Council (PSC) of the African Union.

“So, part of this work is to integrate the work of the Commission and mainstream it into the broad African Union policy making bodies, principally, the Peace Security Council of the African Union. And in this respect, part of the recommendation here is how the Commission may go about establishing a close working relationship and how that working relationship may impact the undertaking,” he said.

Notwithstanding, the study has recommended the African Commission to establish a new special mechanism which would devote on monitoring, reporting and responding to human rights violations that occur in conflict and crisis situations.

It also asked the Commission to designate a Commissioner focal person for conflict and crisis situations until such time when the above mechanism suggested is implemented. 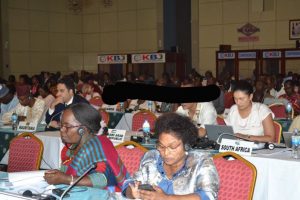 Background Study on the Operation of Extractive Industries in Africa

ACHPR chairperson Dersso said one of the important contributions of the Working Group on the aforementioned study was to draw attention to the specific and often very serious human rights issues that arise in the extractive industries.

“The extractive industry is a sector with very huge impact on the land, the environment, the living conditions as well as the livelihoods of quite significant population of the continent; a sector which has the potential to contribute tremendously to the development of Africa but as you know this is also a sector that is characterized by what we call the natural resource course, a phenomenon. It is not really a natural phenomenon, it is a human made phenomenon,” he said.

Dersso said extractive industries often operate in a manner that is not compliant with the provisions of the African Charter of Human and Peoples Rights.

“They also have huge amount of political and economic power which squeeze the relationship between States and Extractive Industries in their favour and to the detriment of the population of African States,” he said.

The session continues today at a local hotel in Kotu, The Gambia. The 65th ordinary session started on 21st October 2019 and will end on 10th November 2019.