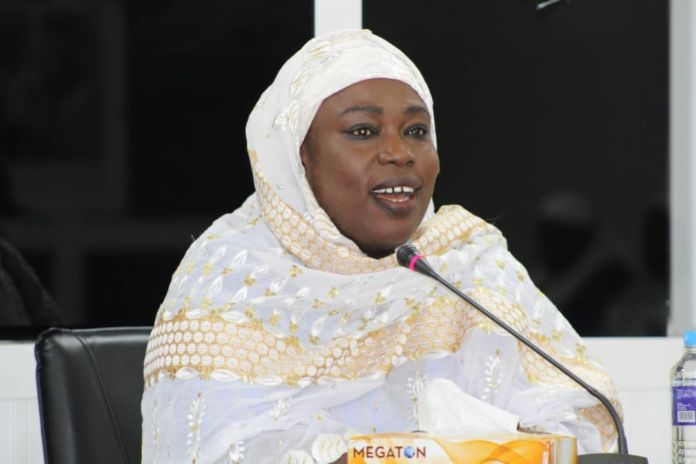 Tida Jatta – Jarju, who appeared before the Truth, Reconciliation and Reparations Commission (TRRC), said former President Yahya Jammeh used to organize beauty pageant where those that emerged as winners were identified and provided with scholarship up to their tertiary education level. She said Yahya Jammeh was the Patron of the students’ beauty pageant.

The 48 – year – old said there came a time when the number was reduced from 100 to 22. The Banjul born said in the year 2006, there was a Miss Black USA Beauty Pageant and the Ministry (MOBSE) participated in the process. She said 50 girls came from the United States of America and 50 girls were selected from the Gambia Senior Secondary School to compete in the show. She said their participation was an eye-opener for them.

She said in 2008, MOBSE was involved in the Miss 22ndJuly Beauty Pageant and this was suggested by the former President Jammeh but the only difference it had with the Miss Black USA was that it (Miss 22nd July) was offering scholarship to participants.

The resident of Kerr Sering said the criterion involved in selecting the girls was their level of intelligence and comportment. She said there was a committee set up for the selection of the winners. She said 70 were selected from both Junior and Senior Secondary Schools across the regions while 30 emanated from the Tertiary level making it a hundred students beauty contest. She said among the things the judges consider when selecting the winners was their cultural dresses, their talent among other criteria. She said winners from the Upper Basic levels were entitled to scholarship up to their Bachelor’s Degree Level while those at the Secondary were sponsored up to Masters Level. She added that those that aspired for courses that were not done in The Gambia were awarded scholarship for overseas education. She said for the first edition, only two were sent for overseas learning.

“The former President (Jammeh) financed the pageant,” she said.

She said the former President used to organize Banquet for the students and judges in Kanilai, adding that she attended the first edition.

“The girls did not do anything. They were only served with food and beverages,” she said.

She said the State House used to contact her that they needed ushers and that she should contact the beauty contestants if they were interested. She said some accepted the offer following consultation with their parents, but others were reluctant.

According to her at the latter part, she was not getting calls from protocol Officers, Office of the President. She said as a concerned person, she used to advise the girls to be careful with their lives so that they could achieve their dreams.

She recollected that a person working at the former Office of the President as a protocol officer went to a particular girl’s house and said they wanted to help the winner in a different way. She however said she used to tell the families of the girls that such advances by those people were not genuine. She said she later heard that she was sexually abused by former President Jammeh.

She said despite her smooth relationship with these girls, nobody had ever complained to her that something wrong was happening; adding that she didn’t know whether the girls had close proximity at State House.

Mrs. Jarju testified that two of the girls that benefited from the Miss 22nd July Beauty Pageant were subsequently employed as Protocol Officers at State House. She added that some of the girls could not continue with their education because the funds were not forthcoming.

She said there was a girl whose scholarship was terminated but after a year, she came back and her passport was seized from her and she was not able to go back. The educationist said the girl came out third in one of the editions of the beauty pageants and she subsequently got married.

The witness told the commission that if the request for girls to participate in events did not pass through their Ministry, it would be difficult for them to trace them. She added that one of the girls started to work as protocol officer when she was 17 years and she travelled with former president Jammeh together and two other girls that were at a Tertiary institute.