Africa-Press – Gambia. Champions Kombo East had the first heat of what certainly will be rocky path to their title defense.

They drew 1-1 to 10-man Brufut in the opening match Saturday at the Brikama Box Bar.

The Sanementereng boys first broke the deadlock in the second half when Ethiene Jatta found the back of the net in the 49th minute.

Kombo East put up a hard fight and were rewarded with an equalizer in the 63rd minute through Ousman Sonko.

Brufut lost a man in Yaya Jatta who was sent off for a second bookable offence.

As we went to press last night, Lamin was hosting Kombo Central ll at the Banjul KG5 while Gunjur takes on Serekunda West at the Serekunda West Mini Stadium and Foni locking horns with JAKU (Jarra and Kiang United) at the Brikama Box Bar. 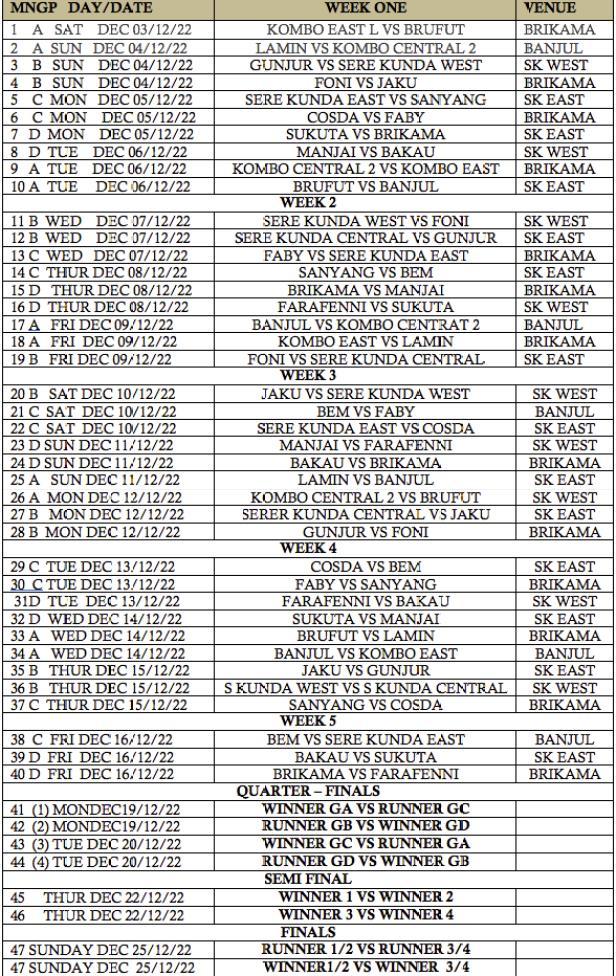 For More News And Analysis About Gambia Follow Africa-Press

Over 60 Scouts Embark On Capacity-Building Training