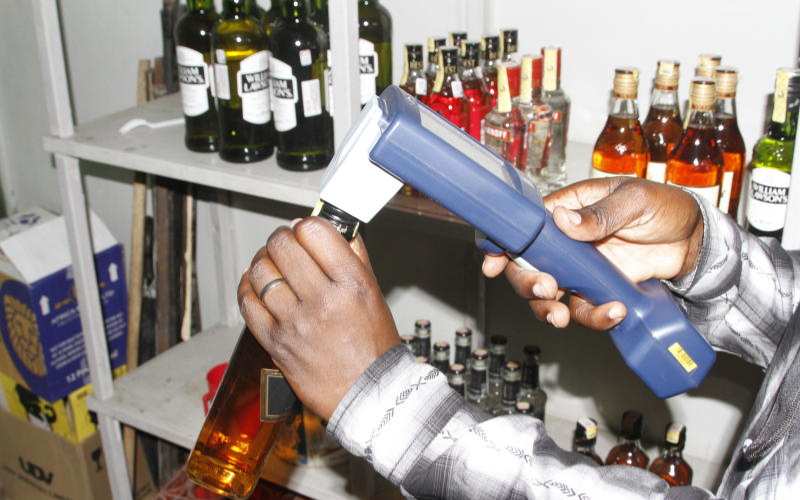 AfricaPress-Kenya: The amount of money you spend on your favourite tipple could go up as legislators move to make illegal the sale of alcoholic drinks in capacities lower than 750 millilitres.

A proposal to amend the Alcoholic Drinks and Control Act, 2010 seeks to increase the minimum amount of alcohol that manufacturers can package in a bottle from the current 250ml.

If it sails through, it could make alcohol less available to young Kenyans, a move likely informed by growing concerns around the increasing consumption of beers, wines and spirits among the youth.

The amendment could also mean that consumers who can currently afford the 250ml bottle, which is mostly used for spirits, will have to set aside more cash to buy a 750ml bottle. It could also lead to their consuming more of the drink.

The Bill, sponsored by Wundanyi MP Danson Mwakuwona, has already gone through the First Reading and is with the National Assembly’s Committee on Administrative and National Security, which is now seeking comments from the public before reporting back to Parliament.

Stakeholders have until next week Thursday to submit their views to the committee.

“The Bill seeks to amend the Alcoholic Drinks Control Act, 2010 to ensure that packaging of alcoholic drinks is in quantities not less than 750 millilitres,” reads a notice by the Clerk of the National Assembly.

“This is in order to deal with the menace occasioned by the sale of low quantities of alcoholic drinks, making them accessible to the youth.”

It is not clear if the law would apply to beers, which are mostly packaged in 500ml bottles and 300ml cans.

The current law banned the packaging of alcoholic drinks in sachets, which contained alcohol sometimes in quantities lower than 50ml.

The Bill also introduces provisions to have consumers pay a deposit for returnable glass bottles, which is currently an arrangement between traders and customers who leave an amount they can later claim on returning the bottle.

This is expected to play a part in environmental protection and feeds into some of the measures the government has implemented recently, including a ban on plastic bags and denying visitors carrying single-use plastics access to protected areas such as national parks.

Pupils arrive at school drunk after stumbling on local brew