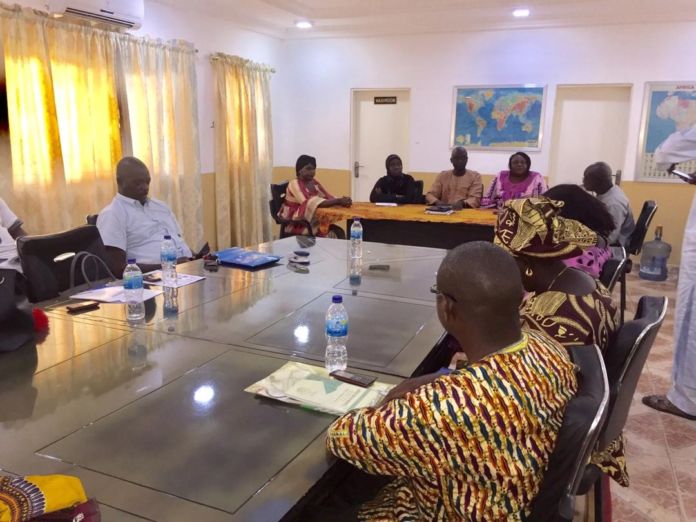 Advocacy and Campaign Officer at the Network Against Gender-Based Violence (NGBV) Mariama Johm has disclosed that their survey report shows that 75% of sexual violence victims are Schoolgirls.

According to the NGBV official, the above survey report was collected by their Network from five care institutions in the two Municipalities at the national level and one hospital in the regions; that it shows an increase in the number of sexual violence cases reported from 2017 to 2018; that from 2014 to 2018, 941 cases of sexual violence was recorded and more than 75 percent of these victims were Schoolgirls.

Johm said this high increase in the number of reported cases of sexual violence calls for concerted efforts to tackle the problem. She said there were incidents of Schoolgirls getting impregnated by their teachers; that instead of being dismissed, these teachers were transferred to other Schools in other regions of the country.

Marie Antoinette Corr, the Secretary General of the Gambia Teachers Union (GTU), said as teachers’ welfare is their concern, they have been able to implement activities such as Bantabas in the fight against School related gender-based violence with the Solidarity Center of America, who she said, are their main funders.

She said during the Bantaba, they were able to bring out seventy five teachers from all the seven regions of the country to come out and share their stories and experiences and to look at their recommendations as well as find solutions for these issues in order to combat it.

“We were able to develop visible materials, posters and stickers amongst others,” she said; that a couple of months ago, they were able to bring young activists together in order for them to make some recommendations as to what they can do to stop GBV in the Schools and communities.

GBV often stops girls from reaching their potentials and undermines their health, dignity, security and autonomy. However, it remains shrouded in a culture of silence.