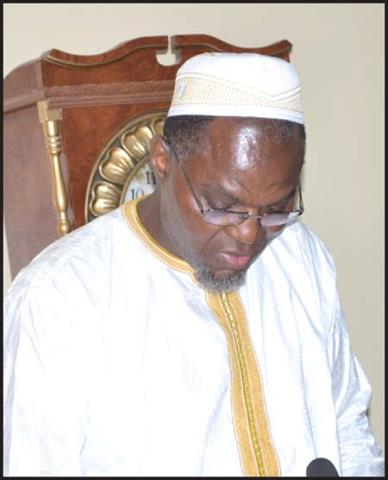 The Secretary General and Head of the Civil Service, Mr. Muhammed Jallow Wednesday afternoon presided over the signing ceremony of a $2million project between the government of The Gambia and the United Nations Development Programme Country Office in Banjul.

The UN Environmental Facility funded project intends to support The Gambia with the necessary technical and financial assistance to reduce the risks posed by a group of oily liquids and solid man-made chemicals called PCBs (Poly Chlorinated Biphenyls) and unintended Persistent Organic Pollutants (U-POPS) to the human health and the environment.

Secretary General Jallow said no one can underestimate the importance of the environment to the development of The Gambia. A great majority of the country relies on the river and marine resources for their livelihoods. Hence contamination of the waters will have serious impact on the population from both the cities to the rural areas.

Secretary General Jallow noted that the African Union has identified The Gambia’s First Lady, Mrs. Fatou Bah-Barrow as a Champion of environment conservation and protection. Hence the government’s dedication will be greatly enhanced by this laudable collaboration with the UNDP.

The Executive Director of the National Environment Agency (NEA), Mr. Dodou Trawally explained that the project will include the identification and disposal of 75 tons of PCB-contaminated equipment and waste and the reduction of U-POPS through the improved waste management practices and reduction of open burning of waste.

These materials and substances stay very long in the environment before they biodegrade, especially the mercury, which is contaminative to fish. Fish is one of the heavy dependents of The Gambia for food consumption.

The UNDP Resident Representative, Dr Aissata De said environment is one of the key priorities and areas of intervention in terms of closeness to the population for the UNDP. She said they are committed to supporting government efforts and all stakeholders on the path for the achievement of the goals of the NDP, the SDGs, the Agenda 2020 and Agenda 2063.

“We all know the impact and the importance of the environment on our daily lives and on development in general. This project is one more action because we have longstanding partnership between the National Environment Agency, the Ministry of Environment and the government,” she said, thanking all other collaborators that UNDP has been working with for the environment and the people for the ownership of those projects.

The NEA is the implementing partner for the government, while the UNDP country office is the Global Environment Fund (GEF) implementing agency for this project. Other stakeholders include the Ministry of Environment and Climate Change, the Gambia Ports Authority, the KMC NAWEC, among others. It is geared towards supporting the implementation of the National Development Plan 2018-22021 in The Gambia.